Bernanke Talks Tough But Was Weak When It Mattered

Ben Bernanke now says Wall Street executives should have gone to jail for criminal misconduct that led to the financial crisis. But accountability wasn’t a priority when he was Fed chair. 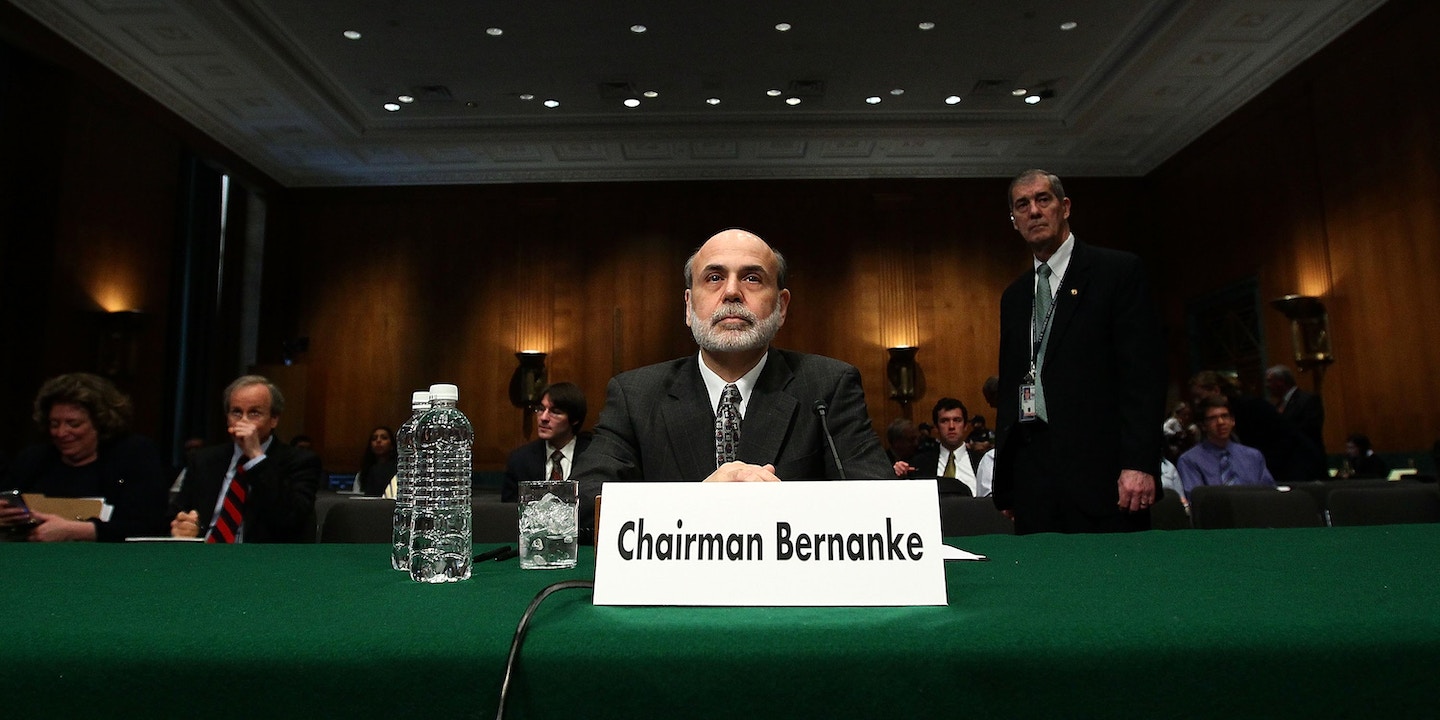 Former Federal Reserve Chair Ben Bernanke joined practically everyone in America by saying in his new memoir, The Courage to Act, that more Wall Street executives should have gone to jail for criminal misconduct that led to the financial crisis.

“It would have been my preference to have more investigation of individual action, since obviously everything what went wrong or was illegal was done by some individual, not by an abstract firm,” he wrote.

Unlike practically everyone else in America, however, Bernanke was in a pretty good position to actually facilitate criminal misconduct proceedings, if he wanted to see them so badly — as head of the nation’s most powerful bank supervisory agency from 2006 to 2014.

The Fed, like all banking regulators, can initiate criminal referrals to the Justice Department for individuals they find to have broken the law. This acts as the first line of defense to discipline criminal misconduct on Wall Street.

But such activities were absent during the period when Bernanke was chair, according to criminologist and law professor Bill Black. “The Federal Reserve appears to have made zero criminal referrals; it made three about discrimination,” Black told Bill Moyers in 2013.

And when Bernanke took action, his stumbling attempts at accountability weren’t just inadequate; they were absurd. The one major action his Federal Reserve took regarding specific conduct regarding the financial crisis wound up as the most embarrassing display of fake accountability in the history of the Obama administration.

The mortgage securitization process that fed the housing bubble and generated the financial crisis also led to widespread foreclosure fraud, and in April 2011, the Fed, along with the Office of the Comptroller of the Currency, issued enforcement orders against 10 major banks over “misconduct and negligence related to deficient practices in residential mortgage loan servicing and foreclosure processing.”

Explicitly alleging violations of state and federal law, the two agencies decided to institute the “Independent Foreclosure Review” process, where third-party consultants would examine all 4.2 million foreclosure cases from 2009 and 2010, to check for errors and determine an appropriate level of compensation.

At the time, state and federal law enforcement were investigating the same practices of illegally foreclosing on homeowners in courts, using multitudes of false documents because, after securitization, banks lacked actual standing.

The Fed’s split from that investigation reduced the leverage of the larger inquiry.

The Fed designed a confusing review process that took as many as 50 hours to complete a full file, racking up $2 billion in billing for third-party reviewers in 18 months. And the Independent Foreclosure Reviews turned out to be neither independent nor reviews. Banks hand-picked their own reviewers and were responsible for their payment. And predictably, whistleblowers alleged that the reviewers, at the behest of their employers, deliberately minimized evidence of borrower harm.

In the end, the Fed decided to cancel the reviews, ordering the 10 banks to instead pay $3.6 billion in cash to the 4.2 million foreclosed families, an average of less than $1,000 per foreclosure. These sums were split into broad and seemingly random categories. According to the payment agreement, 234,000 borrowers had their loan modification approved, were thrown into foreclosure anyway, and received for their trouble — for having banks try to steal their home — a whopping $300.

The checks initially bounced. Some were so insulted by the piddling amounts they never cashed them or mailed them back. There was another $5.7 billion in alleged “homeowner assistance” in the agreement, where if the bank reduced payment by $1,000 on a $500,000 house, they got credit for $500,000 in relief.

This is what Ben Bernanke considered proper application of justice when he was in power at the Federal Reserve. Only after he relinquished that power did he decide that the country should have punished bankers more severely.