Why Bombing the Kunduz Hospital Was Probably a War Crime

Hospitals and the people inside them have protected status under international law. Even if soldiers were at the hospital, its destruction would be difficult to justify. 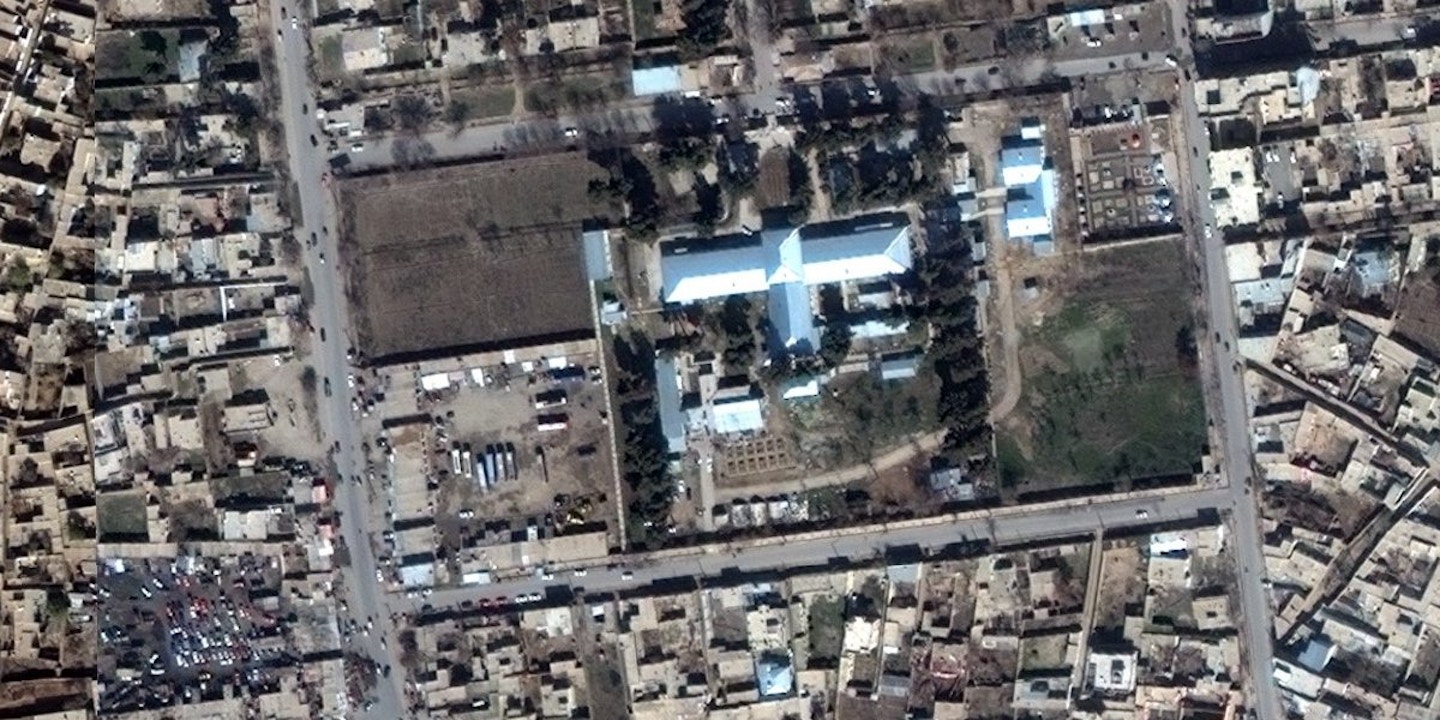 Did the U.S. military commit a war crime when it bombed a hospital in the Afghan city of Kunduz and killed at least 22 people? It’s too early for experts to say for certain, but there’s good reason to believe the attack may have violated international humanitarian law.

Hospitals enjoy special status protecting them from deliberate attack, and they are generally filled with protected persons — medical personnel, civilians, and sick or wounded soldiers, enemy as well as friendly — none of whom may be willfully wounded or killed.

“While hospitals can lose that protection if they’re being used for military purposes, the standard is very high,” says James Ross, the legal and policy director at Human Rights Watch. What if the unsubstantiated Afghan claims about Taliban fighters being deployed at the hospital are true? “Even if this were the case it would have not have allowed for the kind of attacks that struck the hospital,” Ross told me.

On October 3, a U.S. AC-130 gunship fired on a Médecins Sans Frontières hospital in Kunduz, Afghanistan, for more than 30 minutes, killing 12 staff members and at least 10 patients while wounding 37 others. “There are no words for how terrible it was,” said MSF nurse Lajos Zoltan Jecs, who was in the trauma center during the airstrike. “In the Intensive Care Unit six patients were burning in their beds. The first moments were just chaos. Enough staff had survived, so we could help all the wounded with treatable wounds. But there were too many that we couldn’t help.”

One of the last providers of medical care in Kunduz — the first major enclave to fall to the Taliban since the Afghanistan War began in 2001 — MSF has since withdrawn its personnel from the city.

Initial reports from the U.S. military alleged that U.S. forces were under attack in the vicinity of the hospital, prompting the airstrike. Gen. John Campbell, the commander of U.S. forces in Afghanistan, later said this was actually not the case and that it was Afghan forces that requested air support, though he also said, speaking in broad terms about sites like medical facilities and schools, that “we do not strike those kind of targets, obviously.” Afghan officials later claimed the “hospital campus was 100 percent used by the Taliban,” a charge that MSF strenuously denies.

Even if there was any truth to those allegations — and to date, no evidence has emerged of the Taliban fighting from the hospital grounds — the bombing would likely still be a violation of international law.

“These statements imply that Afghan and U.S. forces working together decided to raze to the ground a fully functioning hospital with more than 180 staff and patients inside because they claim that members of the Taliban were present,” Christopher Stokes, MSF’s general director, said in a statement. “This amounts to an admission of a war crime.”

According to Jonathan Horowitz, a legal officer for the Open Society Justice Initiative who formerly worked as an adviser at the U.S. Embassy in Kabul, those who plan and decide attacks are required to “do everything feasible to verify that the objectives to be attacked are neither civilian nor civilian objects and are not subject to special protections. The planners must also take all feasible measure to choose the means and methods of attack with the view of avoiding, or at least minimizing, incidental loss of civilian life and injury to civilians and civilian objects.”

International humanitarian law allows for collateral damage to hospitals if a strike in the vicinity causes destruction that is not excessive compared to the direct military advantages gained by the attack. HRW’s Ross pointed me toward the latest draft of the Pentagon’s Law of War Manual, released in June, which reinforces the necessity of proportionality. It notes that “forces receiving heavy fire from a hospital may exercise their right of self-defense and return fire. Such use of force in self-defense against medical units or facilities must be proportionate. For example, a single enemy rifleman firing from a hospital window would warrant a response against the rifleman only, rather than the destruction of the hospital.”

The United Nations’ High Commissioner for Human Rights, Zeid Ra’ad Al Hussein, also raised the possibility of criminality in Kunduz. “International and Afghan military planners have an obligation to respect and protect civilians at all times, and medical facilities and personnel are the object of a special protection. These obligations apply no matter whose air force is involved, and irrespective of the location,” he said.

In a press conference yesterday, Gen. Campbell stressed that the U.S. “takes extraordinary steps to avoid harm to civilians” and blamed the Taliban for fighting “from within a heavily urbanized area, purposely placing civilians in harm’s way.” He also downplayed the effects of the U.S. airstrike, which resulted in nearly 60 casualties, stating only that “several civilians were accidentally struck.”

Sarah Knuckey, an international lawyer and co-director of the Human Rights Institute at Columbia Law School, pointed to the key question of proportionality. “It is difficult to try to understand right now what kinds of mistakes, or negligence, or recklessness could lead to such a catastrophic outcome,” she said. “Did officials conduct a proportionality analysis here and conclude that 22 lives and 37 people injured and the loss of the only trauma center in the area were ‘proportionate’ civilian harms to the ‘military advantage’ of the strike?”

That sentiment is echoed by the Open Society’s Horowitz. “The significance of the harm caused to the hospital and to the patients, and the staff, and the caretakers within raise serious concerns about whether the attack was proportionate and whether the U.S. took the proper precautionary measures,” he said.

Asked for comment on the Kunduz strike and MSF’s contention that the attack constitutes a war crime, military spokespeople referred The Intercept to Campbell’s Monday briefing. “At this time the incident is under investigation, so we are not able to provide additional details,” said one of them. The U.S. investigation has been joined by NATO and Afghan inquiries, according to Campbell. MSF for its part “demands that a full and transparent investigation into the event be conducted by an independent international body.”

“It is critical that there be a detailed investigation to assess the legality of this strike. But the legal lens should not be the limit of analysis,” Knuckey said, emphasizing the need to look at the bigger picture — something beyond legal strictures and international codes of conduct — that might otherwise get lost amid the claims and counter claims about the attack.

“In this case, regardless of legality, what are the health, rights, humanitarian, and security implications for the people of Kunduz?” she asked.