On October 15, 2015 The Intercept published a cache of secret documents detailing the inner workings of the U.S. military’s assassination program in Afghanistan, Yemen, and Somalia. The documents, provided by a whistleblower, offer an unprecedented glimpse into Obama’s drone wars. The whistleblower who leaked the drone papers believes the public is entitled to know how people are placed on kill lists and assassinated on orders from the president.
By Jeremy Scahill 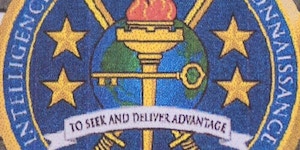 Decoding the language of covert warfare.
By Josh Begley New details about the secret criteria for drone strikes and how the White House approves targets.
By Cora Currier The tip of the spear in the Obama administration’s ramped up wars in Somalia and Yemen was a special operations task force called TF 48-4.
By Jeremy Scahill

Manhunting in the Hindu Kush 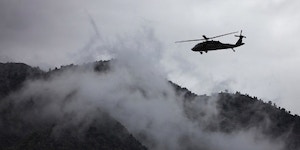 A secret Pentagon study highlights the chronic flaws in intelligence used for drone strikes in Yemen and Somalia.
By Cora Currier, Peter Maass

The Life and Death of Objective Peckham For years Bilal el-Berjawi traveled freely from the U.K. to Somalia under the watchful eyes of intelligence services. Then the U.S. killed him with a drone strike.
By Ryan Gallagher To reduce the “tyranny of distance,” drones fly from bases in Djibouti, Ethiopia, Kenya, and Navy ships.
By Nick Turse
Wait! Before you go on about your day, ask yourself: How likely is it that the story you just read would have been produced by a different news outlet if The Intercept hadn’t done it? Consider what the world of media would look like without The Intercept. Who would hold party elites accountable to the values they proclaim to have? How many covert wars, miscarriages of justice, and dystopian technologies would remain hidden if our reporters weren’t on the beat? The kind of reporting we do is essential to democracy, but it is not easy, cheap, or profitable. The Intercept is an independent nonprofit news outlet. We don’t have ads, so we depend on our members — 35,000 and counting — to help us hold the powerful to account. Joining is simple and doesn’t need to cost a lot: You can become a sustaining member for as little as $3 or $5 a month. That’s all it takes to support the journalism you rely on.Become a Member