President Obama broke his cycle of empty veto threats over Guantánamo on Thursday, sending a defense authorization bill back to Congress with a defiant message: “Let’s do this right.” 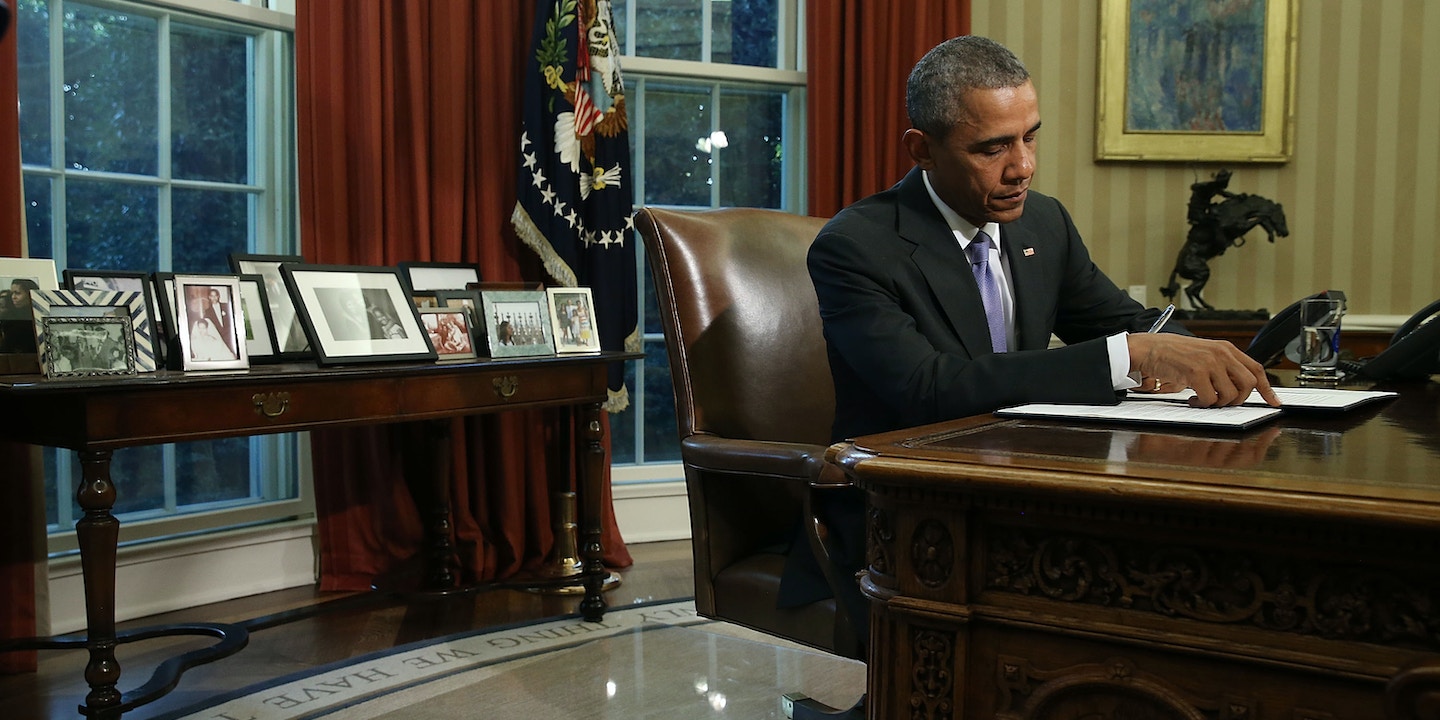 President Obama broke his cycle of empty veto threats over Guantánamo on Thursday, sending a defense authorization bill back to Congress with a defiant message: “Let’s do this right.”

It was only the fifth veto of his presidency, and came with a rare bit of flare: a public announcement in front of video cameras.

“This legislation specifically impeded our ability to close Guantánamo in a way that I have repeatedly argued is counterproductive to our efforts to defeat terrorism around the world,” he said. “Guantánamo is one of the premiere mechanisms for jihadists to recruit. It’s time for us to close it. It is outdated; it’s expensive; it’s been there for years. And we can do better in terms of keeping our people safe while making sure that we are consistent with our values.”

The fiscal year 2016 defense budget that arrived on Obama’s desk earlier this week attempted to ban all transfers of Guantánamo prisoners to the United States, heighten the barrier to shift them overseas, and prohibit moves to specific countries.

He also cited concerns about the bill’s use of a budgeting gimmick to circumvent spending caps and its failure to adopt certain reforms,  but Obama was particularly explicit about rejecting Congress’s attempt to keep the U.S. base at Guantánamo Bay in Cuba open.

“Because of the manner in which this bill would undermine our national security,” he wrote in his official veto message, “I must veto it.”

Obama had dramatically ordered the notorious Bush-era offshore prison closed on his first full day in office, in 2009. But by the end of that year it was already clear that his moral scruples were giving way to political calculation.

He proceeded to repeatedly give in to Republican Congressional opposition. For instance, the White House had previously threatened to veto defense authorization bills that contained provisions blocking the closure of the prison in 2011, 2012 and 2014, but Obama had backed down each time.

This time, however, his veto gives critics hope that maybe he would renew efforts to close the prison before he left office.

The Center for Constitutional Rights, which represents many of the men detained at Guantánamo, called the veto “important” but said in a statement that “lawmakers’ attempts to keep Guantánamo open for partisan political gain are no excuse for President Obama’s failure to close the prison.”

The center warned that if he lacks the political will to “take bold steps now, he will fail to close Guantánamo, and that will be a central part of his legacy as president.”