Cheryl Gwyn wants to know if New Zealand was among the country names redacted from the Torture Report. 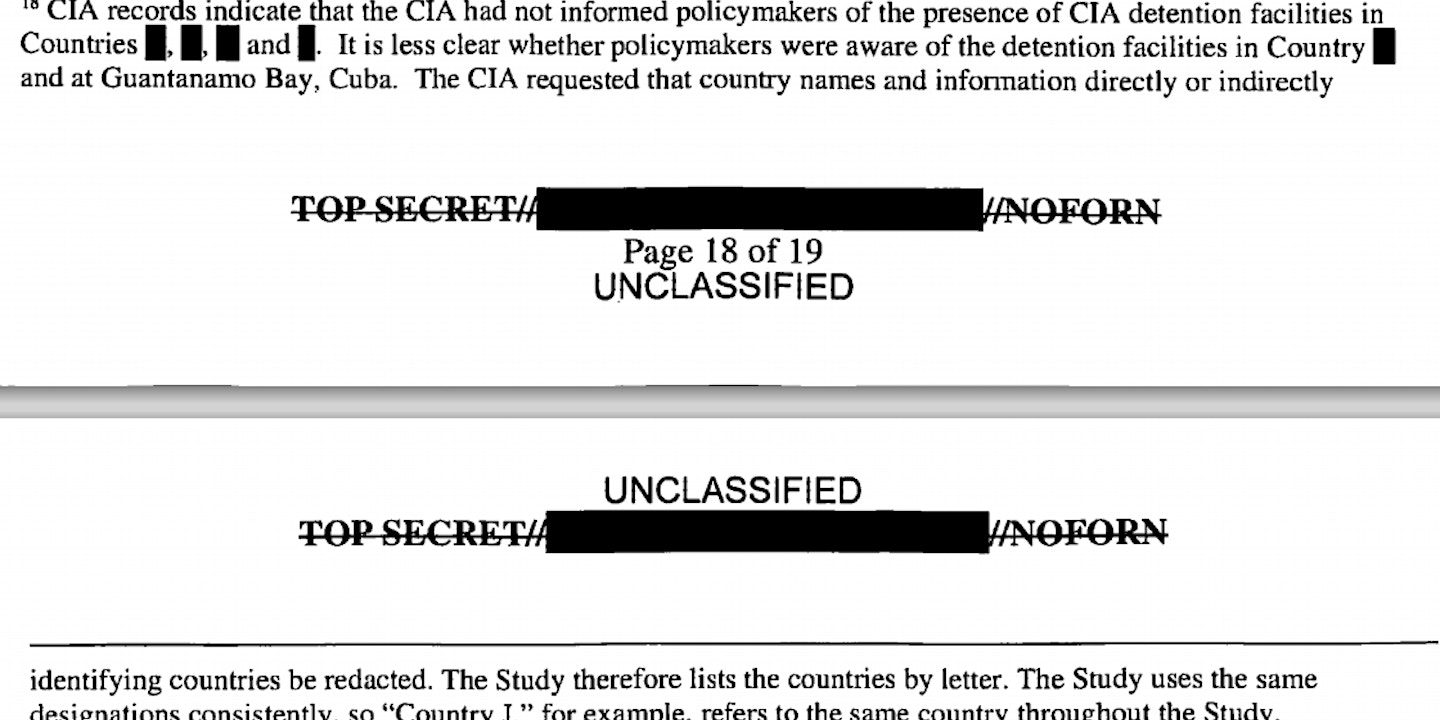 New Zealand’s spy watchdog has launched an inquiry into her country’s links to the CIA’s detention and interrogation program.

Cheryl Gwyn, the inspector general for intelligence and security, said the U.S. Senate Intelligence Committee report released in December 2014 named a number of countries that were involved in the torture and inhumane treatment of detainees — “but the names of those countries have been redacted.”

That wasn’t OK with her.

“I identified a public interest in inquiring into whether New Zealand’s intelligence agencies and personnel knew or were otherwise connected with or risked connection to the activities discussed in the U.S. Senate Report,” she wrote in her annual report released Wednesday.

Gwyn wrote that her inquiry “does not suggest or presuppose that New Zealand agencies or personnel were in any way connected with those activities.” But she said she does intend to find out whether there was such a connection — and “whether there were and/or now are any safeguards in place or other steps taken to address any connection or risk of connection to such activities.”

The New Zealand Herald first reported the investigation. “She’s opened a can of worms here because there was no reason for her to open this inquiry unless she saw something,” the paper quoted a security analyst, Paul Buchanan, telling Radio New Zealand.

Gwyn also announced that she has developed a “formal internal policy for handling protected disclosures, or ‘whistleblowing,'” and is trying to get the country’s intelligence agencies to adopt it.

“The Edward Snowden disclosures demonstrate how critical it is to have a clear path, with appropriate protections, for disclosing information about suspected wrongdoing within an intelligence and security agency,” she said in a statement.