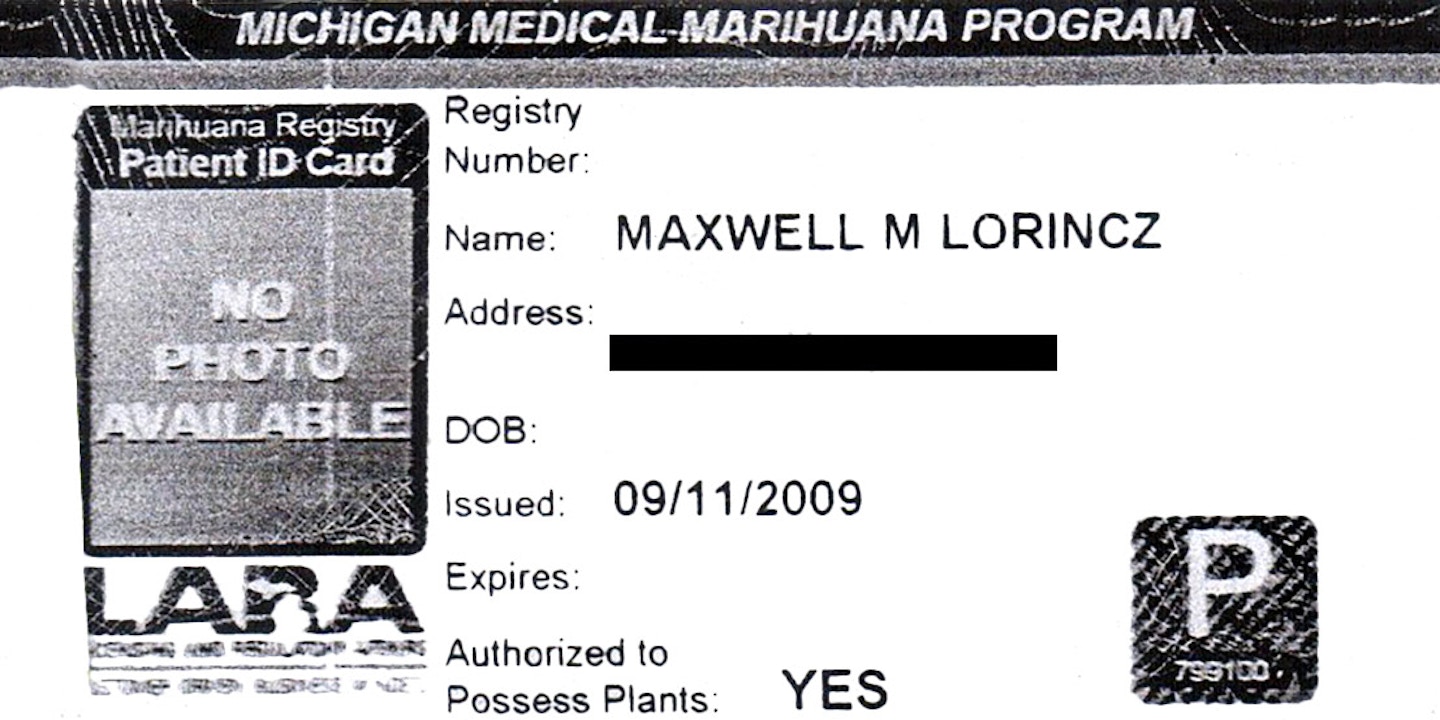 THE MICHIGAN STATE POLICE Forensic Science Division finds itself embroiled in scandal as newly released emails paint a picture of a crime lab in turmoil over how to classify marijuana. Attorneys and medical marijuana advocates accuse Michigan prosecutors of pressuring the state’s crime lab to falsely classify the origins of THC found in hash oils and marijuana edibles as “origin unknown.”

The emails were obtained by Michael Komorn, lead lawyer for Max Lorincz, a medical marijuana patient who lost custody of his child and now faces felony charges after the lab’s misleading classification of hash oil found in his home.

“I’d never seen a lab report reporting origin unknown,” Komorn told The Intercept. “What was produced for us was the most unbelievable set of documents I’ve ever seen.”

The emails show that as Michigan forensic scientists debated how to classify oil and wax produced from marijuana plants, they were pressured by police and prosecutors to classify the products in a way that would facilitate harsher drug convictions.

“It is highly doubtful,” a forensic scientist named Scott Penabaker wrote in May 2013, “that any of these Med. Mari. products we are seeing have THC that was synthesized. This would be completely impractical.” And in February 2014, the supervisor of Lansing, Michigan’s controlled substances unit, Bradley Choate, wrote that a misleading identification of THC “could lead to the wrong charge of possession of synthetic THC and the ultimate wrongful conviction of an individual.” Lab inspector John Bowen, referring to the THC in edibles and oils, agreed: “Is it likely that someone went to the trouble to manufacture THC and two other cannabinoids, mix them up, and bake them into a pan of brownies? Of course not.”

Despite the unlikelihood that Lorincz and others were somehow cooking up synthetic THC, Andy Fias, a state police lieutenant with West Michigan’s regional drug task force, reached out to the Forensic Science Division in January 2015. “We are encountering a significant amount of THC wax and oil,” he wrote. “If we were to seized [sic] the wax/oil from a card carrying patient or caregiver and it comes back as marijuana, we will not have PC [probable cause] for the arrests.”

Fias had heard that lab analysts were classifying some oil as marijuana rather than THC. He asked: “Is there a way to get this changed? Our prosecutors are willing to argue that one speck of marijuana does not turn the larger quantity of oil/wax into marijuana.”

On September 24, 2014, Lorincz called 911 from his Spring Lake, Michigan, home when his wife experienced an emergency. “The paramedics came in to assist my wife, and while they were assisting my wife the sheriff came in from the outside,” the 35-year-old father told me. It was then that the officer discovered hash oil on the kitchen counter. “The whole thing is ridiculous,” said Lorincz, who at the time possessed a Michigan medical marijuana card. “I didn’t commit any crime.”

Authorities didn’t see it that way.

The Ottawa County Prosecuting Attorney’s office, led by Ronald Frantz, charged Lorincz with misdemeanor marijuana possession. Instead of pleading guilty, he fought the charge on the grounds that his medical marijuana card allowed him to legally possess the hash. Prosecutors responded in February by charging Lorincz with possession of synthetic THC, a felony.

Because the crime lab claimed to be unable to determine the origin of the THC in the hash oil, prosecutors were able to allege that Lorincz’s oil was not made from marijuana.

Jeff Frazier, a former ACLU attorney who is also working on Lorincz’s case, accuses the state’s prosecutors of circumventing the medical marijuana law passed in 2008 because of their intense opposition to marijuana.

“The lab is intentionally reporting nonexistent felonies,” said Frazier, “and the prosecutors are going after medical marijuana patients with these lab reports that are fraudulent.”

Activists believe that Michigan Attorney General Bill Schuette may be behind the pressure on the crime lab. In 2008 Schuette led the opposition to the successful initiative. “He’s been opposed to medical marijuana since the get-go and has used his office to circumvent the law,” said Charmie Gholson, a drug policy reform advocate based in Michigan.

Gregoire Michaud, director of Michigan’s Forensic Science Division, wrote in a July 2013 email that “In my meeting with PAAM [Prosecuting Attorneys Association of Michigan] it was decided that any questions regarding law interpretation (e.g., recent controlled substance cases) will be directed thru the applicable Technical Director who will then reach out to Mr. Ken Stecker.”

Kenneth Stecker, an official with PAAM, stridently opposes medical marijuana usage and in a 2012 speech said, “I literally every night look at websites, blogs, everything for two to three hours dealing with the medical marijuana issue.” At the time, Stecker said that he had given “over 150, 200 presentations” on the “hornet’s nest” of medical marijuana.

John Collins, a former director of the Forensic Science Division, told Fox 17 television, which first reported Lorincz’s case earlier this year, that prosecutors were playing politics with science. “In my experience, it was just a nonstop political game that really got frustrating, and it wore down the morale of our staff, and it quite honestly, it wore me down.”

The ultimate decision on what to charge an individual with rests with the prosecutor. The role of the laboratory is to determine whether marihuana or THC are present. Michigan State Police laboratory policy was changed to include the statement “origin unknown” when it is not possible to determine if THC originates from a plant (marihuana) or synthetic means. This change makes it clear that the source of the THC should not be assumed from the lab results.

Bill Schuette and Ronald Frantz did not respond to requests for comment. Kenneth Stecker declined to comment.

Meanwhile, Max Lorincz’s life remains in limbo, and his 6-year-old son is in foster care. Currently, he gets a few hours per week of visitation, but father and son have been apart for over a year now.

“It’s been the worst year of me and my wife’s life,” Lorincz said. “You’re talking about taking away an entire year of bonding with our son. It’s something we can never get back.”

This isn’t the first time conviction-hungry Michigan prosecutors have destroyed the lives of medical marijuana users.

In 2014, prosecutors charged Kent County sheriff’s sergeant Timothy Bernhardt with running a drug house because he received and distributed marijuana butter. Bernhardt was a licensed medical marijuana patient but not a licensed caregiver and thus was not permitted to distribute the drug to other users.

In a lab report from Bernhardt’s case, the crime lab classified Bernhardt’s marijuana butter as THC and investigators claimed to be unable to identify its origin. Armed with that report, prosecutors in Kent County went after Bernhardt with full force. Bernhardt eventually pleaded guilty to the drug house charge and was forced to resign after 22 years with the department, even though the butter was being used for medical purposes. He faced up to two years in prison, but a month before the sentencing hearing he killed himself.

“They killed him,” said Gholson. “They have blood on their hands.”

Just days before Bernhardt’s suicide, a Kent County prosecutor named Tim McMorrow told a state court that Michigan voters, despite their overwhelming approval of medical marijuana, do not have the final say. “The voters do not have a right to adopt anything they want,” McMorrrow said. “Something doesn’t become valid because the voters voted for it.”