The ostensible alliance over liberalization of America’s criminal justice laws was based on a misunderstanding of the Koch brothers’ fundamental political goal. 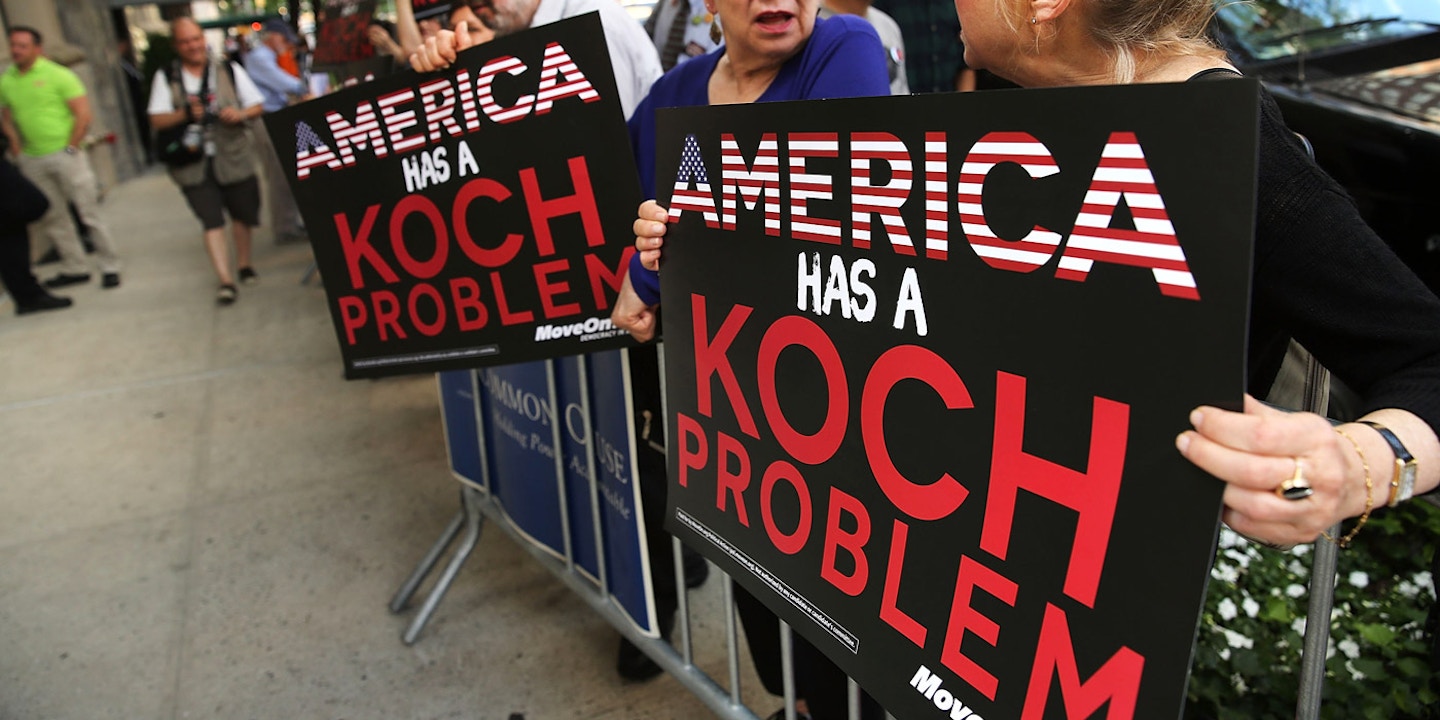 The New York Times on Wednesday reported the shocking news that the “rare coalition” on criminal justice reform that included liberal groups and the right-wing billionaire Koch brothers is falling apart.

But as The Intercept’s Lee Fang wrote earlier this month, the ostensible alliance over liberalization of America’s criminal justice laws was based on a misunderstanding of the Koch brothers’ fundamental political goal.

That goal is, quite consistently, to advance their own corporate interests.

So, while the Kochs and the liberal groups used similar language in their critique of the criminal justice system, when it came down to actual legislation, the Kochs were focused on reducing criminal prosecutions of corporations, not people.

Koch and the House Republicans turned out to be pushing a bill that critics describe as a “Get Out of Jail Free” card for white-collar criminals.

Members of Washington’s elite media crave stories about bipartisanship, so groups like the pro-Clinton Center for American Progress garnered positive media attention for finding common ground with the Kochs earlier this year.

Now, CAP president Neera Tanden is issuing statements that “the bill is not aimed at addressing the aspects of the criminal justice system that are the drivers of mass incarceration and inequality and should not be part of any genuine discussion of criminal justice reform.” To the contrary, she says: “The bill would make it much more difficult to enforce bedrock regulatory safeguards — such as environmental, health, and consumer safety protections — and leave communities of color disproportionately vulnerable to unscrupulous, fraudulent, and predatory business practices that exacerbate existing inequality in our communities.”

But, as Fang wrote, even while the Kochs were talking criminal justice reform, their money was notably continuing to finance election-year efforts that promote tough-on-crime politics.

Of the 38 federal lobbyists employed by Koch, one is registered to work on criminal justice issues; the rest work on projects more important to Koch Industries.

And if that wasn’t clear enough, Fang described how Koch’s interest in criminal justice reform was sparked not by the plight of overcrowded prisons or racial disparities in law enforcement, but by federal and state probes of the company’s own environmental crimes.

Top photo: Activists hold a protest near the Manhattan apartment of billionaire and Republican financier David Koch in 2014.