As banks trumpet their plans to divest from coal, few at the Paris climate conference show any enthusiasm for moving beyond oil. 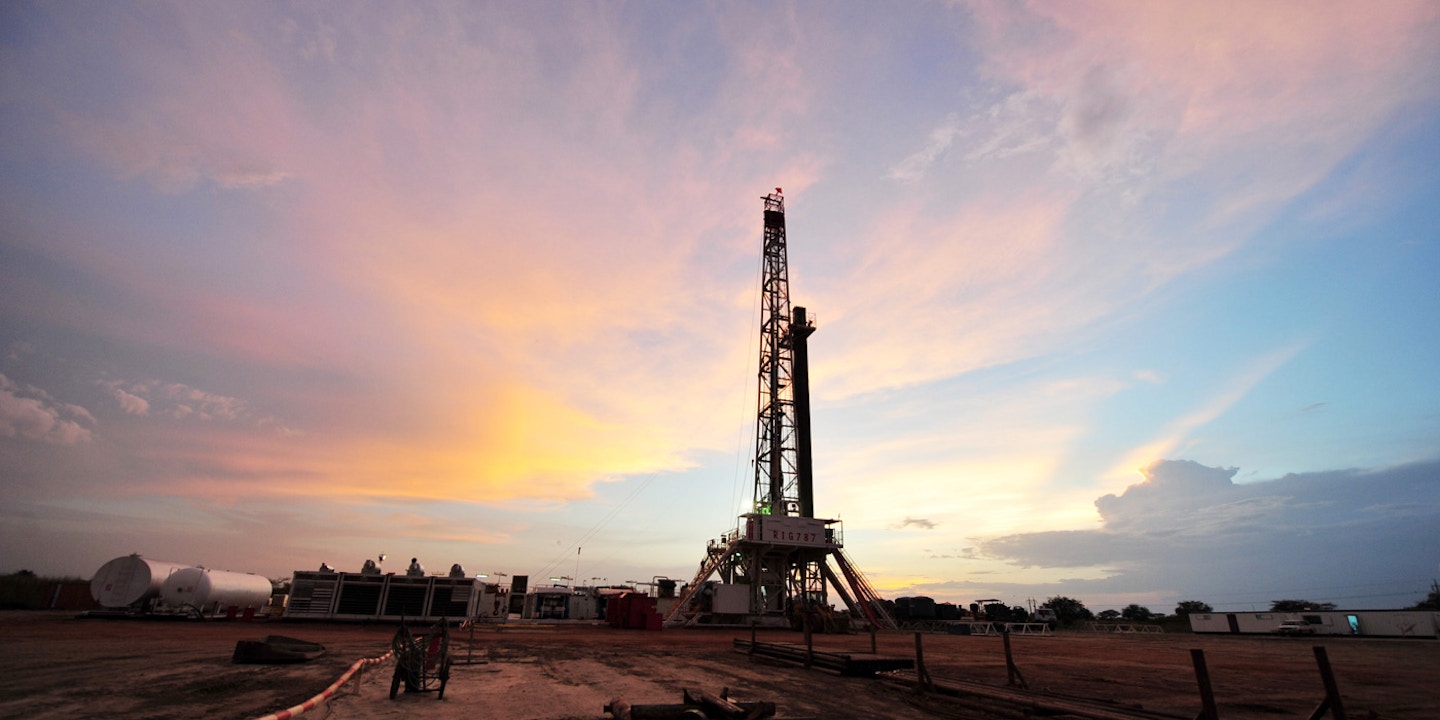 THE LOOMING GRAND PALAIS in the center of Paris this week plays host to a climate “solutions” exhibition. Pass through the expo’s three layers of security and under the palace’s cherub-studded entry and you’ll see that just about anything can be spun as climate-change prevention. Take Coca-Cola: Did you realize that Coke is a product local to France? Or think about Bic pens: Did you know that their long writing life is actually a carbon emissions reduction strategy?

Banks are on board too, divesting from big bad coal (or at least investing less) just in time for the international climate conference known as COP21, which is in its second and final week. At the end of November BNP Paribas put in place a confusing new policy that says it will not fund some coal-powered plants in high-income countries, but will continue to pay for other plants in less wealthy countries. Morgan Stanley put out an equally mottled commitment to scale back its coal investments. And in the last few months, Wells Fargo, Citigroup, Bank of America, Crédit Agricole, and others have also pledged to do the same.

Amsterdam-based ING Bank made one of the most straightforward commitments: It won’t invest in any more coal power plants, coal mines, or companies for which coal makes up more than half their business. But that doesn’t mean it’s going fossil free. I approached ING’s head of sustainability, Léon Wijnands, after a climate conference panel on sustainable finance to ask him what conditions would lead ING to divest from oil. He replied that ING “would not walk away from oil, because there is no alternative to oil.”

This statement, like so many made at the Paris climate conference, deflates if you poke at it. There are alternatives to oil — they just lack the immediacy, simplicity, and profitability of fracked shale gas, which in many places has displaced coal as the primary power plant fuel. It also releases huge amounts of potent, climate-warming methane.

As 350.org spokesperson Jamie Henn told me, “At this point, the only reason I could see for holding onto a coal stock would be out of spite. The valuation of America’s top coal companies has dropped something like 90 percent in the last four years. So divestment is a no-brainer. Oil and gas divestment is clearly more difficult: The corporations are bigger, they have more political influence, and they’re, for the moment, more profitable, but all that is changing fast.”

The Paris climate conference represents more than just a launching point for an international agreement that’s meant to save human civilization (but probably won’t), or a turning point for climate activists who have converged from all corners of the world to build a movement (except for those who were forced to stay home because of the state of emergency imposed after the Paris attacks). What can be said about the Paris talks without any hedging is that they’re an incredible rebranding opportunity for any conceivable product. And for banks and governments alike, divestment from politically unpopular coal can serve as a shiny distraction from deeper entrenchments in the oil sector.

ING, for example, supports oil and gas projects occupying every corner of the sector. According to a video on the company’s website, narrated by ING Commercial Banking’s head of lending, Christopher Steane, its investments amount to “quite a list.” “While you watch,” he suggests, “think about the role of banks.”

“The whole industry chain typically requires large capital investment with long-term payouts, and so the movement of goods requires large amounts of capital,” Steane continues. In a nutshell, there is no oil industry without the banks. The industry is practically an appendage of the finance sector and would wither and rot away without the flow of cash pumping out of investors like ING. And although oil prices have plummeted lately, it’s not likely banks will soon wash their hands of oil the way they are of coal.

So while coal divestment by banks can be seen as a promising sign that political pressure can wield surprising actions from the architects of global climate change, to believe these banks are “going green” is akin to believing Coca-Cola’s newest diet brand Life won’t rot your teeth.

“Taking out one pillar of the fossil fuel industry is a historic achievement, but the edifice will only crumble if we knock out oil and gas, as well,” Henn said. “Scientists have made it clear that if you want to keep global warming below 2 degrees C, or the 1.5 degrees C that countries are calling for here in Paris, you need to rapidly transition away from oil and gas, as well as coal.”

Oil also depends on governments. The leaders of oil-rich countries ranging from Venezuela to South Sudan have cried out for climate action from long-term polluters like the U.S. while still clinging to the conviction that oil can be part of their nation’s salvation. As South Sudan’s environment minister, Deng Deng Hoc Yai, told me: “America has oil. China has oil. Norway has oil. The United Kingdom has oil. Many countries that are industrialized have oil. And they were allowed to drill and exploit it.”

He’s right. Although Obama killed the Keystone XL pipeline and his Clean Power Plan could close hundreds of coal plants, he’s also opened Atlantic waters and the Gulf of Mexico to new offshore drilling, and has overseen an incredible boom in oil and gas production thanks to shale drilling.

“Is it not a God-given right that these natural resources are available here?” the South Sudanese minister asked me. “Is it not really our right to use what God has given us? We have oil, we have other minerals, which are still under the ground, and we have every intention to exploit them for the benefit of this generation and future generations.”

His words echo the official platform of the Republican party, which stresses that Americans must take advantage of “all our American God-given resources.”

As ING’s Steane put it, “Our business has grown consistently for many years and has been consistently profitable. For the reasons I have explained, we expect that to continue.”