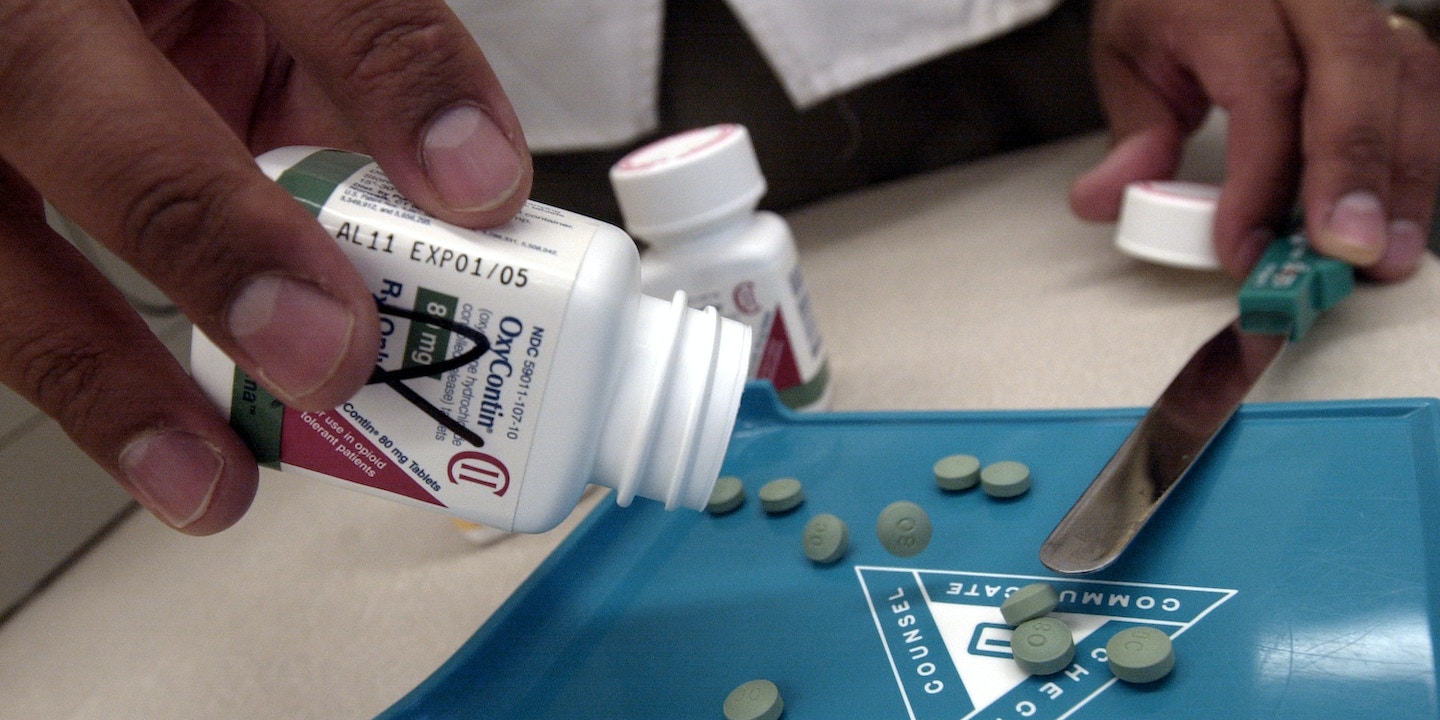 The pharmaceutical companies that manufacture and market OxyContin, Vicodin, and other highly addictive opioid painkillers — drugs that have fueled the epidemic of overdoses and heroin addiction — are funding nonprofit groups fighting furiously against efforts to reform how these drugs are prescribed.

While the Centers for Disease Control and Prevention was close to finalizing voluntary prescribing guidelines for opioid painkillers next month, it abruptly changed course. According to a report from the Associated Press, the CDC “abandoned its January target date, instead opening the guidelines to public” comment after a number of “industry-funded groups like the U.S. Pain Foundation and the American Academy of Pain Management warn[ed] that the CDC guidelines could block patient access to medications.”

The new guidelines would encourage doctors to prescribe opioids as a last choice for chronic pain, a sharp departure from the status quo, in which many doctors, under pressure from pharmaceutical sales representatives, often prescribe painkillers for mild back pain or a toothache. As experts note, many painkiller and heroin addicts start abusing opioids after receiving a legitimate prescription for pain-related medical issues.

An investigation by The Intercept has found that the pharmaceutical companies that dominate the $9 billion a year opioid painkiller market have funded organizations attacking reform of the prescribing guidelines:

The over-prescription of opioid products has made the United States the center of the painkiller abuse epidemic. Americans consume about 81 percent of the global supply of oxycodone products (the active ingredient in OxyContin) and almost 100 percent of hydrocodone (the active ingredient used in brands such as Vicodin). More than 16,000 people die from opioid painkiller overdose every year.

The skyrocketing use of opioids in America is also closely linked to the rising heroin crisis, which reached new heights this year. Prescription opioids, which provide a high that is very similar to heroin, are often a gateway drug. As many as four out of five heroin users get started with opioid painkillers.