Rubio Outraged by Spying on Israel’s Government, OK with Mass Surveillance of Americans 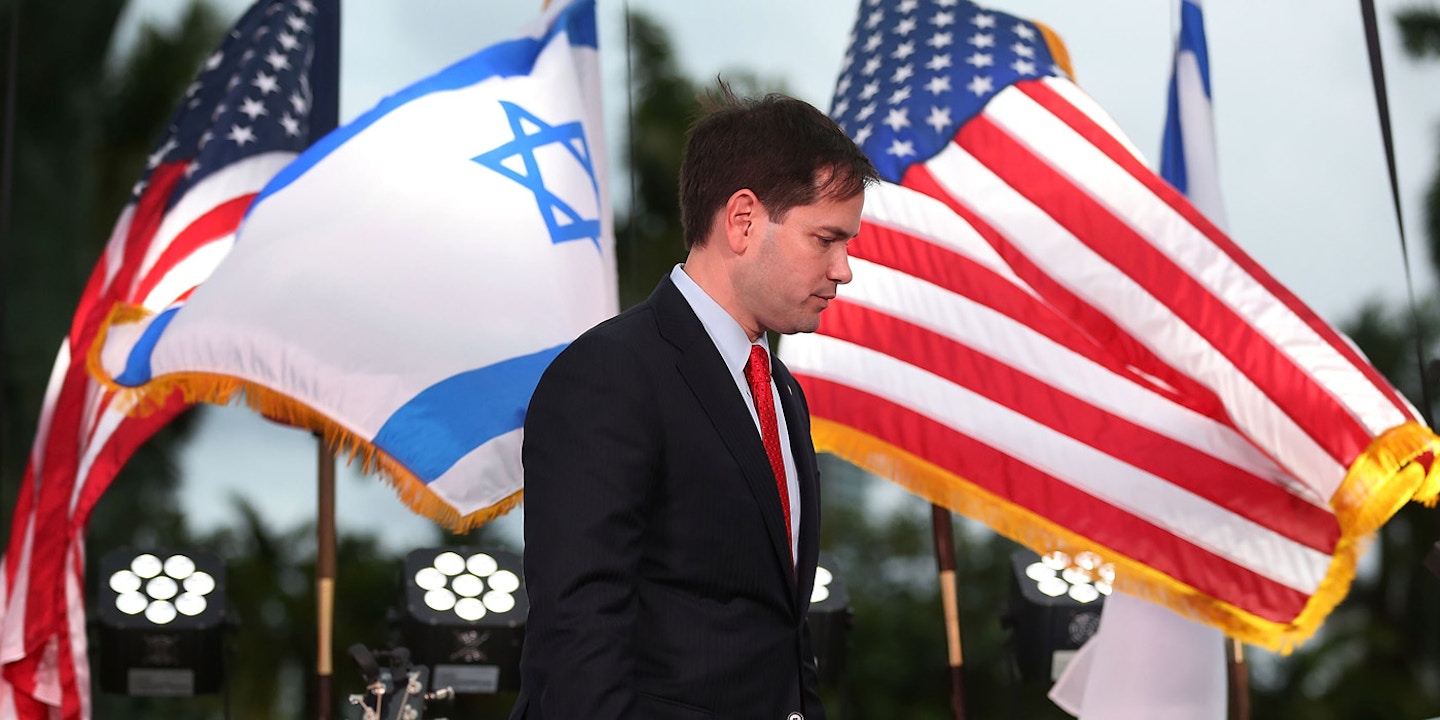 This news sparked a denunciation by Florida senator and Republican presidential candidate Marco Rubio. “Obviously people read this report, they have a right to be concerned this morning about it,” said Rubio on Fox News Wednesday morning. “They have a right to be concerned about the fact that while some leaders around the world are no longer being targeted, one of our strongest allies in the Middle East — Israel — is. I actually think it might be worse than what some people might think, but this is an issue that we’ll keep a close eye on, and the role that I have in the intelligence committee.”

Rubio’s newfound objection to surveillance appears to be limited to spying on the Israeli government. The senator has been a long-time defender of the NSA’s mass surveillance. “There is no evidence that these programs have been systematically abused,” he said in 2014, decrying what he described as “paranoia” around surveillance programs.

The previous year, he defended spying on foreign government officials, saying that “everybody spies on everybody, it’s just a fact.” In the most recent presidential debate, he accused rivals, like Ted Cruz, of endangering U.S. security by supporting modest reforms to the surveillance regime.

One reason Rubio may be carving out a special objection to spying on the Israeli government is that he is competing in the so-called Adelson primary — a contest for the financial backing of the pro-Israel casino magnate who spent $150 million during the 2012 election.

Already, Rubio has locked in the support of Paul Singer, a billionaire hedge funder who has invested tens of millions of dollars in promoting pro-Israel causes. Singer hosted a fundraising event for Rubio in New York City earlier this month.

As of the time of publication, the Rubio campaign did not respond to a request for comment.