As Chris Christie Rises in Polls, Appeal of His Fort Dix Terrorism Case Moves Ahead

The three brothers who were convicted in the case tell an appeals judge that their constitutional rights were violated at trial. 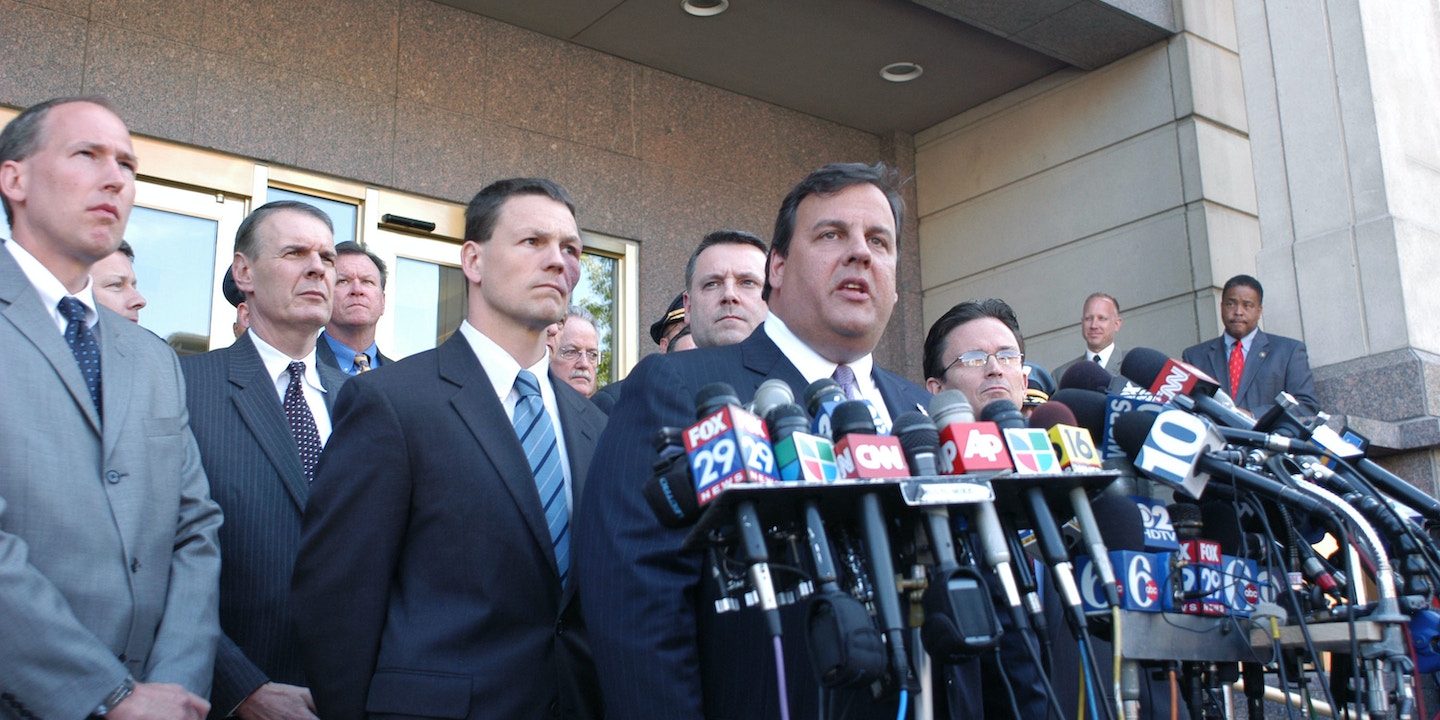 AS NEW JERSEY Gov. Chris Christie continues his ascent in the campaign for the Republican presidential nomination, a terrorism case from his past as a federal prosecutor may be coming back to haunt him. Dritan, Eljvir, and Shain Duka, three brothers convicted in 2008 of a sensational plot to attack the Fort Dix military base, are appealing their life sentences on the grounds of ineffective counsel at trial, seeking to have their convictions thrown out.

In an appeals hearing yesterday at the Mitchell H. Cohen courthouse in Camden, New Jersey, each of the Duka brothers testified separately that during their original trial their lawyers had prevented them from testifying, thus violating their constitutional right to due process. The trial lawyers contested those claims, saying that while they had advised the brothers against testifying, they had not prevented them from doing so. The appeal is seeking to obtain a writ of habeas corpus that would set aside their convictions and grant them a new trial.

The Fort Dix case has long been viewed by legal and human rights organizations as a potentially misguided or malicious prosecution. A detailed investigation published last year by The Intercept suggested that the plot against the military base had actually been fomented by highly paid government informants. Mahmoud Omar, one of the informants, told The Intercept that he believed the Dukas were innocent, describing them as “good people.”

Christie was the United States attorney for New Jersey at the time of the investigation, and has long trumpeted the dismantling of the “Fort Dix Five” plot as one of the signature achievements of his public service career. In the face of increasing scrutiny, however, Christie, in an interview with Fox News last week, defended the prosecution, claiming the investigation was not a “sting” and that the government began surveilling the brothers and other suspects after they started to formulate plans for an attack. These claims by Christie starkly contradict the chronology of events in the case, which point to no such plot existing when the government began surveilling the brothers and several of their acquaintances.

A raft of recent polling data has shown Christie rising in the GOP nomination race, making gains on frontrunners Donald Trump and Sen. Ted Cruz. A consistent theme in his campaign has been the touting of his national security credentials, including his dismantling of the plot against Fort Dix. In the most recent Republican debate, he brought up the case by name, describing it as a signature moment in a career spent fighting homegrown terrorism.

But as a closer examination of the Fort Dix case shows, the plot that Christie has long bragged about is deeply troubling and raises the possibility that he built his political career in part on entrapping and sending to prison a group of innocent young men. The next hearing in their appeal is scheduled for early February.

Top photo: U.S. Attorney Chris Christie speaks with the media outside Camden Federal Courthouse after the arrest of the Fort Dix Five, May 8, 2007, in Camden, New Jersey.