The incentives for corruption in the big ratings agencies were brilliantly illustrated in The Big Short, where Melissa Leo played an employee of Standard & Poor’s. 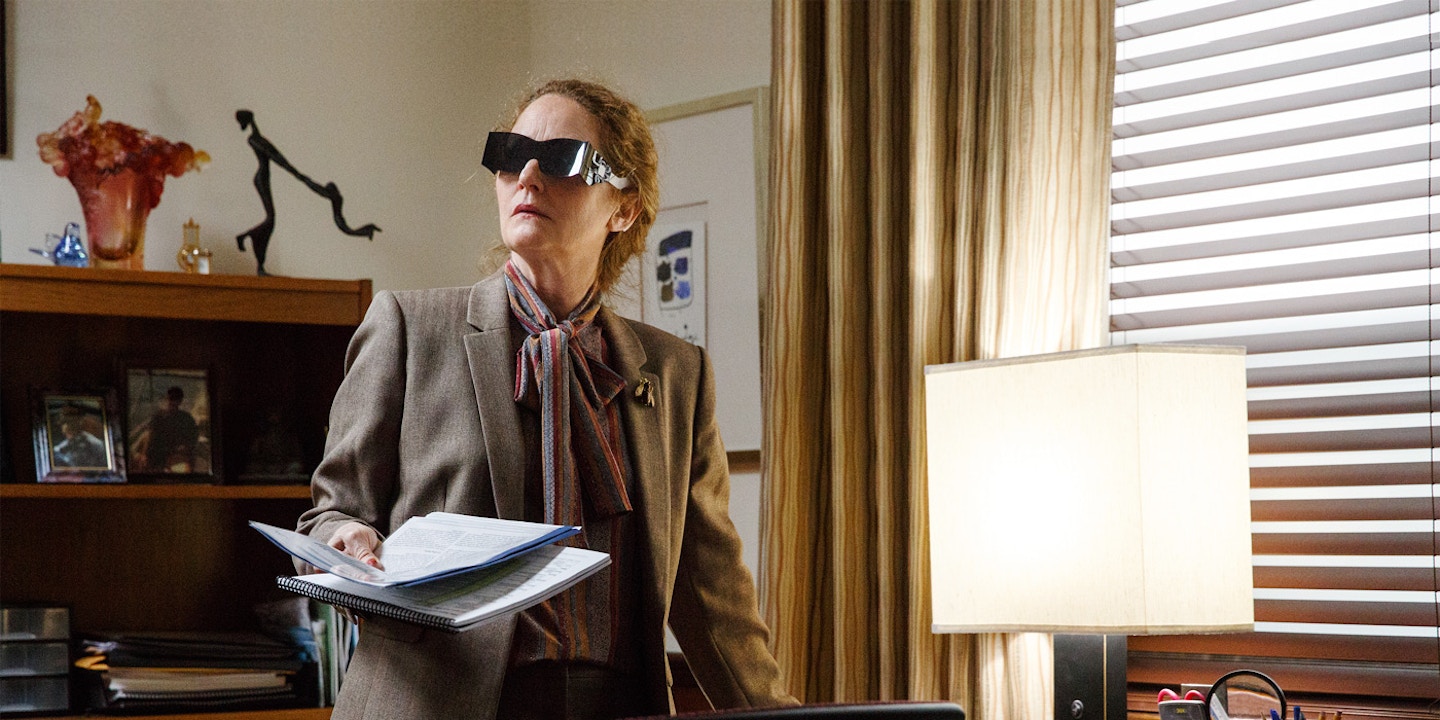 Hillary Clinton’s response to Bernie Sanders’ plan to aggressively break up the big banks responsible for the financial crisis is to suggest that he is naive.

“My plan also goes beyond the biggest banks to include the whole financial sector,” Clinton wrote in a New York Times op-ed in December. “My plan is more comprehensive,” she said at the first Democratic debate in October — and for that reason, “frankly, it’s tougher.”

But Clinton’s vision of financial reform neglects one part of the industry everyone agrees was an essential factor in the 2008 crisis: the credit ratings agencies, which assess the worthiness of Wall Street securities for investors.

Sanders’ plan, released last week, would no longer allow the companies that issue securities to pick which ratings agency they use — a simple but outrageous practice that creates an enormous conflict of interest and helps facilitate fraud.

The heart of Clinton’s pitch on Wall Street is that she recognizes all potential hazards. But there is not one word in her big reform plan about the ratings agencies.

The ludicrousness of the current system was brilliantly depicted in The Big Short, the Oscar-contending comedy about the financial collapse. In a pivotal scene, Melissa Leo (sporting comically large eyeglasses, above) plays an employee of Standard & Poor’s, one of the three biggest ratings agencies.

She explains to Steve Carell (as hedge fund manager Mark Baum) why S&P continues to give AAA ratings (connoting no risk of default) to mortgage-backed securities composed of junk loans: If they didn’t, the issuers would just go to their competitors, Moody’s and Fitch.

Investors use those ratings to make decisions about what bonds to buy. But because the banks that issue securities pay for the ratings, the ratings agencies have a significant financial incentive to grant high ratings in order to attract more business.

This is not just true in the movies. The Financial Crisis Inquiry Commission found that the ratings agencies “were key enablers of the financial meltdown,” inflating ratings and giving investors false confidence that mortgage-backed securities were safe. Trillions of dollars in rotten securities “could not have been marketed and sold without their seal of approval,” the FCIC said.

The bipartisan Senate Permanent Subcommittee on Investigations agreed, finding that over 90 percent of subprime mortgage bonds given AAA ratings in 2006 and 2007 were eventually downgraded to junk status. Investigators uncovered an emblematic message from an S&P analyst speaking to their diligence: “We rate every deal. … It could be structured by cows and we would rate it.”

And since then, nothing has changed. Unlike other failings addressed by the Dodd-Frank financial reform law, the compensation model for credit ratings agencies is the same today as it was then.

And as the New York Times’ Gretchen Morgenson pointed out on January 10, the most recent Securities and Exchange Commission (SEC) report on the ratings agencies finds that this conflict of interest still distorts the ratings they dole out.

The SEC identified that larger ratings agencies were “motivated at least in part by market-share considerations,” and that senior ratings personnel on occasion altered ratings in violation of the firm’s policies and procedures.

Even before this latest report, we knew that ratings agency abuse continued, because last January the SEC and state attorneys general fined Standard & Poor’s for improperly rating commercial mortgage securities deals in a bid to acquire new business, both before and after the financial crisis.

Sanders’ financial reform speech last week highlighted the ratings agency conflict of interest. “No longer will Wall Street be able to pick and choose which credit agency will rate their products,” Sanders vowed.

And while his proposal to turn the ratings agencies into nonprofits was new, his idea of overhauling their compensation model mirrors a proposal from the leading champion of ratings agency reform in Congress: Sen. Al Franken, the Minnesota Democrat.

The Franken plan would use a governmental entity to assign securities to qualified ratings agencies based on capacity and expertise. Over time, the more accurate ratings agencies would receive more securities to rate, forcing them to compete on quality rather than on how many AAA ratings they can hand out to please the banks.

Franken’s plan actually passed during the Dodd-Frank debate, with 64 votes in the Senate. However, as economist Dean Baker explains, in the final conference committee, Dodd-Frank co-author Barney Frank — at the behest of the Obama administration — stripped out the Franken amendment, merely directing the SEC to study the matter. Frank is now a policy adviser to Clinton.

And although they were supposed to issue new rules that either adopted the Franken model or another solution deemed more “feasible,” the SEC punted, adding only a few paperwork requirements while maintaining the same compensation model.

“Almost a decade later now, the financial stability of millions of hardworking Americans remains at risk because the Securities and Exchange Commission still hasn’t moved to implement my reform measure to clean up credit ratings agencies,” Sen. Franken said in a statement to The Intercept.

Since Sanders entered the race, Clinton’s close ties to Wall Street have emerged as a major potential vulnerability. Her response has been to stake her credibility as a financial reformer on a more nuanced, inclusive strategy than Sanders’.

But any strategy that doesn’t include dramatic reform to the ratings agencies is hardly inclusive.