This evolution of Dean, best known for the progressive politics of his 2004 Democratic presidential campaign, comes as he has settled into a corporate lobbying career. 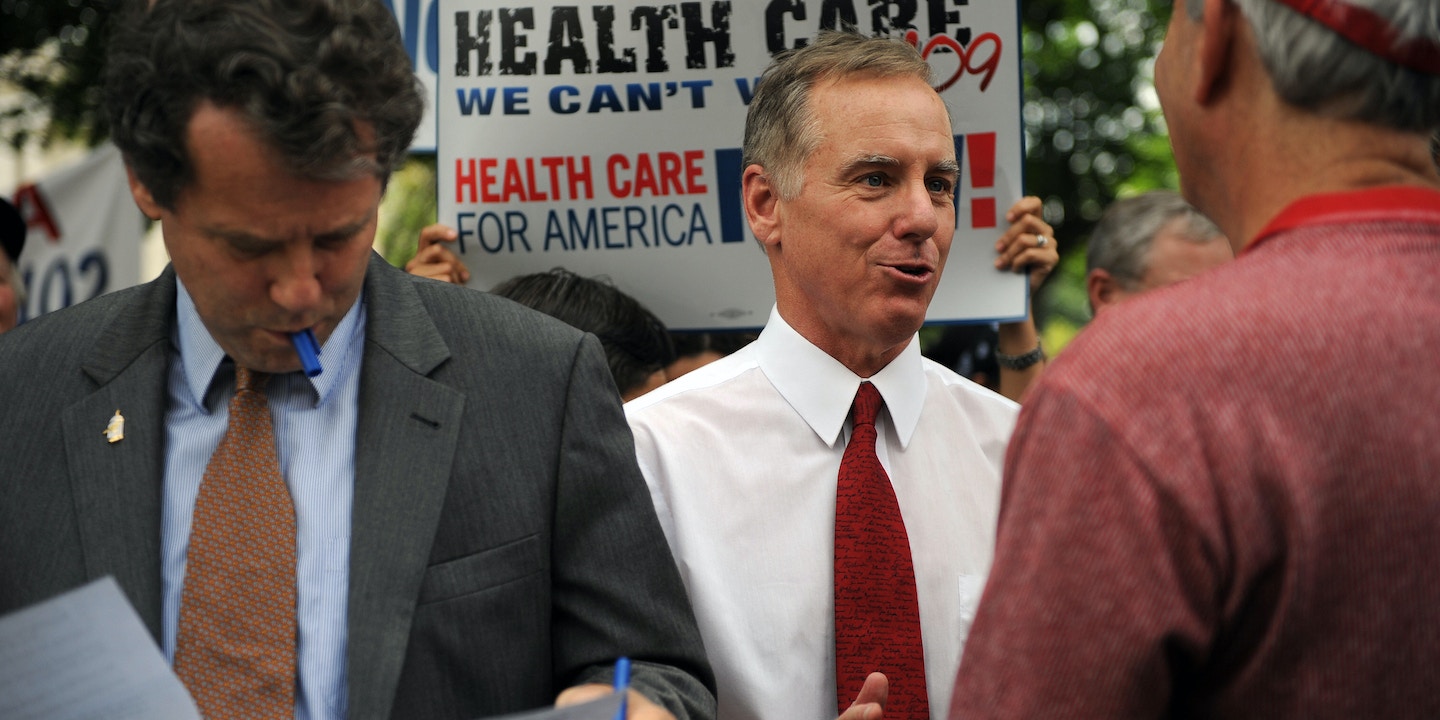 Howard Dean is the latest in a string of Hillary Clinton supporters to charge that Bernie Sanders is wrong to support a single-payer health care plan. The former chairman of the Democratic National Committee claimed on MSNBC last night that Sanders’ reform might result in “chaos” because “trying to implement it would in fact undo people’s health care.” Dean added, “That is something people should be concerned about.”

Dean, a longtime supporter of single-payer, seemed to be changing his tune, a point made by host Chris Hayes during the segment.

This evolution of Dean, known within many circles for his spirited critique of the Iraq War during the 2004 Democratic primary, comes as he has settled into a corporate lobbying career.

Dean, though he rarely discloses the title during his media appearances, now serves as senior advisor to the law firm Dentons, where he works with the firm’s Public Policy and Regulation practice, a euphemism for Dentons’ lobbying team. Dean is not a lawyer, but neither is Newt Gingrich, who is among the growing list of former government officials and politicians that work in the Public Policy and Regulation practice of Dentons.

The Dentons Public Policy and Regulation practice lobbies on behalf of a variety of corporate health care interests, including the Pharmaceutical Research and Manufacturers of America, a powerful trade group for drugmakers like Pfizer and Merck.

In 2009, Dean praised single-payer while speaking on Democracy Now, calling the idea “by far the most economically efficient system.” That’s because, as Dean noted at the time, a Medicare-for-all style single-payer system would cut down on bureaucratic overhead and do a better job at controlling prices. An analysis by University of Massachusetts at Amherst professor Gerald Friedman found that the single-payer plan introduced into the last Congress, for instance, would save $592 billion, while expanding coverage to all uninsured Americans, regardless of ability to pay. Over 95 percent of households would see higher after-tax income because of the cost controls and elimination of insurance premiums.

Incumbent health care interests, particularly drug companies and insurers, have long viewed single-payer as a threat to their business model. Health insurance lobbyist strategy memos that were leaked from a source to veteran journalist Bill Moyers reveal a sophisticated effort to undermine public support for single-payer policies and to discredit Michael Moore’s Sicko, a movie that sharply criticizes the inequities and price-gouging of the American health care system. One slide discusses the need to use town halls and special forums to shape the Democratic primary debates in 2008 and peel away support for the reforms proposed in Sicko, while another calls for pundits to appear on television and denounce Moore as harmful to the Democratic Party.

After Dean began working in the lobbying industry, he gave a talk about how to navigate the post-Citizens United campaign finance world. “I’ve advised a lot of clients in the industries that I usually end up working with, which are mostly health care industries, not to give any money to either side, or if you do, give it to both sides because politicians really don’t know much about the issues,” Dean said. “But they remember the ads, and they remember who was on whose side and who wasn’t, and it makes a big difference.”

Dean’s advice for health care companies to give to both parties was given during a gathering convened by McKenna, Long & Aldridge, the law and lobbying firm that was one of many firms to merge last year with Dentons.

In 2015, Dentons also announced a merger with Dacheng, an influential Chinese law firm, forming the largest law firm in the world. The unusual arrangement provides Chinese state-owned firms that were clients of Dacheng access to the resources of Dentons, and American clients of Dentons help with understanding the Chinese system by tapping into Dacheng’s stable of attorneys.