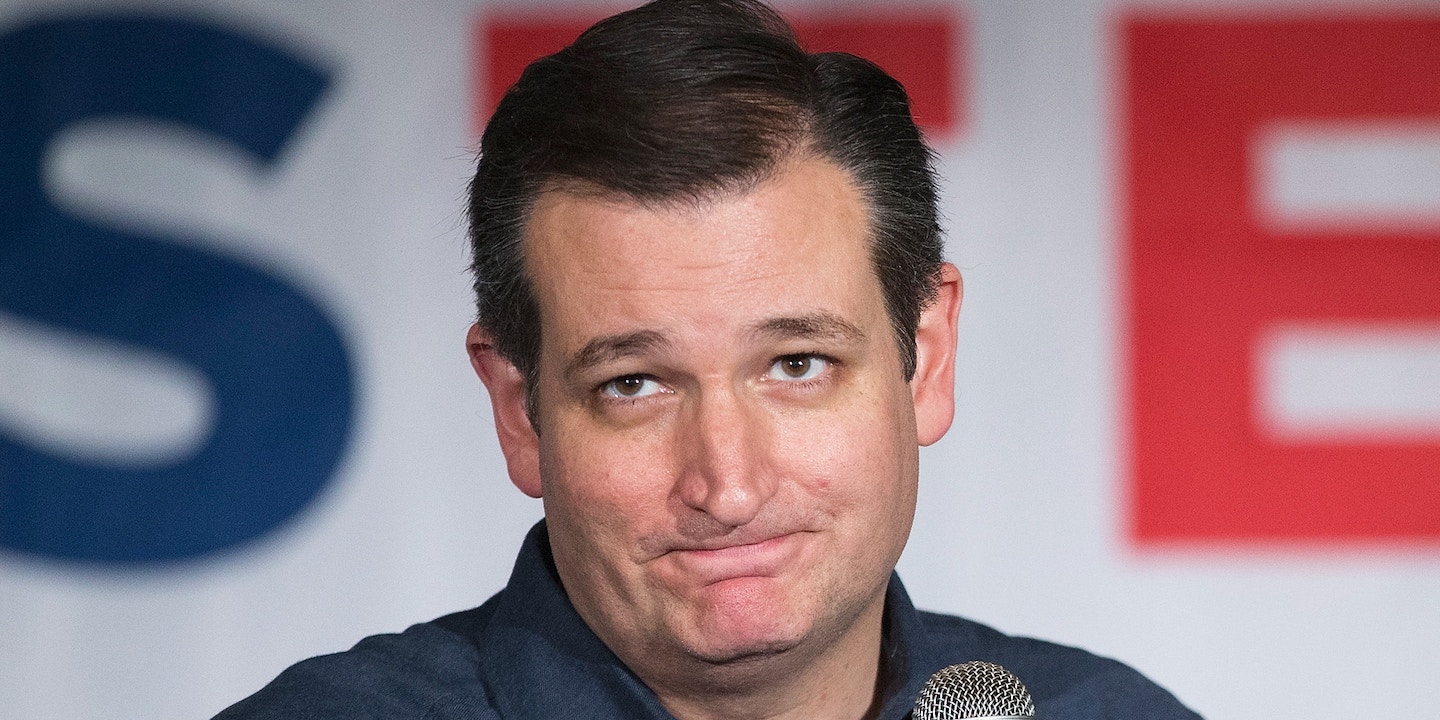 On Tuesday on the syndicated Howie Carr Show, Ted Cruz declared that Donald Trump “comes from New York and he embodies New York values.” That night on Fox, New York-born Megyn Kelly asked Cruz to explain exactly what “New York values” are. Cruz responded: “The rest of the country knows exactly what New York values are, and I gotta say, they’re not Iowa values and they’re not New Hampshire values.”

Yesterday Kellyanne Conway, president of Keep the Promise I, one of four significant pro-Cruz Super PACs, endorsed Cruz’s anti-New York perspective: “New York is home to many wonderful people and places, but the emphasis is more on money than morality. The line to get into Abercrombie & Fitch is a mile longer than the line to get into St. Patrick’s Cathedral.”

But here’s what Cruz and Conway haven’t mentioned:

Keep the Promise I is registered in New York and has raised $11,000,000 from a single New Yorker, financier Robert Mercer. Mercer is co-CEO of the hedge fund Renaissance Technologies, located on New York’s Long Island. The Super PAC’s only other donor is from Florida and contributed $5,000, so Mercer has provided 99.95 percent of its money. However, to be fair to Cruz and Conway, their view on the apparent moral failings of New Yorkers does seem to apply to Mercer himself, who was sued in 2013 by his current and former household staff. According to the complaint, Mercer failed to pay overtime and docked their pay for such infractions as “failing to replace shampoos and other toiletries if there was an amount of less than one-third of a bottle remaining,” “failing to properly close doors,” and “improperly counting beverages.” The same year Mercer took delivery of the Sea Owl, a 203-foot-long super yacht, seen at right.

In addition, as of 2012 Renaissance Technologies owned over $26 million of Abercrombie & Fitch stock — although the hedge fund recently sold its entire position, perhaps out of concern that Abercrombie was damaging the nation’s moral tone.

Cruz also benefited from the affection of ultra-wealthy New Yorkers during his 2012 Senate race. The biggest intervention of the cycle by the Super PAC Club for Growth Action was in Cruz’s primary against Texas Lieutenant Governor David Dewhurst, consisting of $5 million worth of attacks on Dewhurst. Club for Growth Action spent $630,000 in support of Cruz during the cycle as well. During this time Club for Growth received donations totaling $500,000 from Mercer, as well as $100,000 from his fellow New York hedge fund manager Paul Singer and $100,000 from Laura Fisch, wife of the founder of the New York private equity firm American Securities.

Cruz has received $486,795 in regular, non-Super PAC presidential campaign donations from New York, making it his fourth-most important state behind Texas, California and Florida. According to Doug Weber, senior researcher at the non-partisan Center for Responsive Politics, New Yorkers also gave Cruz $290,965 in his 2012 Senate race.

Lastly, Cruz received $1 million in low-interest loans to help finance his Senate campaign from Goldman Sachs and Citigroup, both headquartered in New York City. His wife Heidi is on leave from her job as a Goldman managing director.

(Disclosure: I live in New York.)