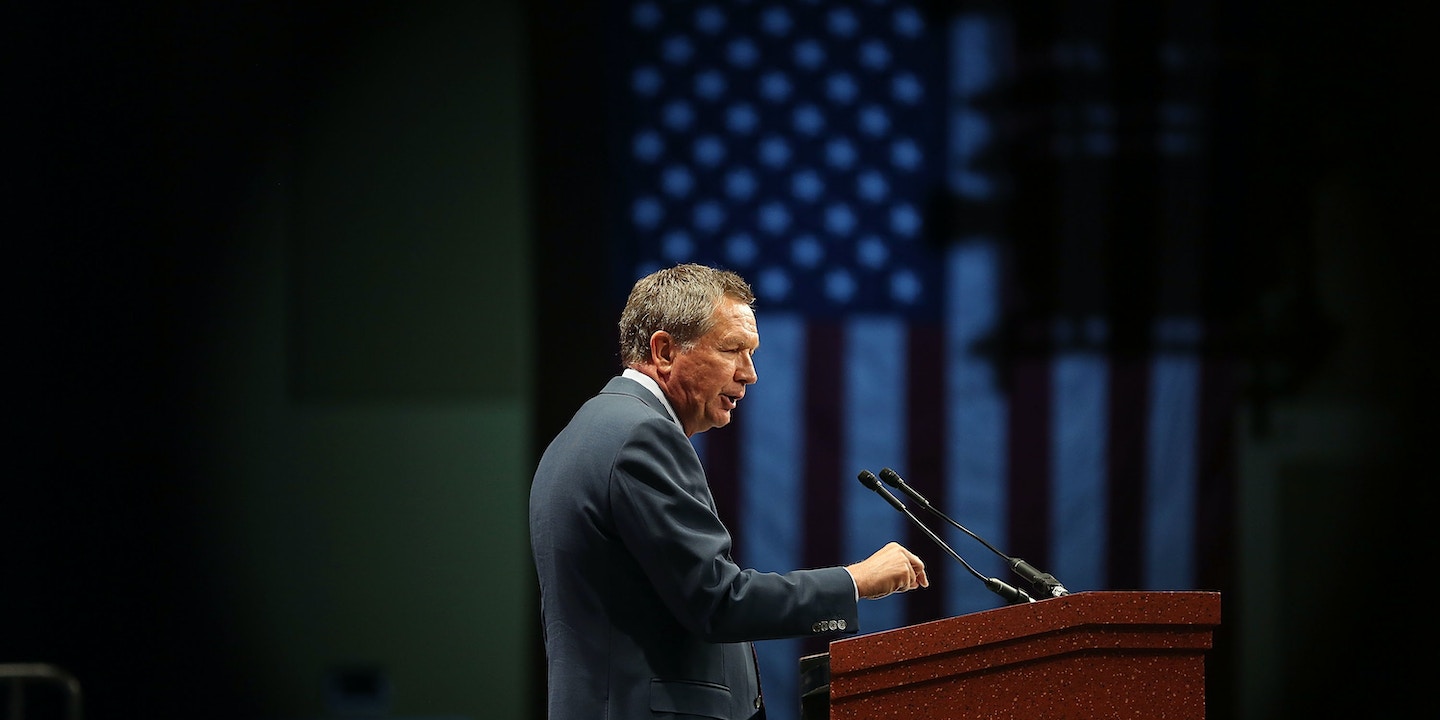 The Republican presidential debates have focused heavily on foreign policy, with candidates one-upping each other’s threatening talk about military action against Iran and escalation in Syria and Iraq. But there has been virtually no attention paid to Saudi Arabia, a longtime American ally with well-documented ties to anti-American terror groups, including ISIS and al Qaeda.

That changed momentarily on Thursday night during the Fox Business Network debate in Charleston. Moderator Neil Cavuto asked John Kasich about Saudi Arabia’s recent execution of Shiite cleric Nimr al-Nimr, as well as the theory that the Saudi government is deliberately driving down oil prices in a bid to bankrupt American oil producers.

Kasich first hailed the importance of domestic oil production, then engaged in a rare moment of public disagreement with Saudi Arabia. “My biggest problem with them is they’re funding radical clerics through their madrasses,” said Kasich. “That is a bad deal and an evil situation, and presidents have looked the other way.”

“And I was going to tell you, whether I’m president or not, we better make it clear to the Saudis that we’re going to support you, we’re in relation with you just like we were in the first Gulf War, but you’ve got to knock off the funding and teaching of radical clerics who are the very people who try to destroy us and will turn around and destroy them,” Kasich continued.

In summary, he said, “Deliver them a strong message but at the end of the day we have to keep our cool because most of the time they’re going right with us. And they must be part of our coalition to destroy ISIS and I believe we can get that done.”

The comments echoed similar remarks Kasich made during the GOP debate in October.

That support is documented in diplomatic cables released by WikiLeaks. One memo, from then-Secretary of State Hillary Clinton, notes that Saudi officials had done little to prevent the flow of money from Saudi citizens to terror networks such as al Qaeda. Clinton called Saudi Arabia the “most significant source of funding to Sunni terrorist groups worldwide.”

As we’ve noted, Saudi officials have supplied weapons to a Syrian rebel coalition that includes the Nusra Front, al Qaeda’s affiliate in the region. And as the New York Times has reported, the Islamic State, or ISIS, a terror network that practices the strict Wahhabi version of Islam promoted by the Saudi state, has relied on private donor networks operating in Saudi Arabia.

Despite those ties to extremists, prominent politicians and U.S. officials have been slow to directly challenge Saudi Arabia. Vice President Joe Biden referenced Saudi support for terror groups in Syria, but quickly backed down after his remarks were circulated.

As Saudi Arabia has courted international controversy — by launching a bloody war in Yemen last year and embarking on a steep increase in executions for minor or political crimes — the country has also ramped up its efforts to influence the American policy debate. That public relations campaign may be reaching its limit.

Still, one of the main goals of Saudi outreach is to promote the idea that the country serves as a strong ally to U.S. efforts in Syria, a point referenced by Kasich. The truth, however, is that Saudi shifted much of its military from striking ISIS targets in Syria to focus on the Saudi-led war in Yemen.