A federal judge had given the government until Friday to release footage in which a Syrian detainee was force-fed. The government has now appealed. 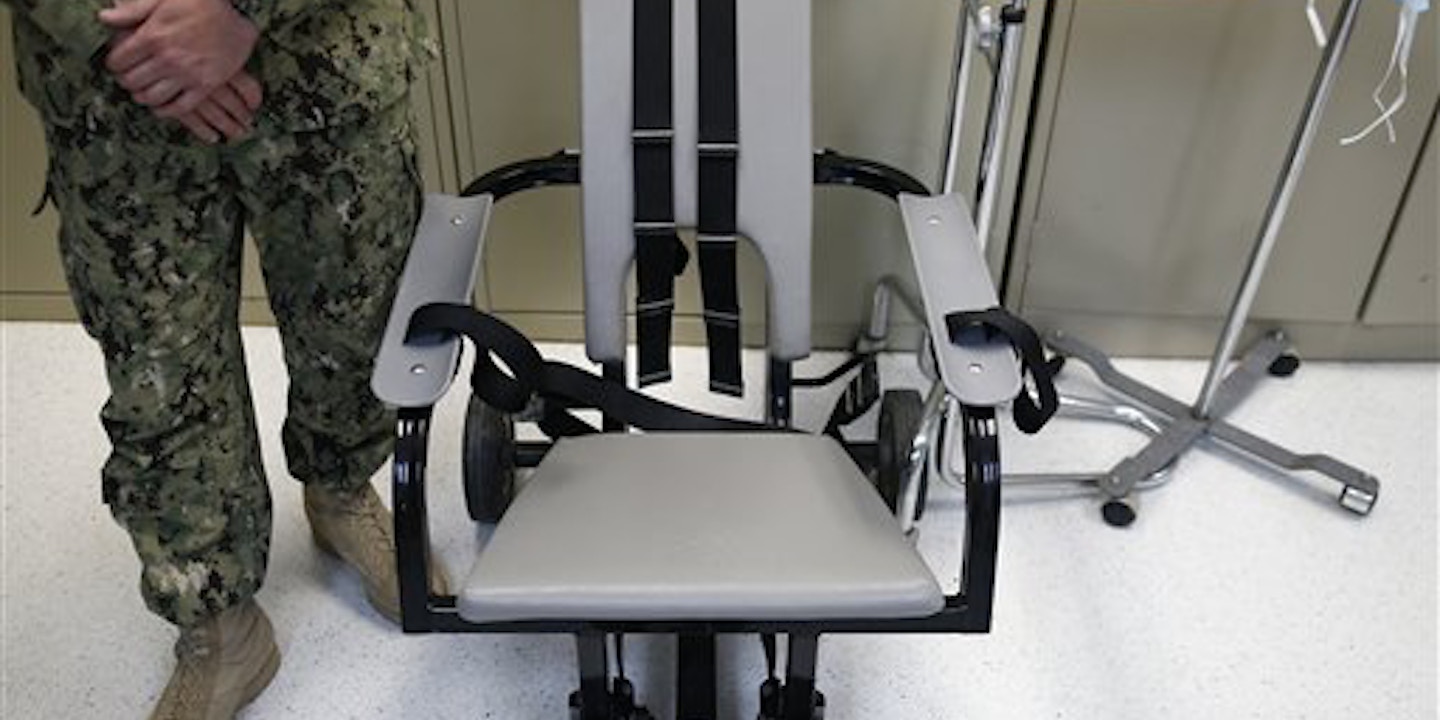 The government has refused to meet the deadline for the release of videotapes that show a detainee at Guantánamo being force-fed while on hunger strike.

A federal judge had given the government until Friday, January 22, to release around 11 hours of footage in which a Syrian detainee, Abu Wa’el Dhiab, is forcibly removed from his cell, restrained, and force-fed. Dhiab’s lawyers have called the footage “extremely disturbing.”

In a notice filed Thursday in U.S. District Court in Washington, D.C., lawyers for the Justice Department said that they would appeal the judge’s order to release the tapes. The government has previously said that the videos are properly classified, and that if released, they might “inflame Muslim sensitivities overseas.”

The lawsuit originated when Dhiab asked a judge to halt what he said was a painful and punitive procedure of force-feeding. Dhiab was released to Uruguay in December 2014, but a group of news organizations, including The Intercept’s parent company, First Look Media, intervened in the case to argue that the videos should be made public.

U.S. District Judge Gladys Kessler originally ordered the videos released in October 2014, but the government has pushed back with appeals and delayed with arguments over redactions.

“It’s disappointing that — yet again — Obama’s lawyers have suppressed the evidence that shows most eloquently why the president is right, and Guantánamo ought to close,” Cori Crider, an attorney with the human rights group Reprieve, said in a statement. Crider, who has seen the tapes, said they “would make your blood run cold.”

In an editorial published Wednesday, the Miami Herald — whose reporter Carol Rosenberg is the most stalwart observer of operations at the detention center — said that appealing to prevent the release of the videos would be tantamount to “aiding, basically, a government cover-up” of detainee abuse.

The paper compared the tapes to the infamous photos of prisoners at Abu Ghraib, writing that “disclosure of such horrors, though difficult to hear and to see, is at the foundation of Americans’ right to know what it being done on their behalf.”

Rosenberg has been tracking the number of Guantánamo detainees on hunger strike since a mass protest began in March 2013. At one point, more than 100 detainees were refusing food, and nearly half of them were being tube-fed. The Pentagon stopped publicly reporting the numbers of detainees refusing food or being force-fed in December 2013, saying that it was simply a way for the detainees to “draw attention to themselves, and so we’re not going to help them do that.”

In recent weeks, the Obama administration has transferred 16 men out of Guantánamo, part of a final-year push to close the prison.  Last week, 10 Yemeni prisoners were sent to Oman. Many of Guantánamo’s so-called forever prisoners — men the Obama administration could not charge with a crime, but whom it deems too dangerous to release — have been alerted that they are eligible for hearings with interagency review boards, which will evaluate their status (although how swiftly those reviews will actually proceed is an open question).

The Pentagon announced Thursday that two men had been resettled in Balkan nations. A third man, Mohammed Bwazir of Yemen, refused to go to the unnamed country that had agreed to take him.

“He’s been in Guantánamo so long that he was terrified about going to a country other than one where he had family,” Bwazir’s lawyer told the Miami Herald.