Donald Trump in 2000: “I Support the Ban on Assault Weapons”

These days, Trump criticizes “opponents of gun rights” for coming “up with scary sounding phrases like ‘assault weapons.’” 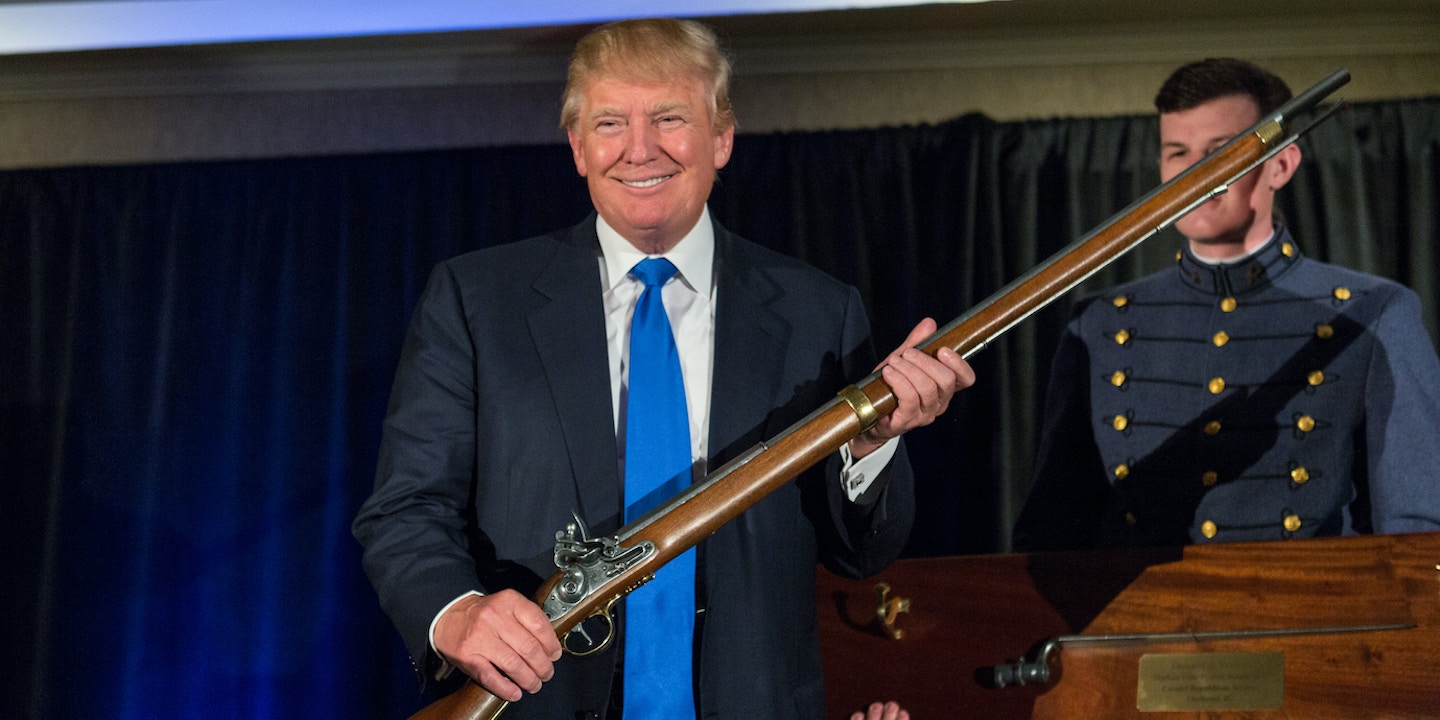 Republican presidential frontrunner Donald Trump has campaigned as an ardent advocate of expanding gun rights, but in the past he called for banning assault weapons and a longer waiting period for gun purchases.

Trump’s new gun plan calls for a national right to concealed carry and criticizes “opponents of gun rights” for coming “up with scary sounding phrases like ‘assault weapons,’ ‘military-style weapons,’ and ‘high capacity magazines’ to confuse people.” He has vowed to undo President Obama’s modest gun executive orders and even called for the elimination of all “gun-free zones” at schools.

This stands in contrast to what Trump used to advocate. In his book The America We Deserve, published in 2000, Trump took a much more moderate position, criticizing Democrats who argue for total gun confiscation but also Republicans who “walk the NRA line”:

It’s often argued that the American murder rate is high because guns are more available here than in other countries. Democrats want to confiscate all guns, which is a dumb idea because only the law-abiding citizens would turn in their guns and the bad guys would be the only ones left armed. The Republicans walk the NRA line and refuse even limited restrictions.

He concluded: “I generally oppose gun control, but I support the ban on assault weapons and I support a slightly longer waiting period to purchase a gun. With today’s internet technology we should be able to tell within 72 hours if a potential gun owner has a record.”

Today, far from calling for a ban on assault weapons, Trump is happily receiving them. A gun shop owner in New Hampshire recently gave Trump an AR-15 as a gift. He had planned to hand-deliver it backstage at a Trump rally, but the Secret Service insisted on receiving the weapon prior to the event and rendering it inoperable for safety reasons.

What are Trump’s true views on gun rights and gun control? It appears that it depends on the audience he’s talking — or writing — to.

Top photo: Donald Trump holds up a replica flintlock rifle at the Republican Society Patriot Dinner at the Citadel Military College on February 22 in Charleston, S.C.