On several issues that some of his donors care about most, Rubio acts against his stated small-government principles. 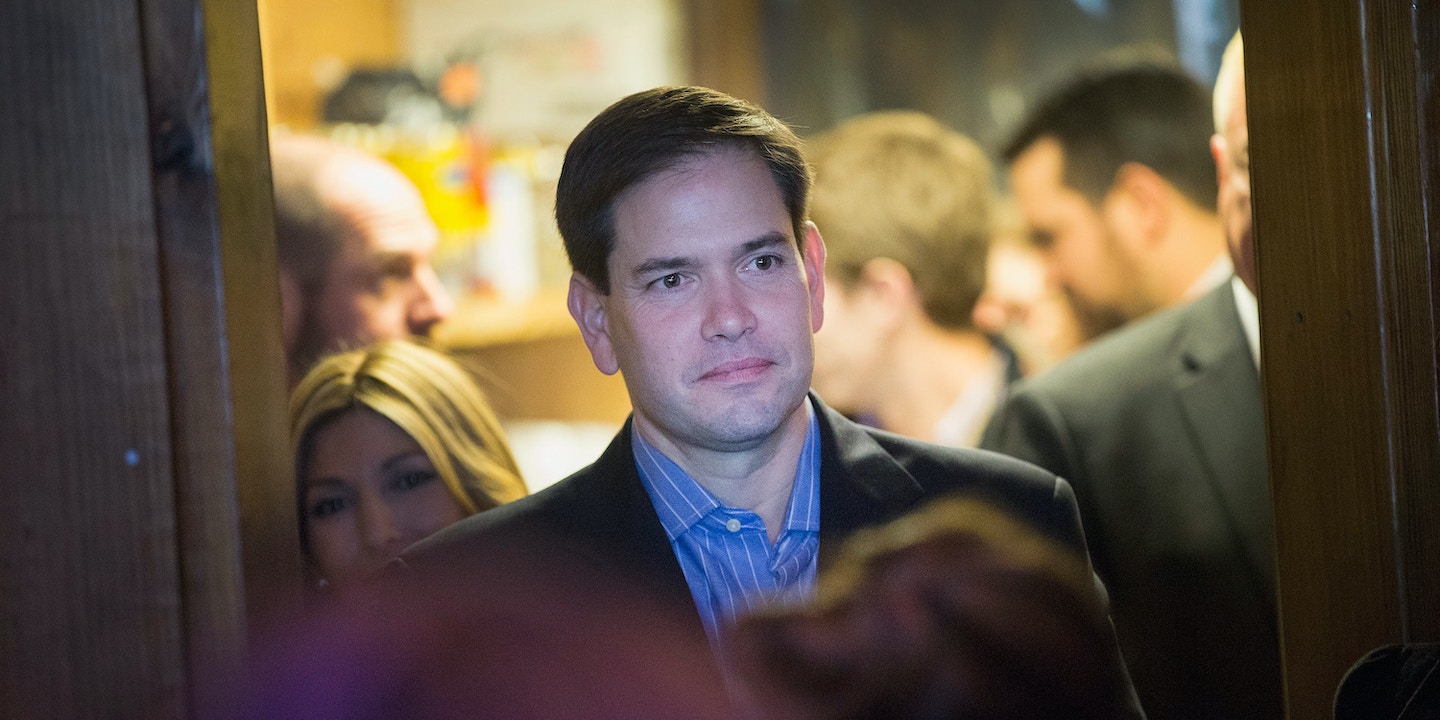 Republican presidential candidate Marco Rubio casts himself as a champion of limited government and in a new campaign ad even depicts himself as a warrior against special interests.

But on issues including sugar subsidies, online gambling, spending on military contractors, telecom regulations, and taxpayer support to scandal-plagued for-profit colleges, Rubio has backed a sweeping and costly role for the federal government.

What is it about those issues that gets Rubio to act against his stated small-government principles? They’re all associated with powerful political donors Rubio has carefully cultivated over the years.

When he served in the Florida legislature, Rubio simultaneously worked as a lobbyist for a number of private interests — so if he’s elected, he will be the first president to have worked as a registered lobbyist.

Texas Sen. Ted Cruz attacked Rubio during Thursday night’s Fox News debate for flip-flopping — from opposing “amnesty” for undocumented immigrants, to supporting it. “Marco made the choice to go the direction of the major donors — to support amnesty because he thought it was politically advantageous,” Cruz said.

“Rubio’s votes on a wide range of issues may demonstrate that he votes in favor of positions that benefit his donors, but are not necessarily consistent with his conservative campaign rhetoric,” says Loyola Law School professor Jessica Levinson. For “voters who pay attention,” she adds, “this is disheartening and dispiriting.”