“Bandage Me Quickly!” The Death of a Journalist in Yemen

A witness to the killing of Almigdad Mojalli, who worked for Voice of America, recounts what happened when the bomb struck. On January 17, Yemeni journalist Almigdad Mojalli was killed in a Saudi-led airstrike while reporting on civilian casualties in Jaref, a resort about 32 miles south of Yemen’s capital, Sanaa. Mojalli was on assignment for Voice of America. Bahir Hameed, a photojournalist who accompanied Mojalli that day, was injured in the attack. The following is Hameed’s account of what happened, as told to Mohammed Ali Kalfood, a journalist in Sanaa.

I HAD NEVER THOUGHT the place would come under aerial attack again, at least not that day, when I accompanied my friend Migdad Mojalli to Jaref.

We were visiting the resort several days after it had been bombed by airstrikes; we were on assignment for the Voice of America to report on civilian deaths there. Actually, that was our second visit to Jaref; we had been there a couple of days earlier, but Migdad was asked by his editor to reshoot the videos all over again in high quality, and to focus on some specific things. So we had to travel back to Jaref. In the morning, we got into a Hilux pickup truck: me, Migdad, and Abdulbari Naji al-Suma’ea — a friend who was our driver. It was a quiet day when we left Sanaa; no warplanes were heard above. I had been on several reporting assignments with Migdad outside of Sanaa, and I had never witnessed repeated strikes on the sites we visited. We arrived in Jaref around 9 a.m. after a drive of more than two hours.

We needed first to shoot the scene, the resort itself, where at least 21 civilians had been killed days earlier. It was really quiet; no one was there except the three of us. About 20 minutes after I started recording the scene, a warplane was heard roaring overhead. Everyone freaked out. I was so scared, looking into the sky and wondering whether it was really going to strike. The warplane was flying low. Migdad shouted, “Let’s spread out!”

We tried, but the missile was faster to hit the resort, just a few meters away from where we were standing. The explosion knocked me off my feet; I was flying before I rolled over a slope and landed a few meters away. I lay there for a couple of minutes. I was trembling with shock. Then I heard Migdad shouting for help. I was hardly able to stand up, feeling slight wounds in one of my legs and one arm.

I saw Migdad covered in blood, asking me to bandage his injuries. There were wounds in his chest and his face. He was grimacing and saying, “Wrap me up, bandage me quickly!”

I was still shaking and not able to comprehend what was happening. I couldn’t do anything, although I tried. Al-Suma’ea, our driver, managed to stand in spite of bad wounds in both of his legs and his arms. He asked me to bandage his wounds. I was really shaking and could barely do that. He then went to see Migdad. He tried to wrap Migdad’s wounds and I tried to help. 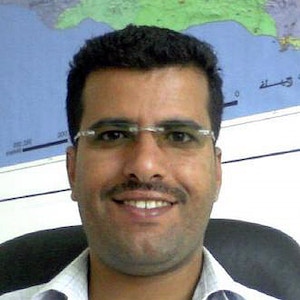 Then we took Migdad to the car. He didn’t say a word; he was only trying to breath. He looked in bad shape. We lay him in the back of the car. I was about to stay with him in the back seat when al-Suma’ea asked me to drive instead of him. He tried to, but he couldn’t because of his wounds. I tried to start the car and drive ahead, but I couldn’t drive for even 10 meters; the whole thing was having a terrible effect on me. I stopped.

Then al-Suma’ea asked me to stay with Migdad. He drove as best as he could. Migdad lay there in silence. After nearly 10 minutes, we stopped by a small clinic. We found a man there, and he said, “There is nothing here we can help you with. Take him to the town of Belad al-Roos.”

We were desperate; we needed any medical help. When Al-Suma’ea shouted at the man and asked him to do whatever he could, the man said, “The warplane would come back and strike us here.” Al-Suma’ea was very angry. He looked over to see Migdad, then started the car and drove as fast as he could, heading for Sanaa.

Migdad was already dead when we left that clinic. It was really tragic. There was nothing we could do about the whole situation. We arrived at the 48th Hospital in Sanaa and medics received us in the emergency ward. Migdad was taken to the morgue. I still can’t believe everything that happened to us.