Although he claimed “sweet” vindication, Assange nevertheless remains confined in the Ecuadorian Embassy in London. 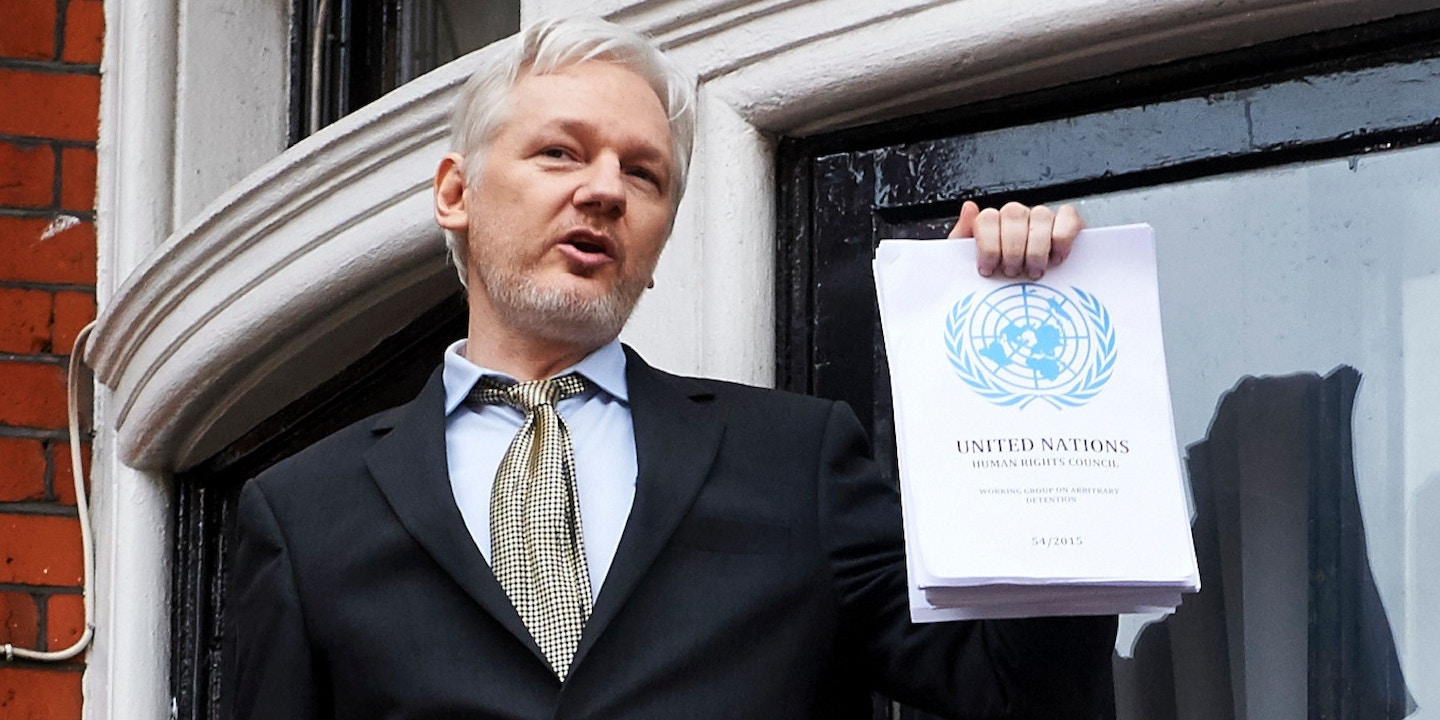 A United Nations panel ruled on Friday that WikiLeaks founder Julian Assange is being “arbitrarily detained,” but British Foreign Secretary Philip Hammond rejected what he called “a ridiculous finding.”

Although he claimed “sweet” vindication, Assange nevertheless remains confined in the Ecuadorian embassy in London where he has lived since 2012.

Assange has been fighting extradition by British authorities to Sweden, where he is wanted for questioning concerning accusations of rape and molestation. He has never been charged with a crime.

The U.N. Working Group on Arbitrary Detention called on the U.K. and Sweden “to end Mr. Assange’s deprivation of liberty, respect his physical integrity and freedom of movement, and afford him the right to compensation.”

The working group, which was established in 1991, has previously demanded the release of prominent political prisoners. In 2015, it demanded the release of Washington Post journalist Jason Rezaian, who was released last month by the government of Iran. It also ruled in favor of Burmese opposition leader Aung San Suu Kyi, who was released in 2010, and Egyptian President Mohammed Morsi, who is still held in Cairo after a military coup.

Assange’s legal trouble began in 2010, several weeks after WikiLeaks released 90,000 U.S. intelligence reports on the Afghanistan War. Swedish prosecutors issued an arrest warrant for Assange, demanding that he be extradited to Stockholm to face questioning on accusations of sexual assault. Assange was arrested in London, but fought his extradition, claiming that he was at risk of being extradited again to the United States, where he was facing detention and a potential indictment under draconian espionage laws.

In 2012, after exhausting his appeals, Assange was granted asylum by Ecuador. But the British government refused to allow him to board a plane, resulting in three years of confinement and legal limbo inside the Ecuadorian Embassy in London.

The Swedish government repeatedly declined to send investigators to question Assange in London. In 2014, a Swedish appeals court scolded prosecutors for failing “to examine alternative avenues … to move the preliminary investigation forward.”

Until October 2015, Scotland Yard kept the embassy under 24-hour surveillance, spending nearly £11.1 million of taxpayer money. Surveillance was scaled back after a local radio station obtained the financial records under the Freedom of Information Act.

Top photo: On the balcony of the Ecuadorian Embassy in London, WikiLeaks founder Julian Assange holds a report of the judgment of the U.N. Working Group on Arbitrary Detention on his case.