Under current law, 15 percent of aid to Egypt is subject to being withheld based on human rights conditions — although even that can be waived. 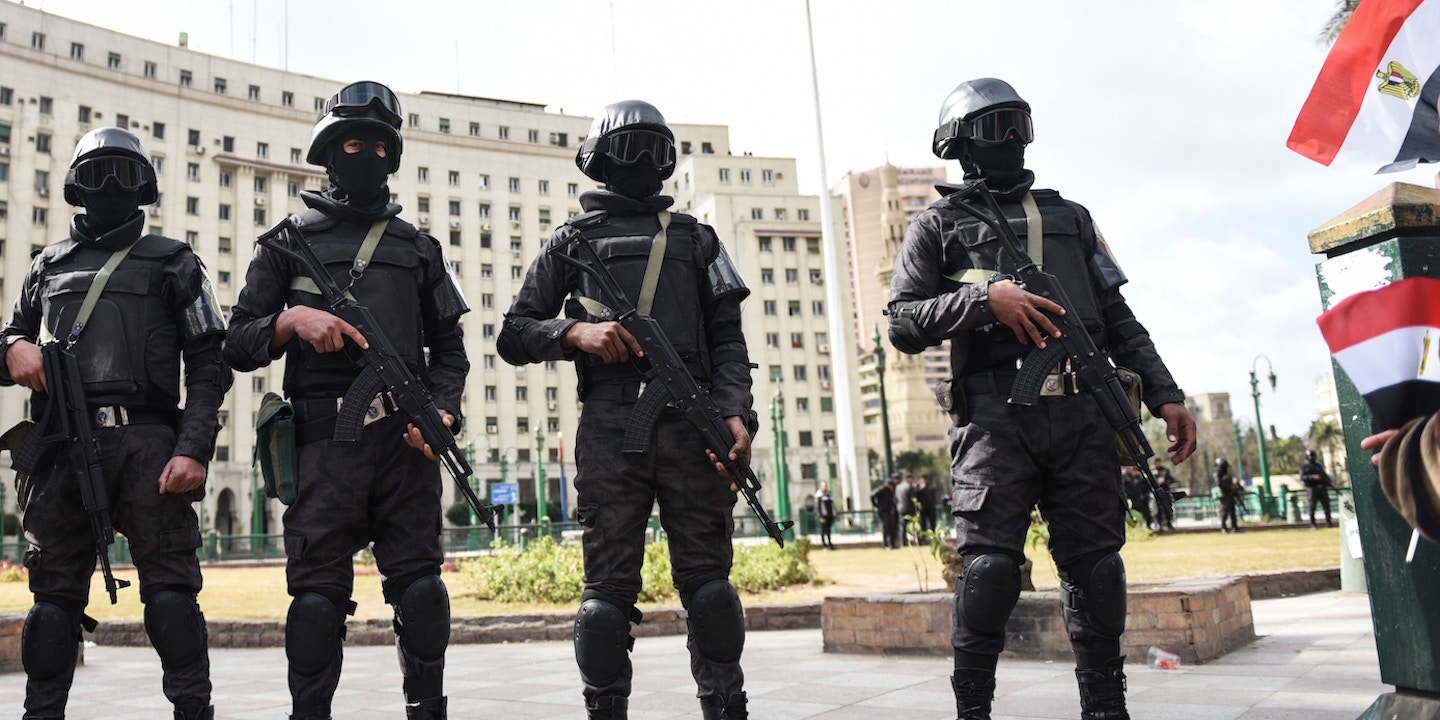 The budget proposal released by the Obama administration Tuesday seeks to roll back restrictions Congress has placed on foreign aid to Egypt’s military regime and the sale of crowd control weapons to “emerging democracies.”

Under current law, 15 percent of aid to Egypt is subject to being withheld based on human rights conditions — although even that can be waived if it is deemed to be in the national security interest of the United States, as it was last year.

Cole Bockenfeld, deputy director for policy at the Project on Middle East Democracy, says the administration probably doesn’t want to go to the trouble of justifying its waiver this year. “They had to basically do an assessment. … Here’s how they’re doing on political prisoners, here’s how they’re doing on freedom of assembly, and so on,” Bockenfeld explains. Last year’s report “infuriated the Egyptians … it was a pretty honest assessment of how things had deteriorated in Egypt.”

The assessment, for instance, took the Egyptians to task for the “impunity” their security forces operate under and restrictions on due process.

“I think what they’re trying to do is avoid a repeat of that scenario,” concludes Bockenfeld. “Because that upset the Egyptians as much as it did, we’d rather handle those things privately.”

“Typically the administration always wants as much freedom of action as possible, it wants the fewest legislative restrictions as possible on assistance programs,” says Michele Dunne of the Carnegie Endowment for International Peace.

Also in the administration’s budget is a request to remove a provision that prohibits the transfers of tear gas and other crowd control weapons to countries that are “undergoing democratic transition.”

Bockenfeld says that this is a provision that’s been in U.S. law since 2012, a reaction to the Arab Spring protests.

If the administration successfully rolls back the crowd control provision, “It’s basically going to be free for all,” says Husain Abdulla, executive director of Americans for Democracy and Human Rights in Bahrain. Among the countries seeking these devices from the U.S. are Egypt, Saudi Arabia, and Bahrain, Abdulla says. “You cannot call for democracy in one region of the world then supply another region with equipment that is used to suppress people who are peacefully asking for their universal rights.”