Why Is RE/MAX Selling Properties in Illegal Israeli Settlements? 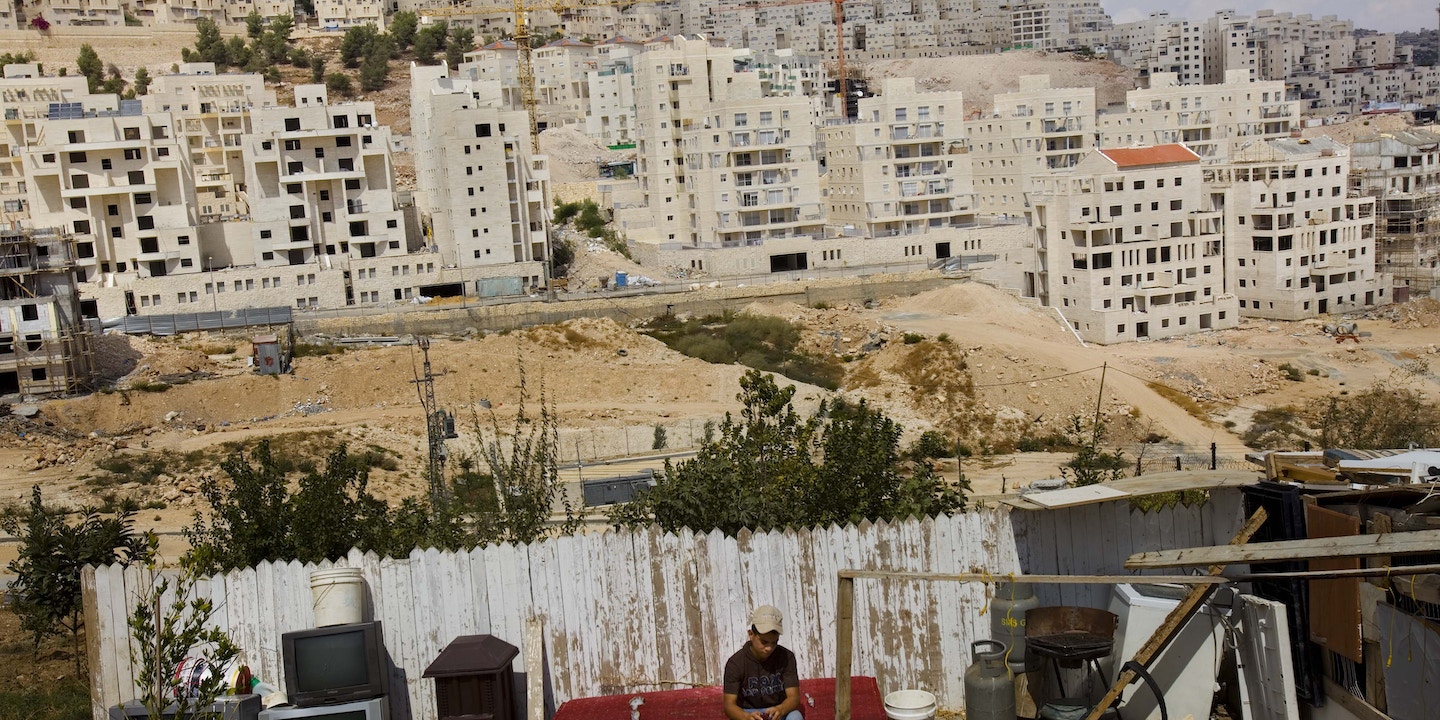 ISRAEL’S COLONIZATION OF Palestinian territory in the occupied West Bank is widely recognized as a moral, legal, and political disaster for the peoples of the Middle East. Despite this, becoming a colonist in an Israeli settlement is relatively easy. In fact, it’s as easy as logging on to the website of the country’s local RE/MAX franchise and checking out the abundant housing listings in illegal colonies like Ariel, Ma’aleh Adumim, and Givat Ze’ev.

Last month, Human Rights Watch released a report on corporations profiting from the military occupation of the West Bank. The sole American corporation identified in the report was RE/MAX, the Colorado-based real estate company whose name is synonymous with home buying in the United States. As noted in the report, titled “Occupation, Inc.,” as of November 2015 RE/MAX offered 80 properties for sale in 18 different settlements, with a combined value approaching $36,250,000. 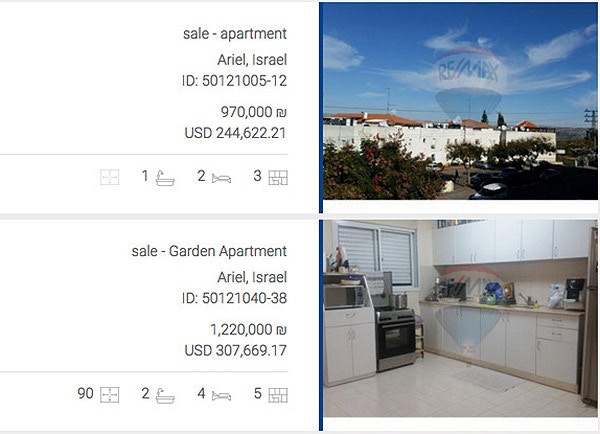 RE/MAX did not respond to multiple requests for comment from The Intercept. In 2014, following criticism of its settlement listings from the left-wing activist group CODEPINK, RE/MAX released a statement claiming that it was not responsible for the actions of its Israeli franchisee, having sold its brand rights to Israeli businessman Bernard Raskin in 1995. But, according to Human Rights Watch, RE/MAX still earns financial benefits from its Israeli franchise operations in the form of broker fees, revenue, and annual dues. The company also maintains control of its brand name and promotional materials. It could potentially withdraw these privileges from any franchise that acts in contravention to company policies.

“RE/MAX has said that it does not control its Israeli franchise and therefore isn’t responsible for its actions, but local franchises can only operate subject to a franchise agreement with the company,” says Sari Bashi, Israel/Palestine director for Human Rights Watch. “Any such agreement must require franchises using the RE/MAX name to perform due diligence, ensuring that their business activity does not contribute to or benefit from serious violations of human rights or international law.”

The Israeli RE/MAX website lists properties only in Hebrew and English, excluding Arabic language listings despite the fact that roughly 20 percent of the Israeli population is of Arab background. One unnamed Israeli real state agent who spoke with Human Rights Watch investigators reportedly told them, “I don’t buy from or sell to Arabs. It’s not racism, I just prefer not to deal with [them],” adding that his relationship with RE/MAX headquarters was simply to share profits. “They can’t make me sell to anyone,” he said. Not only does RE/MAX’s Israeli franchise list properties for purchase in the settlements, effectively using the power of the market to help entrench the occupation, it also operates an office in the larger settlement of Ma’aleh Adumim.

As per Article 49 of the Fourth Geneva Convention, it is illegal for an occupying power to transfer its citizens into territory under occupation. The United Nations has repeatedly made clear that Israel’s ongoing settlement program violates international law, and the Obama administration has gone on record to call the settlements themselves illegitimate. Despite such international opprobrium, however, the settlements continue to grow. In the week immediately following the HRW report, the Israeli government announced the construction of an additional 150 housing units in the colony of Ariel.

Such moves have further dimmed the prospects for future Palestinian statehood. Even U.S. Ambassador to Israel Daniel Shapiro, a vocal supporter of Israel, noted in comments recently that continued settlement activity in the West Bank “raises honest questions about Israel’s long-term intentions.” In 2014, Secretary of State John Kerry caused a similar furor when he said that the settlements were sending Israel on a path toward “apartheid.” Such statements have been widely viewed as reflecting a growing American exasperation with Israeli policy.

The growth of the settlements has also provided momentum to the so-called BDS movement to boycott, divest from, and sanction Israel. The housing rental company AirBnB has also recently come under pressure from BDS campaigners for listing on its website rental properties in the occupied West Bank.

The findings of “Occupation, Inc.” should be viewed against this backdrop of growing pressure against the Israeli government and companies profiting from Israeli colonialism. The report insists that its profiles of corporations profiting off the occupation are “not intended to single them out as particularly problematic,” but the case studies it provides of RE/MAX and other companies active in the West Bank Israeli settlement of Ariel provide fodder for BDS campaigners.

Last week, a longtime RE/MAX broker wrote in The Independent that he had resigned from the company after repeatedly voicing his concerns to company management, but being ignored. “Appeals to RE/MAX’s sense of morality and its obligations within the framework of international law had failed,” the former broker wrote, saying the company and others were “risking their reputation for a small market with enormous ethical challenges.”

Human Rights Watch says that RE/MAX has a duty to confront the illegal activities of its Israeli franchisee.

“RE/MAX is selling apartments to communities built on Palestinian land that Palestinians themselves are banned from entering without a permit, and then, only to work as laborers,” Bashi says. “These are activities that not only violate the Geneva Conventions against population transfer in occupied territory, but also the Rome Statute that specifically defines such transfers as war crimes.”

“Any due diligence that RE/MAX does on its franchisees requires it to cease activities that violate international law, and that means ensuring that its Israeli franchisee does not sell properties in the occupied West Bank.”