President Obama’s defense budget request for 2017 includes language that makes it clear that nuclear “modernization” really is about Russia after all. 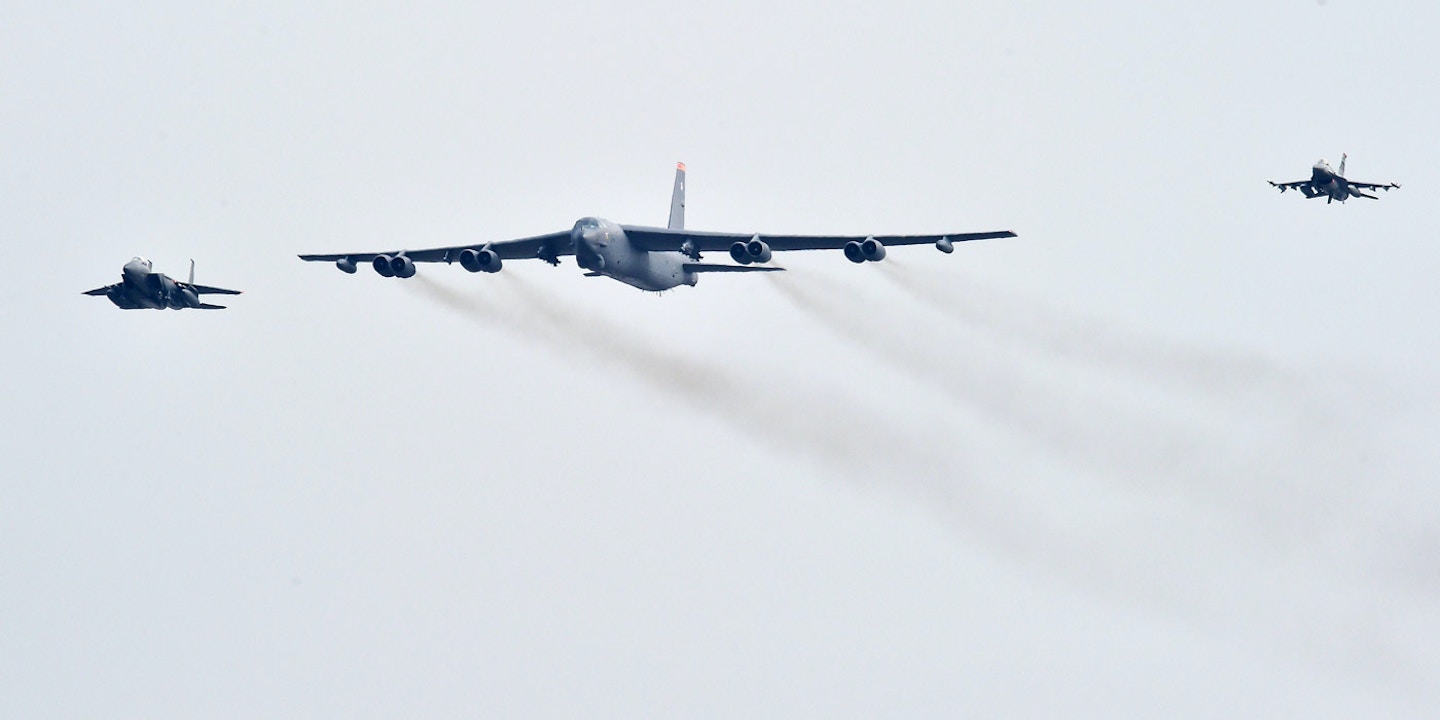 The Obama administration has historically insisted that its massive $1 trillion nuclear weapons modernization program does not represent a return to Cold War-era nuclear rivalry between Russia and the United States.

The hugely expensive undertaking, which calls for a slew of new cruise missiles, ICBMs, nuclear submarines, and long-range bombers over the next three decades, has been widely panned by critics as “wasteful,” “unsustainable,” “unaffordable,” and “a fantasy.”

The administration has pointed to aging missile silos, 1950s-era bombers, and other outdated technology to justify the spending, describing the steps as intended to maintain present capabilities going forward — not bulking up to prepare for a future confrontation.

Last year, speaking to NATO allies, Defense Secretary Ashton Carter insisted that “the Cold War playbook … is not suitable for the 21st century.”

But President Obama’s defense budget request for 2017 includes language that makes it clear that nuclear “modernization” really is about Russia after all.

The budget request explicitly cites Russian aggression, saying, “We are countering Russia’s aggressive policies through investments in a broad range of capabilities … [including] our nuclear arsenal.”

In December, Brian McKeon, principal deputy undersecretary of defense for policy, testified before Congress: “We are investing in the technologies that are most relevant to Russia’s provocations … to both deter nuclear attacks and reassure our allies.”

The public acknowledgement that Russia is the impetus for U.S. modernization has critics concerned the Cold War-era superpowers are now engaged in a “modernization” arms race.

“Both Russia and the United States are now officially and publicly using the other side as a justification for nuclear weapons modernization programs,” said Hans Kristensen, director of the Nuclear Information Project, in a statement emailed to The Intercept.

Early in his presidency, Obama was an outspoken advocate of nuclear disarmament. In April 2009, he pledged his commitment “to achieving a nuclear free world,” together with former Russian President Dimitri Medvedev. Later that month, Obama delivered a celebrated speech in Prague, saying he sought “the security of a world without nuclear weapons.” And he negotiated a 2011 nuclear treaty with Russia, which required both countries to reduce their arsenals to 1,550 operational warheads each.

But according to Obama’s advisers, Russia’s invasion of Crimea halted his disarmament efforts. In a 2014 interview with the New York Times, Gary Samore, one of Obama’s top first-term nuclear advisers, said, “The most fundamental game changer is Putin’s invasion of Ukraine. That has made any measure to reduce the stockpile unilaterally politically impossible.”

Former officials have proposed ways of trimming the trillion-dollar budget. In December, former Defense Secretary William Perry called for the Pentagon not to replace its aging ICBMS, arguing that submarines and bombers were enough to deter nuclear threats.

Retired Gen. Eugene Habiger, the former head of U.S. Strategic Command, which overseas the Pentagon’s nuclear weapons, has argued that U.S. nuclear forces have little to no deterrent effect on Russia and China, and that the U.S. can safely reduce its active arsenal to 200-300 weapons.

Last year, in an effort to cut the costs of nuclear modernization, Sen. Ed Markey, D-Mass., and Rep. Earl Blumenauer, D-Ore., introduced a bill that would reduce the number of planned missile-bearing submarines from 14 to eight. The bill, which would save an estimated $4 billion per submarine, was co-sponsored by Sen. Bernie Sanders, the Vermont Democrat who is now running for president.

When asked about nuclear modernization at a campaign event in Des Moines, Iowa, Hillary Clinton responded, “Yeah, I’ve heard about that, I’m going to look into that, it doesn’t make sense to me.” Republican presidential candidate Marco Rubio, on the other hand, supported the expense, saying, “Deterrence is a friend to peace.”

Religious groups have also voiced opposition to nuclear modernization. “We were pleased with the president’s statement calling for a world without nuclear weapons,” said Mark Harrison, director of the Peace with Justice program at the United Methodist General Board of Church and Society.

David Culp, a legislative representative at the Quaker-affiliated Friends Committee on National Legislation, said, “The increased spending on U.S. nuclear weapons is already provoking similar responses from Russia and China. We are slowly slipping back into another Cold War, but this time on two fronts.”

Contracts are already being signed. In October, the Pentagon awarded Northrop Grumman the contract for the new long-range bomber. The total cost is secret, but expected to exceed $100 billion.

Top photo: A B-52 Stratofortress escorted by an F-15K and F-16 in South Korea in January.