Americans 18 to 26 are extremely liberal, so liberal that it’s hard not to believe the U.S. is fundamentally changing. 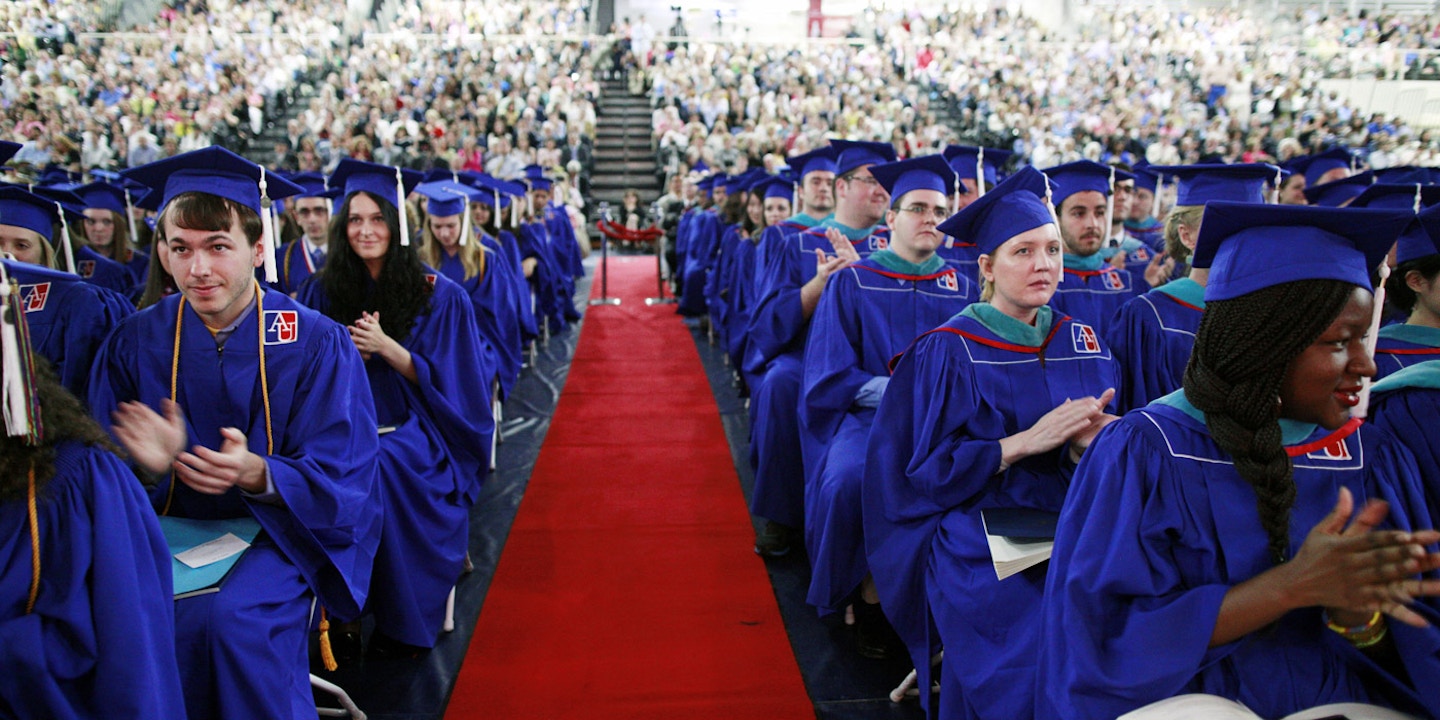 According to new polling by right-wing political consultant Frank Luntz, Americans 18 to 26 are extremely liberal — so liberal that “the hostility of young Americans to the underpinnings of the American economy and the American government” should “frighten every business and political leader” and “excite activists for Sanders and, to a lesser degree, Clinton activists.”

Luntz’s poll found that young Americans are optimistic about both the country’s future and their own: 61 percent say the best days of the United States are still ahead of us rather than behind us, and 88 percent are somewhat, very, or extremely optimistic about their economic prospects. But they have concerns, too. Their biggest, in order, are “corruption,” “greed,” and “inequality.”

President Obama is not their favorite political figure — Bernie Sanders is. Indeed, 31 percent said Bernie Sanders is the major political figure they “like and respect the most” — more than Obama (18 percent) and Hillary Clinton (11 percent). Fewer young people like and respect Republican politicians, with just 9 percent choosing Donald Trump, 5 percent George W. Bush, and 5 percent Ted Cruz. Bill Clinton has been nearly forgotten, with only 3 percent choosing him. Elizabeth Warren also has low visibility, chosen by just 2 percent. All in all, 66 percent of young Americans chose a Democratic political figure.

Admiration of Sanders is especially strong among the younger half of respondents, with 40 percent of 18- to 21-year-olds saying he’s the political figure they most like and respect. In addition, more 18- to 21-year-olds chose Sanders as the person they’d most like to have dinner with than anyone else, ahead of Obama, Jennifer Lawrence, Ellen DeGeneres, Bill Gates, Taylor Swift, and Beyoncé.

In response to the question, “Which type of political system do you think is the most compassionate?”, 58 percent said socialism and 9 percent said communism. Just 33 percent chose capitalism. Sixty-six percent of the poll’s respondents said corporate America “embodies everything that is wrong about America.” 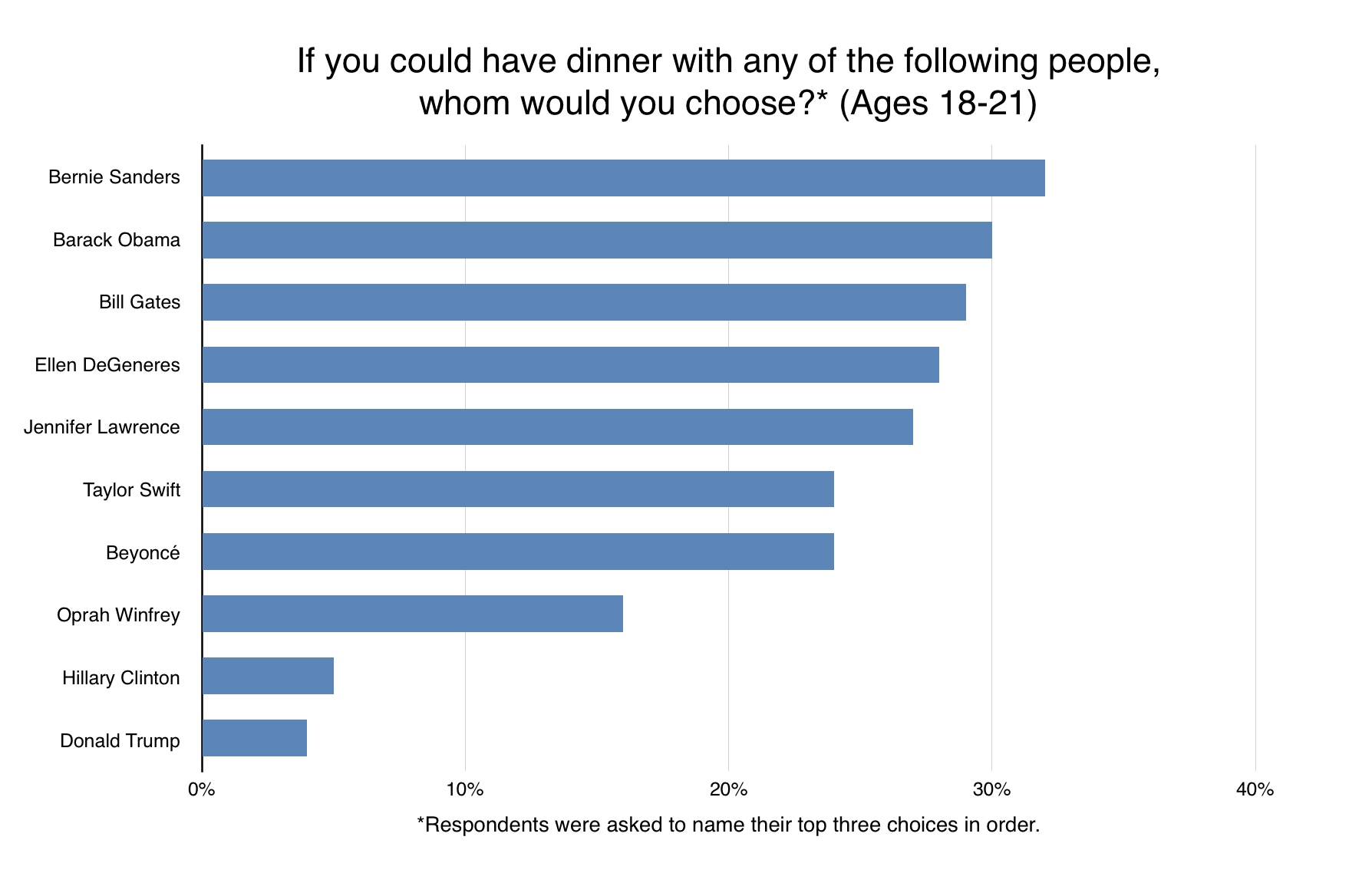 The poll, conducted February 11 to 14, surveyed 1,000 18- to 26-year-olds. In the introduction to his polling memo, Luntz dubs young Americans “the Snapchat Generation,” which indicates that he is very, very old.