Joe Wilson to Hillary Clinton in 2010: Baghdad “Has Been Bled to Death”

The early critic of the run-up to war in Iraq told Clinton that waste and racism were obstructing the rebuilding process. 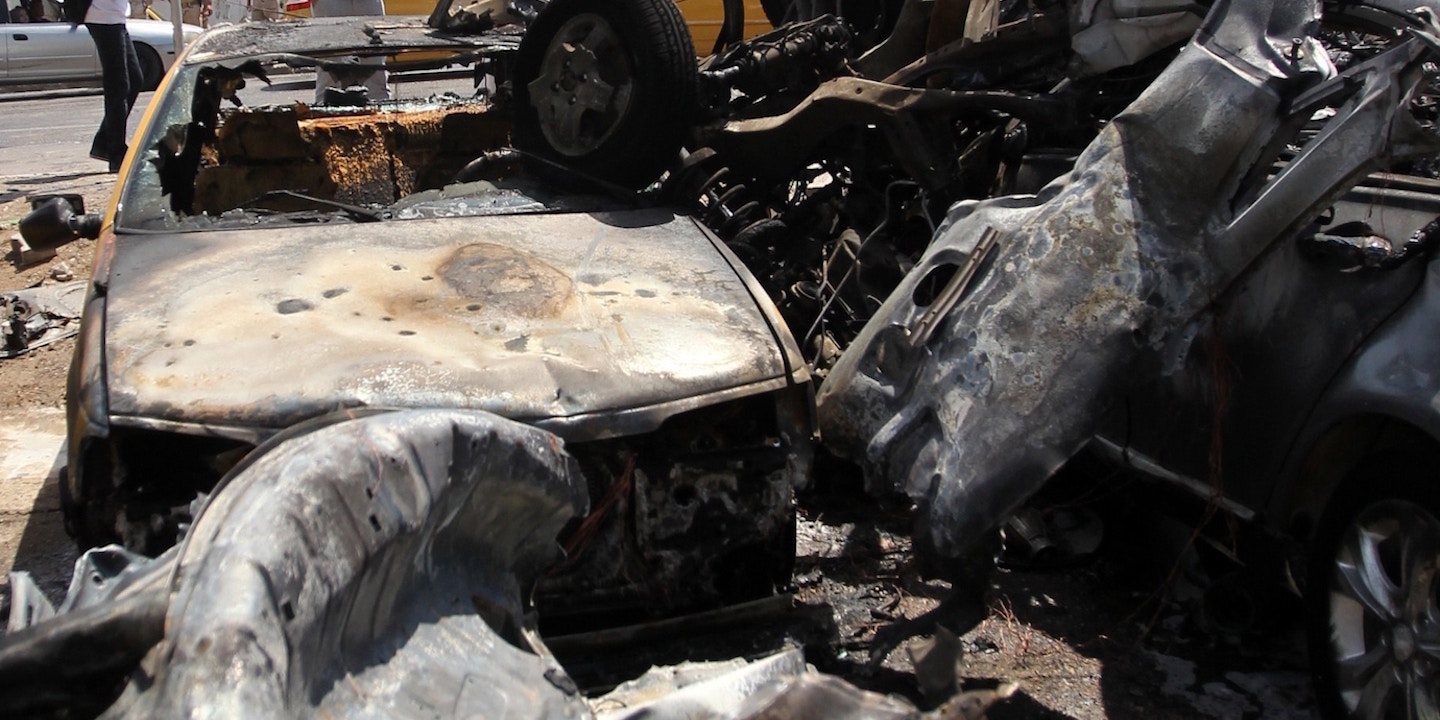 The latest release of Hillary Clinton emails includes a sobering, confidential 2010 letter from ex-Ambassador Joe Wilson in which the former diplomat reflects on a trip he had recently made to Iraq, the devastation caused by the war, and how waste and racism are obstructing the rebuilding process.

Wilson was an early critic of the Bush-Cheney administration’s lies in the run-up to the war in 2003. His wife, CIA operative Valerie Plame, was outed by White House staffers as part of an effort to discredit him.

The opening paragraph of his letter describes the society-wide destruction he witnessed upon traveling to the country:

My trip to Baghdad (September 6-11) has left me slack jawed. I have struggled to find the correct historical analogy to describe a vibrant, historically important Middle Eastern city being slowly bled to death. Berlin and Dresden in World War II were devastated but they and their populations were not subjected to seven years of occupation that included ethnic cleansing, segregation of people by religious identity, and untold violence perpetrated upon them by both military and private security services. I have not been to Gaza but suspect that the dehumanizing effects are somewhat similar. … The occupation and especially the walling off of neighborhoods have destroyed the very fabric of the urban society.

Wilson also wrote about the failed reconstruction efforts. He explained that his energy infrastructure firm Symbion won contracts through a competitive bidding process and was at one point the country’s top fixed-price contractor — meaning that it agreed on a fixed price for services that includes costs and profit. Many of Symbion’s competitors, he complained, were “cost plus contractors,” meaning that the government reimbursed them for costs then provided more funds on top of that for profit. That form of contracting creates incentives for companies to spend more to increase profits, and Wilson said that in Iraq, they were trying to “run up the costs they can bill” to taxpayers.

He then described the racism he saw on display at the store on the American military base at the Baghdad airport:

The soldiers I saw on the base are not infused with the commitment to help Iraqis help themselves. I scoured the PX for t-shirts for my kids to memorialize my trip but was hard put to find any that were not horribly bellicose or racist in nature. Shirts with mushroom clouds conveyed the Baghdad weather as 32,000 degrees and partly cloudy. Others referred to Arabs as camel jockeys and those were the least offensive. Were I the commander those shirts would not be on the shelves as they convey adolescent macho Pastor Terry Jones attitudes. The service people don’t see themselves there to bring peace, light, joy or even democracy to Iraq. They are there to kill the “camel jockeys.”

He concluded, “I think we all need a slap in the face to remember what hell we have wrought in Iraq and what the consequences of stupid wars can be.” He explained: “War is not diplomacy by other means; it is upheaval with all the uncertainty that comes with that. Our military leaders are far too powerful and their playing politics has to be slowed if not stopped lest we continue to have to endure their rather open blackmailing of our political system.”

Six years later, Wilson tells The Intercept, “I think that the extent to which things have changed since, it has been for the worse. Other than the fact that there are fewer American servicepeople and bases in the country, it strikes me that attitudes, if anything, are worse.”

And he said he’s not hopeful. “As to the future, I think conditions on the ground, the international backing of different groups in this fight against Daesh [also known as the Islamic State, or ISIS], and the increasing instability in the region make positive outcomes in the foreseeable future unlikely.”

Top photo: The aftermath of a car bombing in Baghdad, April 2015.