In Recent Trials of Violent Cops, the Broader Police Force Gets a Pass

After decades of impunity, an officer’s conviction is understandably seen as a step toward accountability. But even prosecutors make arguments that deny systemic racism in policing. IN TWO RECENT high-profile cases that ended with the rare criminal conviction of police officers, prosecutors put forth similar statements. “This is not a law enforcement officer that committed these crimes,” Oklahoma County District Attorney David Prater asserted following the rape trial of former cop Daniel Holtzclaw. “If he was a true law enforcement officer, he would have upheld his duty to protect these citizens rather than victimize them.” Meanwhile, as former NYPD officer Peter Liang was tried for the manslaughter killing of an unarmed black man, Akai Gurley, Assistant District Attorney Joseph Alexis told the jury, “It is our position that Peter Liang is not the same as the police officers who bravely keep us safe every day.”

It is standard practice, central to the myth of law as an impartial mechanism, for lawyers to urge jurors to set aside the historical and political context of a case and consider only the facts at hand. It is notable, however, that prosecutors in both instances, striving to extract convictions, were compelled to distance the defendants from their roles as police officers.

After decades of impunity, acquittals, and non-indictments, an officer’s conviction — in the NYPD’s case, the first for an on-duty killing in more than 10 years — is understandably seen as a step toward broader accountability. And of course, it’s outside the remit of any single criminal trial to “put the system on trial” — we are not in a movie. But a closer look at the Liang trial in particular reveals a conviction won with arguments that explicitly exculpate New York policing.

In a rhetorical move common in many such trials, Liang’s prosecutor did not simply stress the guilt of the defendant, but offered praise for the police force from which he was to be differentiated. “There are proud, brave cops who go out every day and patrol every day and every night to keep us safe. We honor those cops. We applaud those cops,” the prosecutor told the jury.

Liang’s attorney Robert E. Brown claimed that “to make a determination that his actions were criminal, that his actions were unjustified by taking his gun out, would send a chilling effect to the police officers in New York City.” The defense essentially framed Gurley’s death as a tragic accident, unavoidable in the perilous business of policing project housing. Liang, 27, had his gun drawn, finger on trigger, while carrying out a vertical patrol in a darkened stairwell in Brooklyn’s Pink Houses last winter. The cop heard a noise and fired, his bullet ricocheted off a wall and struck Gurley in the heart. Neither Liang nor his partner carried out CPR, a lapse both officers attributed to inadequate NYPD training. In his own testimony, Liang stated he felt the need to draw his weapon because the Pink Houses were a “high-crime area.”

The prosecution rightly lambasted Liang for this defense. “Not everyone has the luxury of living in a doorman building,” Alexis said. “The defendant would have you believe the Pink Houses is full of criminals.” The problem, however, is that the prosecution also insisted that it was somehow Liang’s unique cowardice and class bias that led him to draw his gun, as opposed to long-established tendencies in U.S. policing, specifically those related to controversial vertical patrols in public housing.

Meanwhile, it was Liang’s defense attorney, as the trial came to summation, who provided an (inadvertently) strong critique of New York policing. “What you have to do is ask yourselves,” he told the jury, “is what he did a gross deviation of what a police officer normally does?” The complication with Liang’s conviction is that the answer to the question should be “no,” yet the verdict meant “yes.” Daniel Holtzclaw is led from a courtroom in Oklahoma City on Oct. 30, 2015. He would later be convicted of sexually assaulting eight African-American women while on duty.

The similarity with Holtzclaw’s case lies only (but crucially) in the prosecution disingenuously urging the defendants not be considered as cops. Holtzclaw has been sentenced to 263 years in prison, convicted on 18 sex crime charges against eight African-American women. He targeted victims in the low-income area he patrolled, often with criminal records, and assaulted them on the explicit assumption that they would either not speak out or not be believed. The district attorney’s claim that it was “not a law enforcement officer that committed these crimes” ignores the crucial fact that it was only as a law enforcement officer that Holtzclaw was able to wield such power and presumption of impunity.

As with police killings, there is a scarcity of comprehensive official data on police sexual assault cases. But the predator cop is not a unique animal, according to the findings of a 2015 Associated Press investigation that uncovered some 1,000 officers — “unquestionably an undercount” — whose badges were revoked over a six-year period for sexual assault or other sexual misconduct. “Some departments also stay quiet about improprieties to limit liability,” the AP reported, “allowing bad officers to quietly resign, keep their certification, and sometimes jump to other jobs.”

In U.S. courts, it remains a losing strategy to challenge the institution of policing — it is hard enough to get individual cops convicted.

“In my experience with these on-duty officer incidents, juries go out of their way to find reasonable doubt,” said Philip Stinson, a Bowling Green University criminology professor and ex-cop who has been credited with keeping “the country’s best data set on police misconduct.” According to The Guardian’s tally, police in the U.S. killed 1,134 people in 2015 (with young black men nine times more likely than other Americans to be killed). Of the 65 officers over the past decade who received felony charges in connection with fatal shootings, the Washington Post reported, only 11 were convicted. 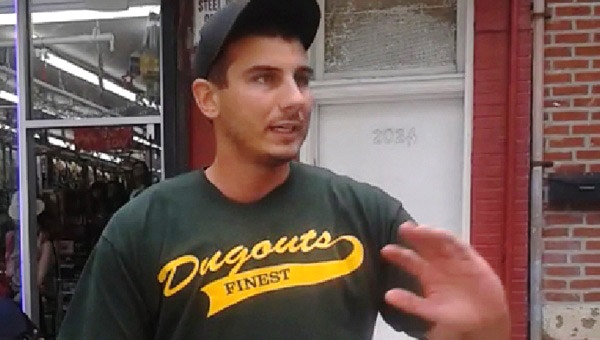 Earlier this month, thousands of protesters, largely gathered by Asian-American community organizations, rallied to protest Liang’s conviction, for which he faces up to 15 years in prison. Some 10,000 people crammed into Brooklyn’s Cadman Plaza Park. Their message was that Liang, as a young Chinese-American, had been scapegoated and faced discrimination and punishment that his white peers would not.  “There are two white police officers who didn’t even have a trial, in Ferguson and Staten Island,” said protester Tiu Wu to the New York Post, referring to the non-indictment of officers Darren Wilson and Daniel Pantaleo.

Meanwhile, a small counterprotest of Black Lives Matter supporters gathered nearby with signs that read “jail killer cops.” Liang’s supporters are entitled to raise the question of discriminatory inconsistencies. Indeed, it’s reasonable to argue that Liang was convicted for doing what, for other cops, has been deemed justified.

This shouldn’t mean leniency for Liang, who will be sentenced in April. But it is not to stand against justice for Akai Gurley to recognize that a “bad apple”-based conviction is a limited victory. As Jay Caspian Kang noted in a New York Times Magazine essay on how Asian-Americans should feel about the Liang protests: “How can any sincere confrontation of racial inequity in policing and the criminal justice system ignore the inconvenient singularity of Liang’s conviction?”

Samuel Mitrani, a history professor at the College of DuPage and author of Reforming Repression: Labor, Anarchy, and Reform in the Shaping of the Chicago Police Department, told The Intercept that the recent convictions, while no indication of a sea change in police accountability, would “in no way” have happened without the political pressures exerted by the demonstrations from Ferguson to Baltimore and beyond. “Following an uptick in riots and protests in the ’60s and ’70s, there were some changes in policing. More black officers were hired, for example,” Mitrani said. “But an attitude towards change only lasted two or three years … which speaks to the need to keep up pressure.”

He stressed, too, that the charges for which cops are convicted, and the sentences handed down, are consistently lenient. “Jon Burge was only ever convicted on perjury, which is pretty outrageous,” Mitrani said, referring to the former Chicago police commander who oversaw the torture of dozens of suspects, mostly African-American, to extract confessions between 1972 and 1991. Burge was jailed for less than five years.

We might also recall the conviction Johannes Mehserle, the Bay Area transit officer who fatally shot Oscar Grant, an unarmed black man, as he lay facedown and handcuffed on a train platform. Mehserle was convicted not of murder, but of involuntary manslaughter, and served just over a year behind bars. While Liang could face 15 years, it’s unlikely that he will serve that much time. However, the numerous calls for leniency in Liang’s case — asserting that NYPD policy and training, not the rookie cop, should bear the blame — speak to a dangerous dichotomy. Blaming the NYPD should not exclude blaming the individual party; blaming the killer should not exclude blaming the NYPD. 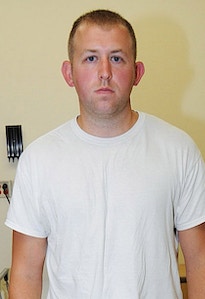 The Department of Justice last summer released a scathing report on the Ferguson Police Department, affirming accusations of systematic racial bias, buoyed by a pernicious quota system to line city coffers. At the exact same time, the Justice Department announced that it would not bring federal civil rights charges against former officer Darren Wilson for the killing of unarmed teen Michael Brown. Taken together, the Justice Department’s actions offered up a revealing statement: The department could slam the Ferguson Police Department’s racism, but assert that Wilson’s act was within the remit of doing his job correctly.

If Liang had been acquitted, it would have been on the grounds put forward by his defense team that he was simply doing his job. He was convicted on the premise that he failed as a cop. The conviction is rightful, but his attorney’s claims were, all too tragically, apt: His actions were not a “gross deviation” from normal policing. There’s no innocence in that, but no justice in denying it either.