Sanders is bucking the bipartisan establishment consensus that the U.S. should be openly biased in favor of Israel. 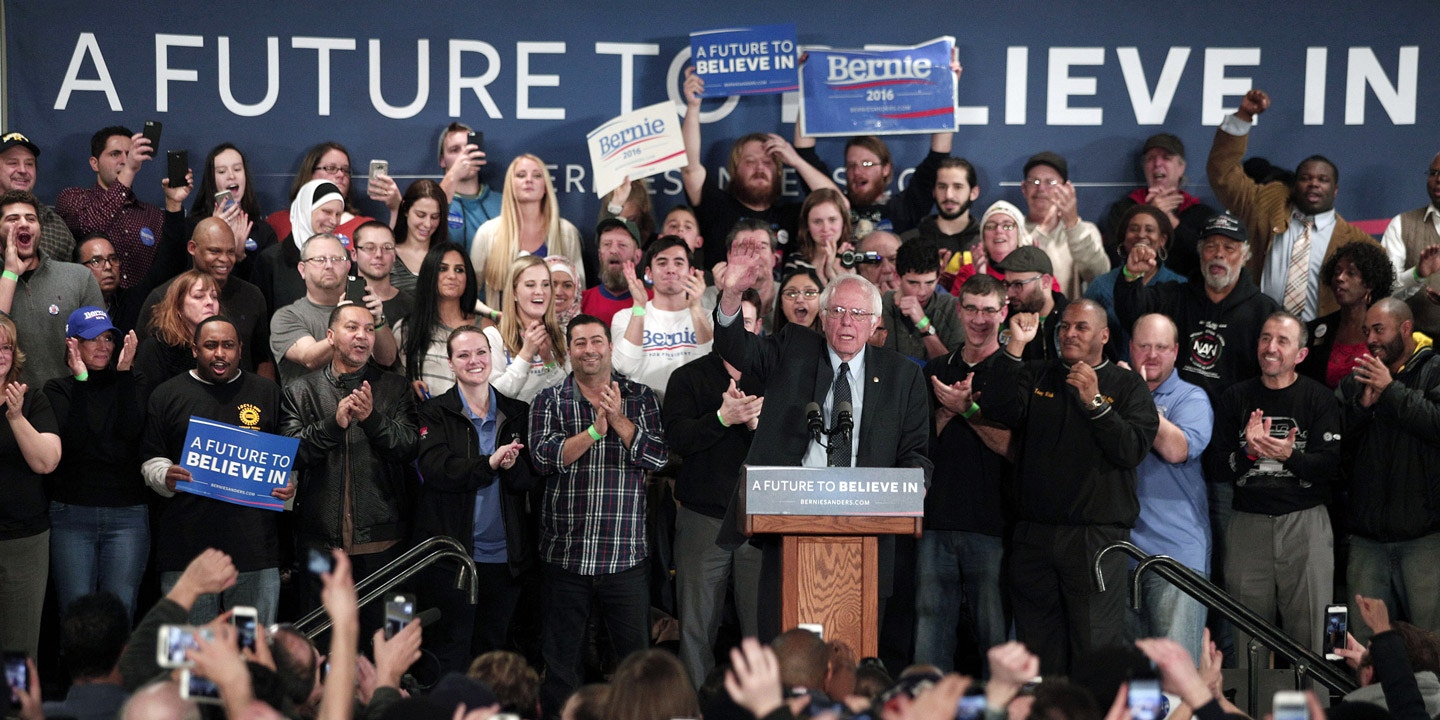 On Tuesday, Bernie Sanders called for the U.S. to seek a “level playing field” in its approach to the Israel-Palestine conflict. Speaking after his surprising victory in the Michigan Democratic primary, Sanders asserted that there are people of good will in both “Israel and the Arab communities” whom he would seek to bring together as president.

“All I can tell you is I will make every single effort to bring rational people on both sides together, so that hopefully we can have a level playing field, the United States treating everybody in that region equally,” Sanders said.

Sanders’ proposal to treat both sides fairly makes him an outlier in the presidential race. The only other candidate to endorse such a position has been Donald Trump, who has said he would be “sort of a neutral guy” in his approach to negotiations. But Trump has also said that he would be “totally pro-Israel” in his policies.

Among the other presidential contenders, Marco Rubio has stated his intention to be unbalanced on the issue once elected, while Hillary Clinton has touted her pro-Israel credentials and made little mention of the Palestinians. In November, Clinton wrote an op-ed titled “How I Would Reaffirm Unbreakable Bond With Israel — and Benjamin Netanyahu,” promising uncritical support for a range of Israeli policies once elected.

Foreign policy has long been viewed as a weak spot in the Sanders campaign, which has focused largely on issues of social and economic justice at home. In particular, progressive critics have alleged that Sanders has a blind spot on Israel-Palestine.

Signs pointed to his taking Israel’s side. During the 2014 war in Gaza, he famously told a pro-Palestinian critic at a Vermont town hall to “shut up,” and he has mostly been seen as a strong defender of Israel in its past conflicts.

In the context of U.S. politics, however, his comments Tuesday were fairly remarkable, bucking the bipartisan establishment consensus that the United States should be openly biased in favor of Israel in its conflict with the rest of the region.

The cause of Mideast peace “is not an easy task, but it is a task we must pursue,” Sanders said Tuesday. “We cannot continue to have, for another 60 years, the kind of hatred and conflict that exists in the Middle East.”