Attacks against Sikh Americans have tripled over two years, by one measure. 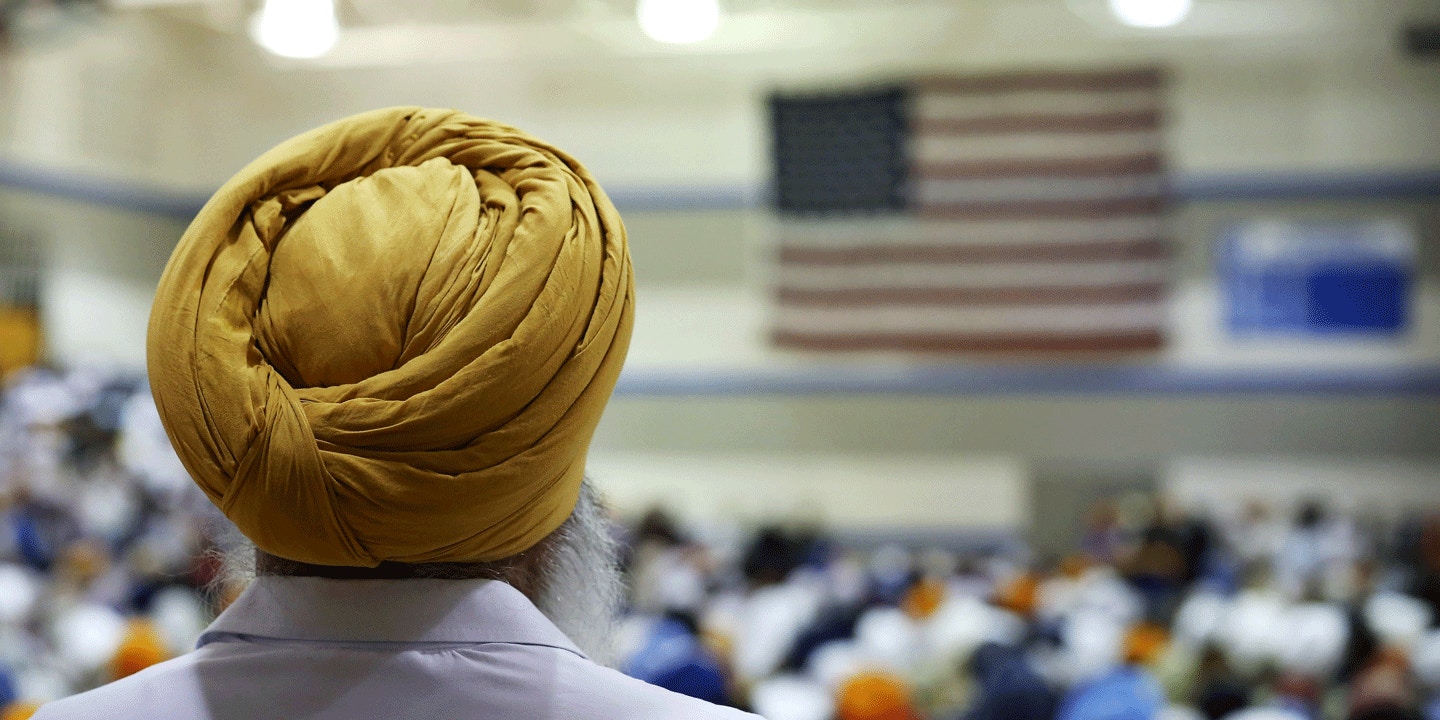 ON THE MORNING of December 26, 2015, as Amrik Singh Bal was waiting near his home for a ride to work, two men in a pickup truck stopped nearby to yell racial slurs at him. Singh, a 68-year-old Sikh American who worked at a nearby farm outside Fresno, California, attempted to cross the street to get away from his assailants. As he did so, the men struck Bal with their vehicle, knocking him to the ground before jumping out of the truck and assaulting him. By the time they were done, the elderly Bal was left bleeding in the street with a broken collarbone and cuts across his face. The attack was described by local police in Fresno as a hate crime.

Unfortunately, assaults against Sikh Americans are nothing new. In the first month after the 9/11 attacks, the Sikh Coalition, an advocacy group, tallied more than 300 cases of violence and discrimination against Sikh Americans. Many additional incidents followed in subsequent years, the most high-profile being a 2012 terrorist attack in which a white supremacist shot and killed six congregants at a Sikh temple in Oak Creek, Wisconsin, wounding several others. Now, as U.S. politicians, led by Donald Trump, increasingly embrace xenophobia, and as fears of terrorism surge back, Sikh activists say their community is experiencing another spike in discrimination.

“In the aftermath of the attacks in Paris and San Bernardino, Sikh Americans saw a 200 percent increase in hate incidents,” says Arjun Sethi, director of law and policy at the Sikh Coalition, which has noted that anti-Sikh incidents rose from five in December 2013 to seven in December 2014 to 18 or more in December 2015. Sethi said bullying, assaults, threats, and vandalism against Sikhs have all risen, with the Sikh Coalition receiving double the number of legal cases this December than it had the previous month.

“Recent events and political rhetoric are legitimizing bigotry and hate towards anyone who looks different,” he said. “Although political figures may not be inciting against Sikhs directly, because of their appearance, they still end up becoming a target.”

There are estimated to be between 200,000 and 500,000 Sikhs living in the United States today. The community dates back to the late 19th century, when Sikhs suffering under British colonialism in India began arriving as immigrants to the United States. Many of those early arrivals were also members of radical political movements seeking to liberate India from imperial control.

In accordance with the tenets of their religion, many Sikh men grow beards and wear turbans, while many Sikh women cover their hair. These physical and sartorial differences, while marks of faith among Sikhs, have made them frequent targets for bigots. Bigotry, in turn, has galvanized political activism in the Sikh community, just as it has among Muslim Americans.

Arish Singh, a young comedian and writer from Chicago, is among those Sikh Americans who has experienced a political awakening. On January 24, Singh went to a Donald Trump rally and unfurled a banner that read “Stop Hate.” Singh was jeered by the crowd and ejected by security. The news media later picked up on Trump’s public comments about Singh’s turban, which the Republican presidential candidate described as “one of those hats.”

Singh attended the rally after becoming outraged at Trump’s statements about Muslims, Mexicans, and others, but his political awakening started earlier. “Although I always identified with Sikhism, I didn’t start wearing a turban until the shooting at Oak Creek, which had an enormous effect on me both personally and politically,” Singh told The Intercept. “It became clear just how important to me it was to stand up for Sikhism and for wearing a turban, a kind of religious expression that should be completely uncontroversial.”

Many of those who target Sikhs for hate crimes mistake them for Muslims. But Singh says that the solution lies not in public education about the differences between the two communities, but in taking a principled stand against all forms of bigotry.

“Today, there’s an effort across the right, not just with Trump, to use Islamophobia as a political tool to play on the prejudices of voters,” Singh adds. “Because of our appearance, Sikhs are inevitably shoehorned into that, but in my opinion, responding to it can’t just be about addressing mistaken identity. It has to be about standing with Muslims who also suffer these hate crimes that are completely inexcusable.”

Sikh Americans have had to contend with not just assaults but with day-to-day humiliations inflicted by government agents, including a recent wave of incidents of airport discrimination. Last month, Waris Ahluwalia, an actor and fashion designer, was barred from a New York-bound Aeromexico flight for refusing to remove his turban. Also in February, comedian Jasmeet Singh was taken aside by Transportation Security Administration officials while boarding a flight to Canada and made to remove his turban after going through an invasive security screening. Singh, a YouTube celebrity who goes by the name JusReign, later described his treatment as an “embarrassing ordeal.”

“For Sikh American men who wear turbans, humiliation is a prerequisite for air travel,” Sethi said. “The TSA has a blanket policy of pulling aside Sikh travelers, because turbans are considered bulky clothing under TSA rules.” Sethi has spent years tracking, writing about, and experiencing firsthand the TSA’s policy on turbans. Contacted by The Intercept, the TSA said that its headwear policies are not directed toward any specific item or community, but that passengers “unable or unwilling to remove items for religious, medical, or other reasons … should expect to undergo additional screening protocols.” Sethi says that past meetings with the TSA have failed to win changes to policy that reflect the cultural significance of the turban, making air travel a continued ordeal for Sikh men.

But the single most pressing issue for many Sikh Americans is an epidemic of bullying in schools against Sikh children. “Statistics show that in some U.S. communities, Sikh children are bullied at more than three times the national average,” says Simran Jeet Singh, a professor of religion at Trinity University. A 2014 study by the Sikh Coalition found that nationally, Sikh children experience bullying at more than double the rate of their peers, with 67 percent reporting verbal and physical harassment at their schools. “Sikh kids are having identity crises and psychological issues because they feel that they don’t belong, and that if could just change their physical appearance their problems could be resolved.”

Years of violence, harassment, and discrimination have taken their toll on Sikh Americans. Singh says that an increasingly toxic political environment in the country is trickling down to affect minority communities that became more visible after the September 11 attacks. “At that time, everything was at least coded, but now its all out in the open,” he says. “The rhetoric has changed to the point that entire religious communities are now being openly denigrated, and religious identity itself has been racialized in a way that threatens Muslims, Sikhs, and others.”