H.R. 4731 would reduce the already small number of refugees allowed into the United States, and effectively codify the bigotry of Donald Trump and other GOP candidates. 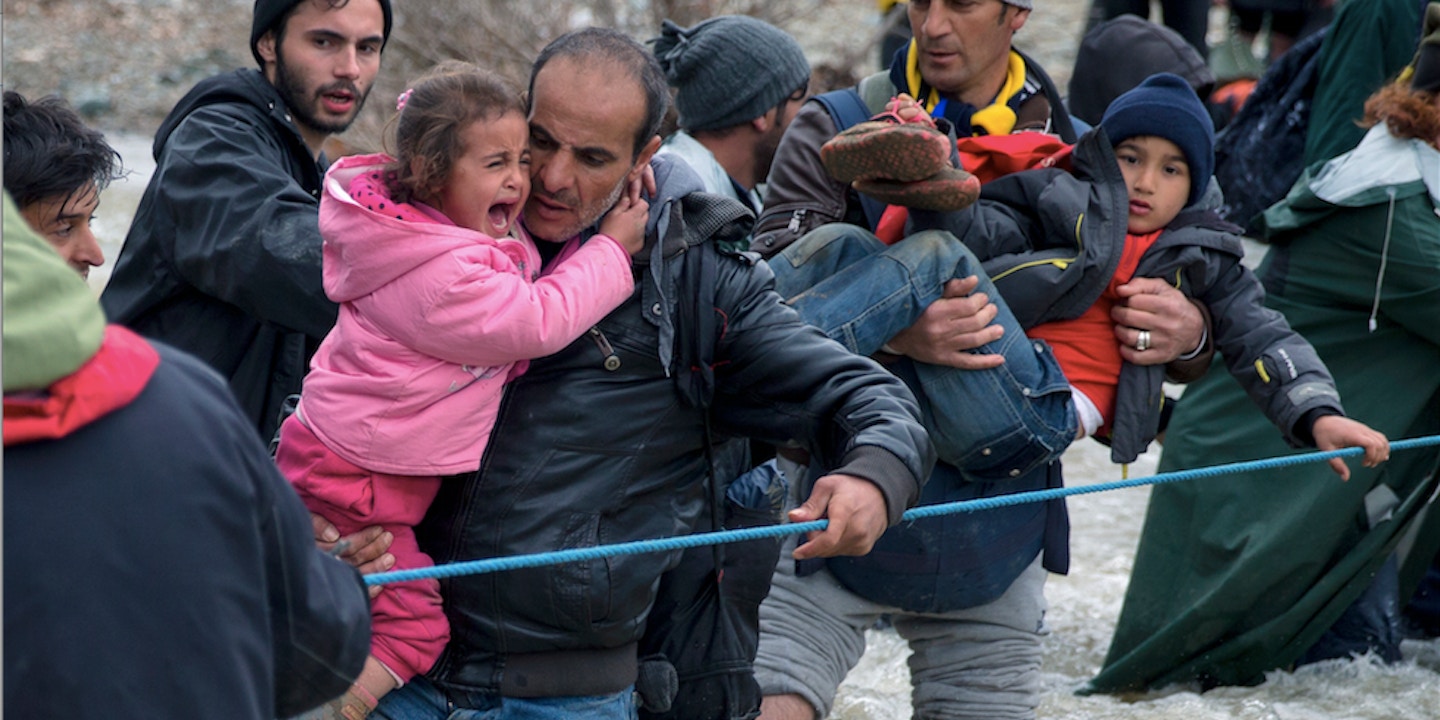 THE HOUSE JUDICIARY Committee on Wednesday approved a bill that would reduce the already small number of refugees allowed into the United States, and effectively codify the bigotry of Donald Trump and other GOP candidates.

In ordinary circumstances, the question of how many refugees America accepts is made at the executive level. President Obama has set a target for accepting 100,000 refugees into the United States in fiscal year 2017. This bill, however, would effectively take the decision out of his hands by imposing a hard limit of 60,000 refugees in 2017, even as the world is dealing with the biggest refugee crisis since World War II.

But other provisions included in H.R. 4731 would make it hard for the government to even reach that reduced target.

According to the text of the bill, state and municipal level government officials could refuse refugees through “any action formally disapproving of resettlement in that locality.” This provision effectively grants veto power over resettlement to local officials. Such a provision could greatly complicate any resettlement program.

The bill also creates a new definition of who is a refugee by stating that protection from violence would not be offered “if that violence is not specifically directed at the person.” For Syrians and others, the violence of the war is not directed at them as “individuals,” but rather is occurring as part of a broader conflict.

“If you look at the situation in Syria, Russia is bombing entire townships, not singling people out as individuals, but targeting them regardless because they are in a war zone,” says Jennifer Quigley of Human Rights First. “The language in this bill is a huge change from existing standards and would drastically narrow the definition of who constitutes a refugee.”

During this election cycle, a number of Republican presidential nominees have called for incorporating religious discrimination in the refugee process. H.R. 4731 would compel the Department of Homeland Security to “grant priority consideration to such applicants whose claims are based on persecution … by reason of those applicants being practitioners of a minority religion in the country from which they sought refuge.”

During the present conflict in Syria, the vast majority of refugees come from the majority Sunni Muslim population, which has also borne the brunt of the government’s military crackdown. While they are among the most desperately needy refugees in the world today, because they are not “minorities” in their society, the bill would make it harder for them to gain refuge in the United States. “What this provision is trying to get at is stopping the resettlement of Syrian Muslim refugees, by basing acceptance criteria on identity rather than need,” says Quigley.

During this election cycle, GOP candidates have seemed to be competing to express the greatest hostility toward refugees. Ted Cruz and others have said that the United States should refuse all refugees except Christians, while Donald Trump recently promised his supporters that he would look Syrian children in the faces and say, “You can’t come here.’”

The xenophobic rhetoric in response to the current refugee crisis is ironic given the GOP’s history. Ronald Reagan, viewed as an icon by most Republicans, famously granted asylum to hundreds of thousands of refugees fleeing conflicts in Southeast Asia and Central America, and even invoked America’s generous refugee policy in his 1989 presidential farewell speech. Even George W. Bush, who ignited some of the conflicts that people are today fleeing, chose to restart the Refugee Resettlement Program after 9/11.

“Some of the Republicans advocating against refugees today don’t know that historically GOP presidents have had welcoming asylum policies toward people fleeing conflicts,” says Quigley. “The rhetoric in this presidential campaign is making it easier for legislation like H.R. 4731 to be proposed, but it is also silencing traditional refugee supporters by making them feel uncomfortable about speaking out against it.”

Top photo: A child cries as migrants cross a river north of Idomeni, Greece, attempting to reach Macedonia on a route bypassing the border fence, March 14, 2016.