Lawmakers this week hosted business groups seeking to reframe the BDS movement to boycott Israeli-owned companies as a threat to the American economy. 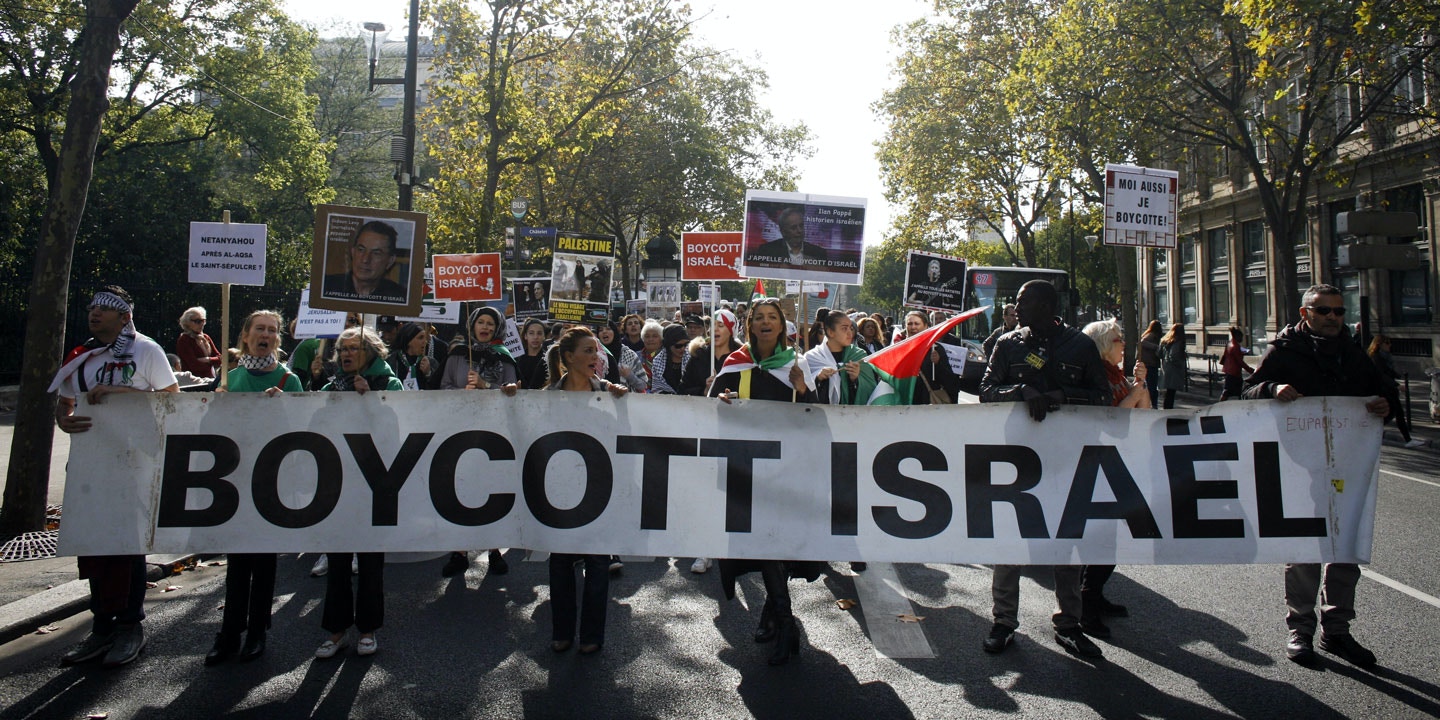 Lawmakers this week hosted business groups in a briefing that sought to reframe the movement to boycott Israeli-owned companies as a threat to the American economy.

At Tuesday’s briefing, organized by the Congressional Israel Allies Caucus, Rep. Doug Lamborn, R-Colo., opened the event by saying that since the U.S.-Israel Free Trade Agreement was signed in 1985, trade between the countries has “multiplied tenfold to over $40 billion annually.”

The boycott movement would not only impact the Israeli economy, but also the U.S. economy and “should be confronted by all means,” he said.

The Boycott, Divestment, and Sanctions movement is a global campaign calling on Israel to end its occupation of internationally recognized Palestinian territory and restore full equality to its Arab and Palestinian citizens.

The BDS movement has faced a huge backlash from pro-Israel activists and Western governments. In October, France’s highest court ruled that activists handing out BDS fliers were guilty of “inciting hatred and discrimination.” The U.K. government announced last month that it will be illegal for local city councils, public bodies, and student unions to boycott goods from Israeli settlements. In Israel, a 2011 law effectively banned any call for a boycott of Israeli goods.

Congress and state legislatures in the U.S. have also tried to curtail boycotts of Israel. Last week, the Arizona Senate overwhelmingly passed a bill prohibiting the state government from doing business with companies boycotting Israel, and encouraged Arizona businesses to do the same. Similar bills have already passed in New York and Illinois, and have been introduced in dozens of states.

President Obama also signed legislation last month requiring the administration to compile reports on boycott efforts and make opposing them a “principle trade negotiating objective” of the United States. A few weeks earlier, a bipartisan group of senators and members of Congress introduced the “Combating BDS Act of 2016,” which would protect states that pass anti-BDS legislation from discrimination lawsuits.

At the Tuesday meeting, a representative of the U.S. Chamber of Commerce, a business lobbying group, dismissed concerns about Palestinian human rights, saying they are not a factor in its opposition to boycotts of Israel. “The economic relationship overshadows the security relationship in monetary aspects,” said Josh Kram, the executive director of the Chamber of Commerce’s Middle East Commercial Center.

He referred to the BDS movement as a “poison pill of the U.S.-Israel economic relationship.”

The effort to shield Israel from boycotts by citing not just the security relationship, but also the economic relationship, is similar to arguments made during the 1980s campaign for divestment in the apartheid regime of South Africa. In a 1981 interview with CBS’s Walter Cronkite, President Reagan explained that part of his opposition to tougher sanctions on South Africa was because it “strategically is essential to the free world in its production of minerals.”

Over 30 years later, these same arguments are being repeated.

“I think for a lot of different reasons that have been discussed, you know, human rights issues do come up in lots of different markets,” Kram said, in response to a question from The Intercept. “And frankly those are issues for political leaders to hammer out, in a foreign policy approach.”

“Do Palestinian human rights issues ever come up in how you determine whether to get involved in this?” The Intercept asked.

Listen to the full exchange:

Asked if the organization considers Israeli settlements part of the state of Israel and opposes boycotts of Israeli businesses in the occupied territories, Kram responded, “We have no position on that issue.”

Top photo: An pro-Palestinian demonstration in Paris, France on October 10, 2015 calling for a boycott of Israel and the recognition of the state of Palestine.