NSA whistleblower Edward Snowden and David Simon, creator of the hit show about crime in Baltimore, debate the value of communications surveillance. 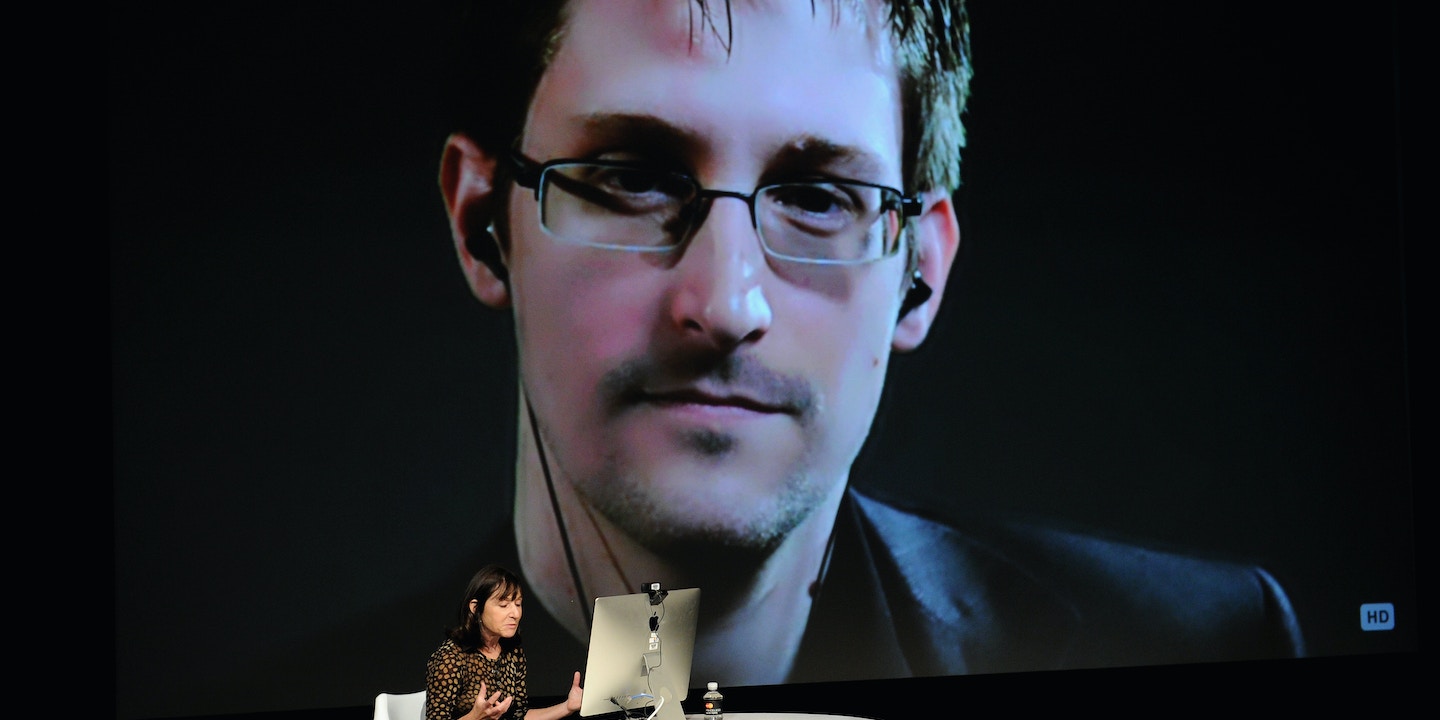 When the New York Times revealed on Saturday that the Paris attackers used and trashed multiple “burner” phones to hide their plotting from authorities, NSA whistleblower Edward Snowden and The Wire’s creator, David Simon, started debating the value of communications surveillance over Twitter.

The Paris attacks, the subject of intense speculation since last year, have reignited the debate over whether Snowden’s revelations helped the enemy avoid the NSA’s all-seeing eye. The Times article also repeats the assertion — with no credible evidence — that those involved in the attack used encryption, which scrambles communications in transit, to help hide their activities from authorities.

Snowden, the former NSA contractor turned whistleblower, pitted his views on the failures of NSA spying to hunt down terrorists against what Simon, a journalist and author, described as the potential advantage of proactive collection to detect burner phones used by less sophisticated criminals.

The Wire, Simon’s hit show about Baltimore crime, involves drug kingpins using burner phones to evade detection. Snowden joked on Twitter that the show’s example “is helping the terrorists” — something he is typically blamed for, without evidence, since he revealed NSA spying methods in 2013.

Simon argued that the Paris attacks actually legitimize metadata collection, or scooping up information about who’s calling whom, when, and for how long, without a warrant — as a way to quickly track down criminals before they discard a disposable phone and get a new one.

According to Snowden’s disclosures, some NSA surveillance programs specifically target disposable phone use. If the phone is switched on only briefly, or turned off in close proximity to another phone activated at the same time, that user is marked for special scrutiny.

This type of tactic could be helpful to track down “corner guys” who can’t afford to buy new burners for every call, Simon argued — ostensibly suggesting that the lower-level ISIS affiliates might hold onto their phones for a few days, helping investigators catch up and keep them in their sights.

But Snowden says — aside from the fact that transnational terrorists can usually get ahold of a plethora of discardable cellphones — that isn’t the point of the program. NSA metadata surveillance is designed to target the next Osama bin Laden — not the “corner guy.”

And no matter how much stuff the NSA scoops up, it doesn’t really work all that well for sniffing out terrorists. The NSA’s mass surveillance programs have done little, if anything, to foil any major terrorist attacks — a fact that a White House review panel member conceded to in 2013. It “never worked,” Snowden wrote.

And, Snowden suggested, the design of NSA collection is inherently large in scope rather than targeted. It’s prone to abuse, he argued, especially because it doesn’t require a full warrant. “NSA gets metadata and content in advance of warrant, by virtue of tech,” he wrote.

He linked to a Washington Post story about NSA analysts using agency databases to spy on love interests as an example of potential abuse. Those examples are rare, but they happen.

Simon conceded “fears of a panopticon,” but argued that surveilling criminals still in the planning stages is the only chance we’ve got at blocking an attack, whether in Baltimore or Pakistan. “Coms are the singular place where any conspiracy is vulnerable prior to crime. Gotta try,” he tweeted.

Snowden agreed that communications surveillance is important — but said it’s currently much too broad. “Nobody argues against comms surveillance. They argue about scope. Handsets v. networks. ‘Collect it all’ v. individual warrants,” he wrote.

@Snowden Of course that is a credible tactical argument to get metadata ASAP, so as to isolate burner before discard. Just saying.

@Snowden Can't speak to shelf-life of disposible phone in Pakistan. In Baltimore, discipline and cost are such that it can be days.

@Snowden Neither should top-end drug traffickers in the more affluent US. And yet by the time the process trickles to the corner boys....

@Snowden I acknowledge fears of a panopticon. I wish others would also acknowledge that coms are an elemental investigative avenue.

@Snowden We are not equating a court order with a Title III are we? Cuz metadata has never required a full warrant. Nor should it.

@AoDespair Lawyers and policy people are comfortable with "trust us," but the record is clear that that's a mistake. https://t.co/pCxqnVFlO1

@AoDespair The distance between governing and ruling is measured in the capacity to exercise power without accountability. The lies matter.