Lawyers for an anti-union teachers group fast-tracked the case straight to the high court — but with Scalia dead, their strategy backfired. BY SPLITTING 4-4, the U.S. Supreme Court on Tuesday affirmed the ruling of a lower court in the Friedrichs v. California Teachers Association case — a major win for public employee unions that would likely have been a disastrous loss were it not for the death of conservative Supreme Court Justice Antonin Scalia: 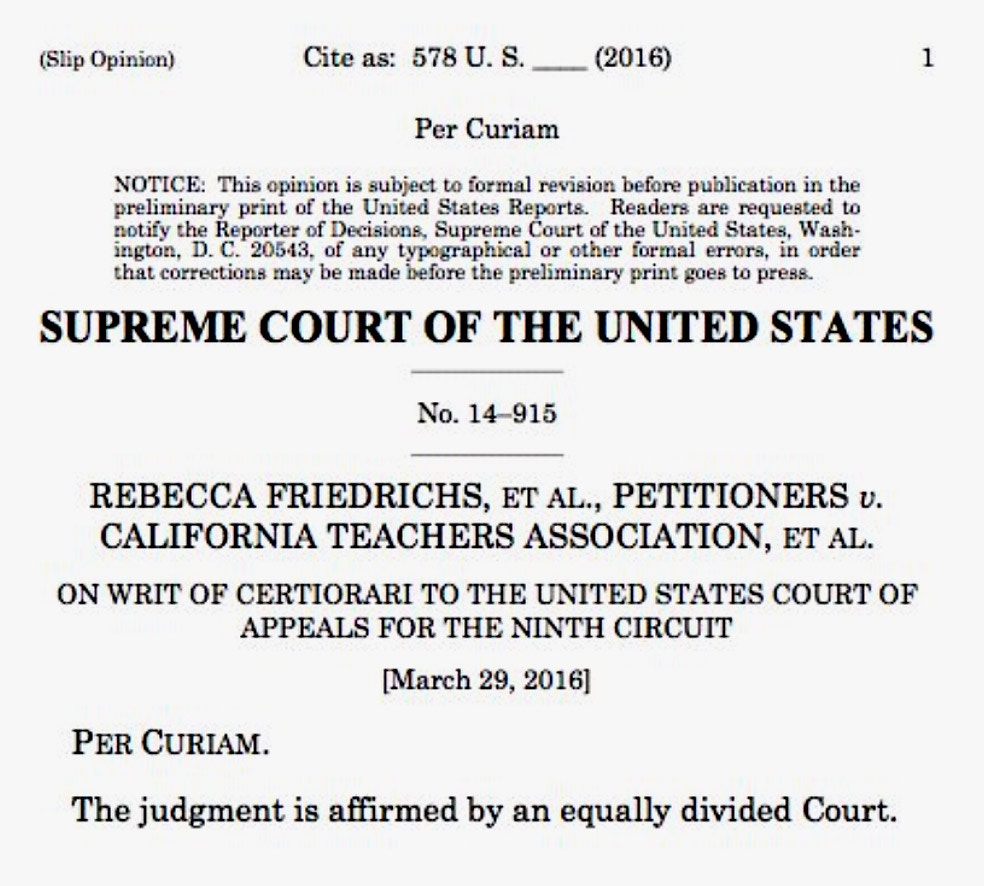 The Friedrichs case was brought by a group of California teachers who argued they should not be required to pay fees to cover the cost of collective bargaining that the California Teachers Association (CTA) does on their behalf.

The lawyers representing this group of teachers “fast-tracked the case in an effort to speed its arrival at the high court, asking the 9th Circuit Court of Appeals in 2013 to rule against them in order to skip a trial and get straight to the appeals.”

Absent Scalia’s death, this would have been an intelligent strategy. A 5-4 ruling against the CTA would have gutted the ability of public employee unions to make collective bargaining fees compulsory. But Scalia’s unforeseen passing gave unions the split vote they needed to have the lower court decision affirmed.

Top photo: Protests related to the Friedrichs case outside the Supreme Court in early January.