Prison inmates in Texas and other states have called for strikes against forced labor and are demanding better living conditions and health care. 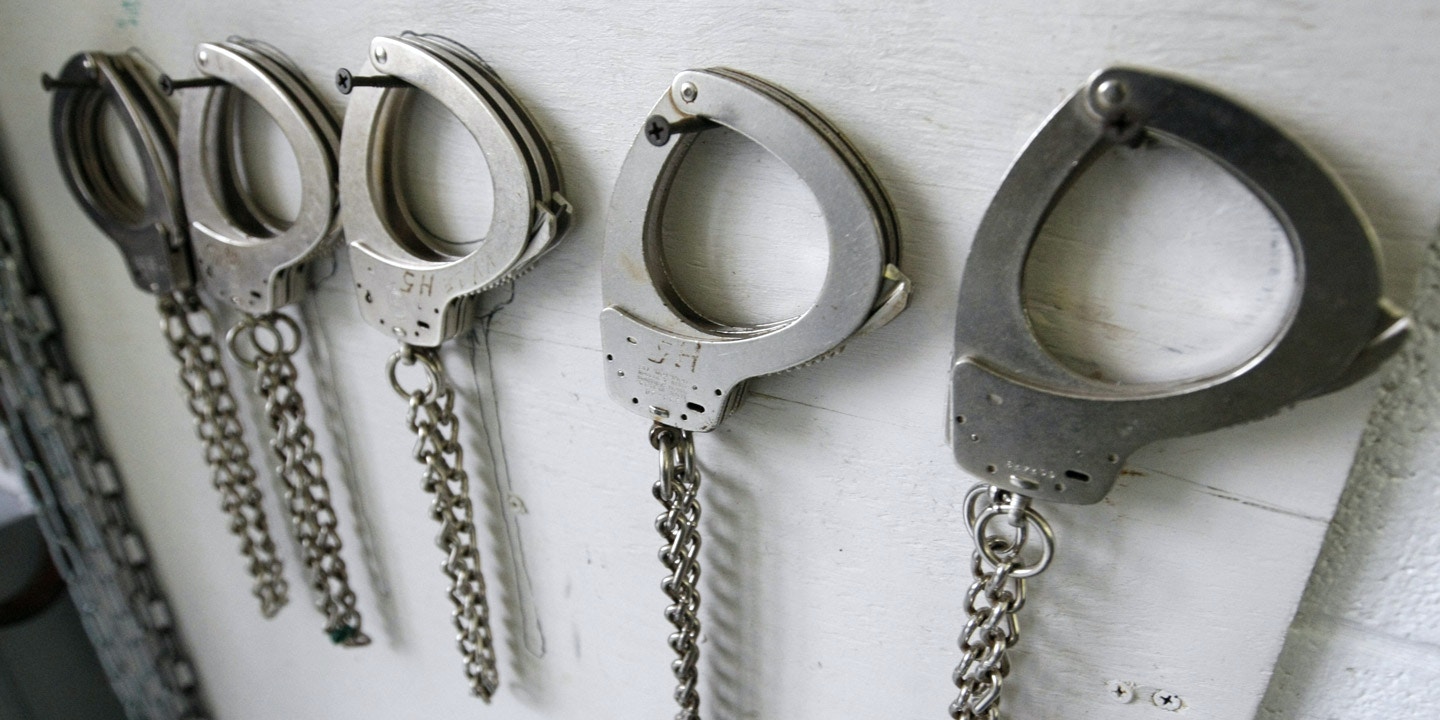 PRISON INMATES around the country have called for a series of strikes against forced labor, demanding reforms of parole systems and prison policies, as well as more humane living conditions, a reduced use of solitary confinement, and better health care.

Inmates at up to five Texas prisons pledged to refuse to leave their cells today. The strike’s organizers remain anonymous but have circulated fliers listing a series of grievances and demands, and a letter articulating the reasons for the strike. The Texas strikers’ demands range from the specific, such as a “good-time” credit toward sentence reduction and an end to $100 medical co-pays, to the systemic, namely a drastic downsizing of the state’s incarcerated population.

“Texas’s prisoners are the slaves of today, and that slavery affects our society economically, morally and politically,” reads the five-page letter announcing the strike. “Beginning on April 4, 2016, all inmates around Texas will stop all labor in order to get the attention from politicians and Texas’s community alike.”

The Texas Department of Criminal Justice, which oversees the state’s prisons, “is aware of the situation and is closely monitoring it,” spokesperson Robert Hurst wrote in a statement to The Intercept. He did not comment on the prisoners’ grievances and demands. Prisoner rights advocates said at least one prison — the French Robertson Unit in Abilene — was placed under lockdown today, but Hurst denied any prisons in Texas were on lockdown because of planned strikes.

The 13th Amendment to the United States Constitution bans “involuntary servitude” in addition to slavery, “except as a punishment for crime whereof the party shall have been duly convicted,” thus establishing the legal basis for what is today a $2 billion a year industry, according to the Prison Policy Initiative, a nonprofit research institute.

Most able-bodied prisoners at federal facilities are required to work, and at least 37 states permit contracting prisoners out to private companies, though those contracts account for only a small percentage of prison labor. “Ironically, those are the only prison labor programs where prisoners make more than a few cents an hour,” Judith Greene, a criminal justice policy analyst, told The Intercept.

Instead, a majority of prisoners work for the prisons themselves, making well below the minimum wage in some states, and as little as 17 cents per hour in privately run facilities. In Texas and a few other states, mostly in the South, prisoners are not paid at all, said Erica Gammill, director of the Prison Justice League, an organization that works with inmates in 109 Texas prisons.

“They get paid nothing, zero; it’s essentially forced labor,” she told The Intercept. “They rationalize not paying prison laborers by saying that money goes toward room and board, to offset the cost of incarcerating them.”

In Texas, prisoners have traditionally worked on farms, raising hogs and picking cotton, especially in East Texas, where many prisons occupy former plantations.

“If you’ve ever seen pictures of prisoners in Texas working in the fields, it looks like what it is,” Greene said. “It’s a plantation: The prisoners are all dressed in white, they got their backs bent over whatever crop they’re tending, the guards are on horseback with rifles.” In the facilities Greene visited, prisoners worked all day in the heat only to return to cells with no air conditioning. “The conditions are atrocious, and it’s about time the Texas prison administration had to take note.”

In 1963, in an effort to reduce the cost of running prisons, Texas began employing inmates to manufacture a wide array of products, including mattresses, shoes, soaps, detergents, and textiles, as well as the furniture used in many of the state’s official buildings. Because of labor laws restricting the sale of prisoner-made goods, Greene said, those products are usually sold to state and local government agencies.

Although they comprise nearly half the incarcerated population nationwide — about 870,000 as of 2014 — prison workers are not counted in official labor statistics; they get no disability compensation in case of injury, no social security benefits, and no overtime.

“They keep a high conviction rate at any cost,” reads the letter circulated by prisoners ahead of today’s strike, “all for the well-being of the multimillion-dollar Prison Industrial Complex.”

The Texas action is not an isolated one. Prisoners in nearby Alabama and Mississippi, and as far away as Oregon, have also been alerted to the Texas strike through an underground network of communication between prisons.

“Over the long term, we’ll probably see more work stoppages,” said Gammill. “In prison, you think it’d be difficult to spread information, but it actually spreads like wildfire.”

On April 1, a group of prisoners from Ohio, Alabama, Virginia, and Mississippi called for a “nationally coordinated prisoner work stoppage against prison slavery” to take place on September 9, the 45th anniversary of the Attica prison riot. “We will not only demand the end to prison slavery, we will end it ourselves by ceasing to be slaves,” that announcement reads. “They cannot run these facilities without us.”

Prison protests and strikes have seen a revival in recent years after a slowdown resulting from the increased use of solitary confinement to isolate politically active inmates. In 2010, thousands of inmates from at least six Georgia prisons, organizing through a network of contraband mobile phones, refused to leave their cells to work, demanding better living conditions and compensation for their labor. That action was followed by prison protests in Illinois, Virginia, North Carolina, and Washington. In 2013, California prisoners coordinated a hunger strike to protest the use of solitary confinement. On the first day of that protest, 30,000 prisoners across the state refused their meals.

In March, protests erupted at Holman Correctional Facility, a maximum security state prison in Alabama, where two riots broke out over four days. At least 100 prisoners gained control of part of the prison and stabbed a guard and the warden. Those protests were unplanned, but prisoners there had also been organizing coordinated actions that they say will go ahead as planned.

“We have to strain the economics of the criminal justice system, because if we don’t, we can’t force them to downsize,” an activist serving a life sentence at Holman told The Intercept. “Setting fires and stuff like that gets the attention of the media,” he said. “But I want us to organize something that’s not violent. If we refuse to offer free labor, it will force the institution to downsize.”

“Slavery has always been a legal institution,” he added. “And it never ended. It still exists today through the criminal justice system.”