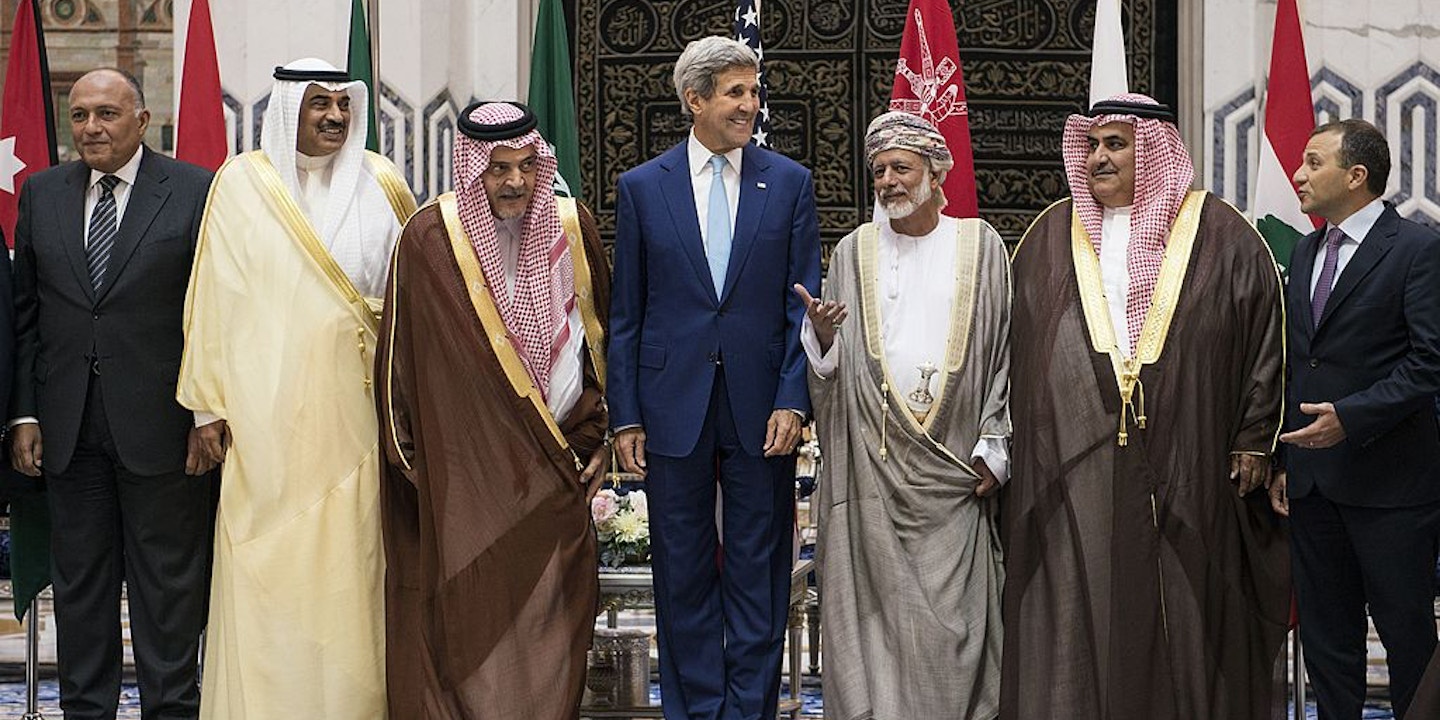 IN ITS ANNUAL human rights report on Saudi Arabia, the State Department ignored thousands of civilian casualties from the Saudi-led bombing campaign in Yemen and overlooked the widespread use of illegal cluster munitions by the bombing coalition.

Saudi Arabia launched an air campaign in Yemen last March after Houthi rebels in Yemen threatened the rule of the Saudi-backed president. The Saudi military has been widely criticized for targeting civilians, destroying homes, schools, and hospitals, and using internationally banned cluster munitions.

The Obama administration has supported the Saudi-led campaign throughout, providing the coalition with intelligence and selling them at least $20 billion in weapons since the campaign began in March.

The report, which was released Wednesday and covers all of 2015, attributes to Human Rights Watch a report “that 13 people total were killed, including three children, in seven rocket attacks from April to mid-July.”

But Human Rights Watch also tallied more than 550 civilian deaths in 2015 from 36 airstrikes by the Saudi-led coalition, and documented 15 attacks where the coalition used banned cluster munitions, according to Belkis Wille, the group’s Yemen researcher.

The group estimates that coalition bombing has killed a total of nearly 2,000 civilians since the war began.

And the Human Rights Watch report the State Department referenced specifies that Saudi forces used U.S.-made M26 cluster bombs in all seven attacks. Each rocket released more than 600 explosives, which spread out over miles. Human Rights Watch found that the U.S.-made explosives had scattered over fields “normally used for agriculture and grazing,” threatened “the livelihood of local farmers,” and badly injured at least three workers who stepped on them.

Cluster bombs are widely recognized as unlawful because their unexploded duds act like land mines, killing civilians years after the conflict. The United States is not among the 119 countries that have signed an international convention banning them.

“The State Department report suggests that Human Rights Watch and Amnesty International accused the Saudis of only 13 civilian deaths during the fighting,” said Wille. “The U.S. is presenting a small bite of the apple.”

Wille said that some of the unmentioned casualties could have been at the hands of other coalition members, including the United Arab Emirates, Bahrain, Jordan, Kuwait, Qatar, and Egypt. “Saudi forces may not be implicated in all of them, but the coalition’s failure to investigate alleged unlawful attacks — as required by international law — has made it impossible to know for sure,” she said.

The State Department admitted to more civilian casualties in its report on Yemen, also released Wednesday. But the Yemen report only acknowledged four problematic air attacks and confirmed only 173 civilian casualties. The report included several estimates of civilian casualties killed by both sides in the conflict, but never attributed a percentage to the Saudi-led coalition.

On Wednesday, Sens. Chris Murphy, D-Conn., and Rand Paul, R-Ky., introduced legislation to temporarily block U.S. arms sales to Saudi Arabia until the State Department certifies that the Saudi military is taking all available steps to protect civilians. The senators joined a growing chorus of human rights and civil society groups calling for an arms embargo of the kingdom.

A State Department spokesperson, who would only comment on background, pointed out that the U.S. has called on both sides of the conflict to protect civilians. He also claimed that the use of cluster munitions is not a human rights violation because the United States has not signed the ban on cluster munitions.

Top photo: John Kerry, center, standing next to Prince Saud al-Faisal, on his left, the late Saudi foreign minister, at a 2014 meeting of gulf state leaders.