Tamir Rice’s Family Should Spend Money Warning of Toy Guns, Say Cops Who Shot Him With Real One

Patrolmen’s association suggests the Rice family use the funds to “educate the youth of Cleveland in the dangers associated with the mishandling of both real and facsimile firearms.” The City of Cleveland announced on Monday that it will pay $6 million to settle a lawsuit by the family of Tamir Rice, the 12-year-old boy who was tragically killed by police officers in 2014 while holding a toy gun.

The Cleveland Police Patrolmen’s Association released a statement responding to the settlement. Rather than acknowledging any error on the police’s part, the association suggested that the Rice family use the funds to “educate the youth of Cleveland in the dangers associated with the mishandling of both real and facsimile firearms.” 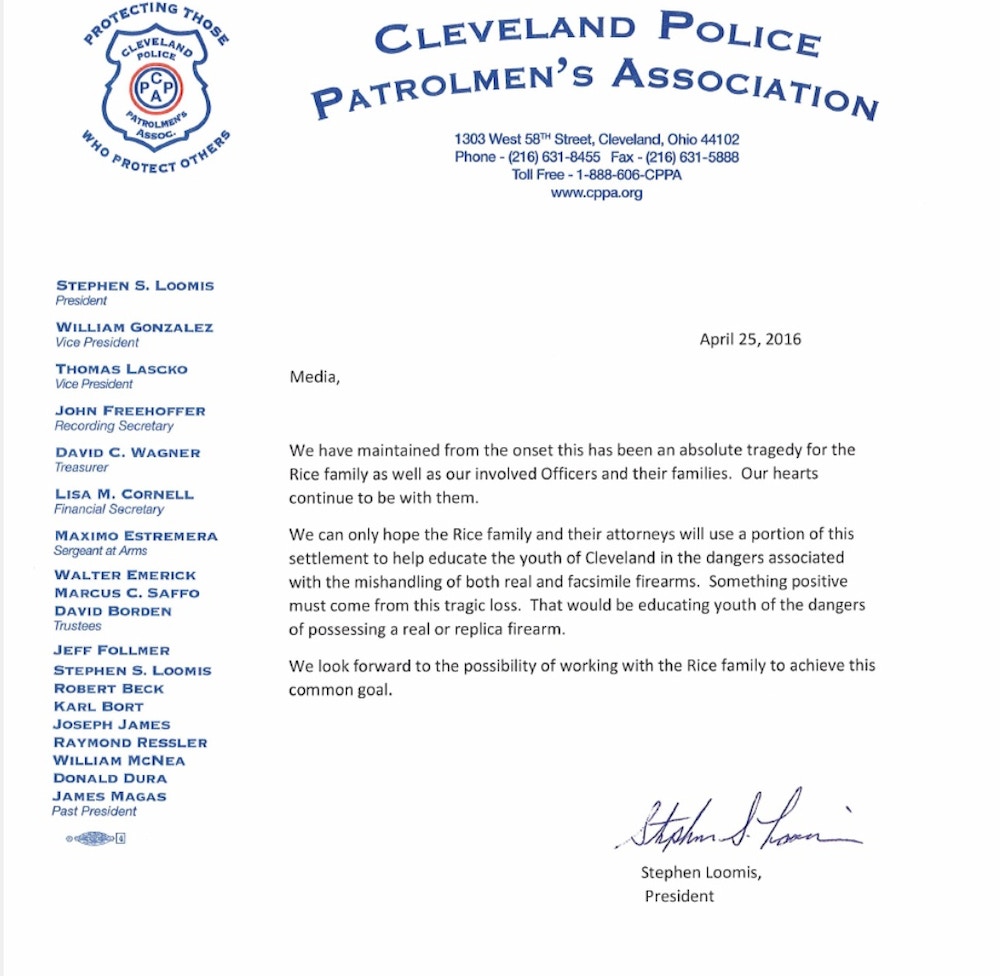 Top photo: Protesters rallying after a grand jury refused to indict the police officer who shot Rice in November 2014.