State Department tries to forget that Obama promised not to put American “boots on the ground” in Syria. 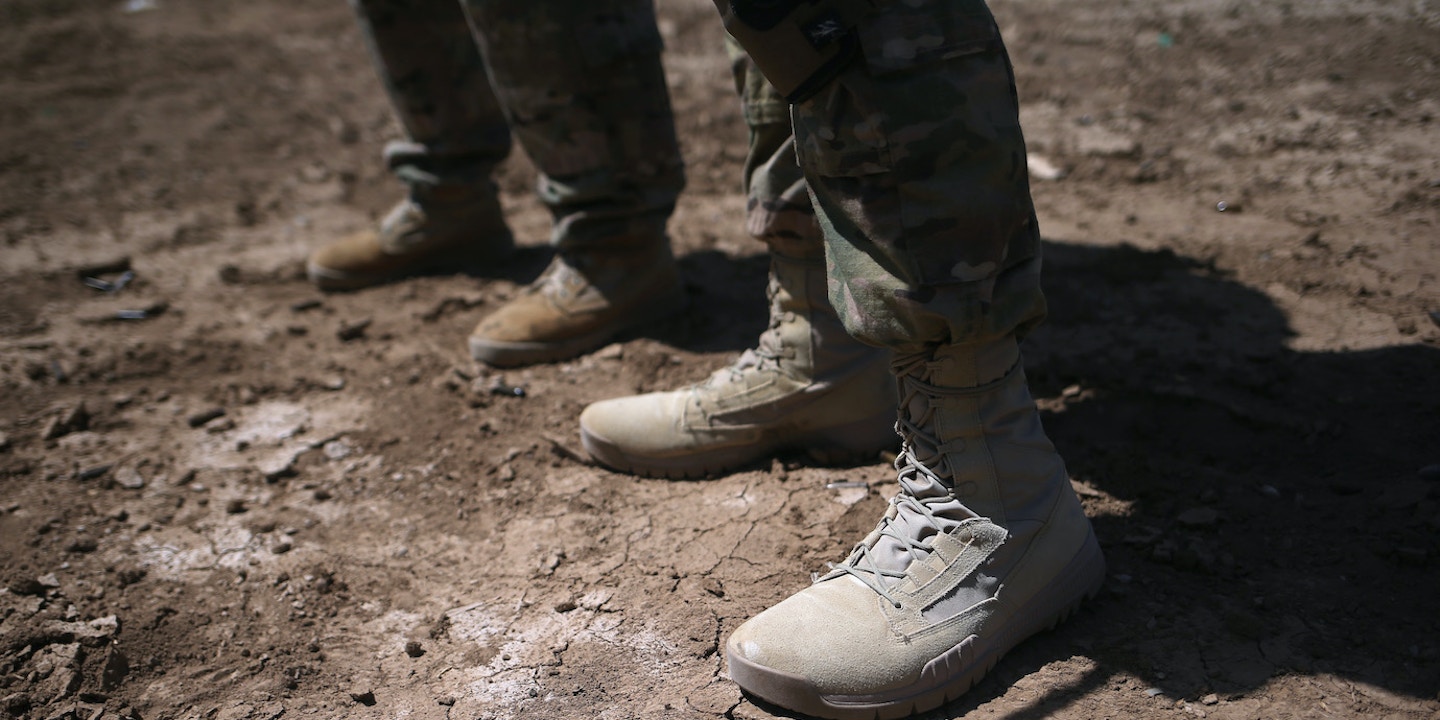 After President Obama announced on Monday that he would deploy 250 additional special operations troops to Syria, State Department spokesperson John Kirby tried to deny that Obama had ever promised not to send “boots on the ground” there.

“There was never this ‘no boots on the ground,’” said Kirby. “I don’t know where this keeps coming from.”

The problem for Kirby was that Obama has repeated the promise at least 16 times since 2013:

For instance, on August 30, 2013, Obama said: “We’re not considering any boots-on-the-ground approach.”

On September 10, 2013, he said: “Many of you have asked, won’t this put us on a slippery slope to another war? One man wrote to me that we are ‘still recovering from our involvement in Iraq.’ A veteran put it more bluntly: ‘This nation is sick and tired of war.’ My answer is simple: I will not put American boots on the ground in Syria.”

After reporters pointed out the mistake, Kirby tried to walk back his claim by defining the phrase “boots on the ground” to exclude special forces.

“When we talk about boots on the ground, in the context that you have heard people in the administration speak to, we are talking about conventional, large-scale ground troops,” said Kirby. “I’m not disputing the fact that we have troops on the ground, and they’re wearing boots.”

The new deployment will result in a six-fold increase to the 50 U.S. special forces troops already in Syria. There are also 4,000 U.S. troops in Iraq. The White House has insisted that its forces “do not have a combat mission,” and are deployed in an “advise and assist” capacity only, helping to train local militias that engage ISIS directly.

There is, as Kirby indicated, a distinction between a large-scale ground invasion and, say, a small group of advisers hanging back from the front. But the line between “combat” and “assist” missions is not always so clear.

In Iraq, when a U.S. special forces soldier was killed during a raid on an ISIS-held prison, the White House insisted that U.S. forces were only flying helicopters carrying Kurdish commandos, and that it was a “unique circumstance.” They refused to call the exchange “combat,” prompting outrage from veterans groups.

A second American soldier was killed in a rocket attack in northern Iraq last month, while guarding a U.S. base near Mosul. The White House called it “an enemy action,” not “combat.”

“Advise and assist” may also include providing targeting intelligence for U.S. airstrikes, according to Dan Grazier, a former Marine in Afghanistan and Iraq who is now a fellow with the Center for Defense Information at the Project on Government Oversight. “With a force the size they’re talking about, they’re probably there to help provide fire support,” Grazier said.

Some veterans are outraged by the administration’s semantics.

“It is a grossly silly assertion that American men and women who are participating in the killing and dying in Iraq and Syria, whether it be directly or indirectly, do not count as boots on the ground,” said Matthew Hoh, who has served as a Marine and at the Pentagon and State Department. “Boots on the ground,” he said, is “a phrase that serves as a dog whistle to those of us who have actually been to war.”

Tyson Manker, a Marine Corps corporal during the invasion of Iraq, argues that the distinction between “boots on the ground” and special forces is meaningless to soldiers overseas. In a statement emailed to The Intercept, Manker wrote: “To Obama, sure it’s meaningful. For the … Marines on the ground shooting and getting shot at, not so meaningful.”

The Obama administration has company in Democratic presidential frontrunner Hillary Clinton. During a Democratic debate in February, Clinton said “we will not send American combat troops back to Syria or Iraq. That is off the table. But we do have special forces.”

The administration is also refusing to limit the number of special forces it might send in the future. At a separate press conference Monday, Pentagon Press Secretary Peter Cook wouldn’t deny that the U.S. might send hundreds more special forces soldiers in coming weeks. “We’re going to continue to look at every single opportunity we have, working with our local partners, to see how we can accelerate this campaign,” Cook said.