The U.S. economy hasn’t tripled in size since NAFTA took effect. But Phil Knight’s wealth has. 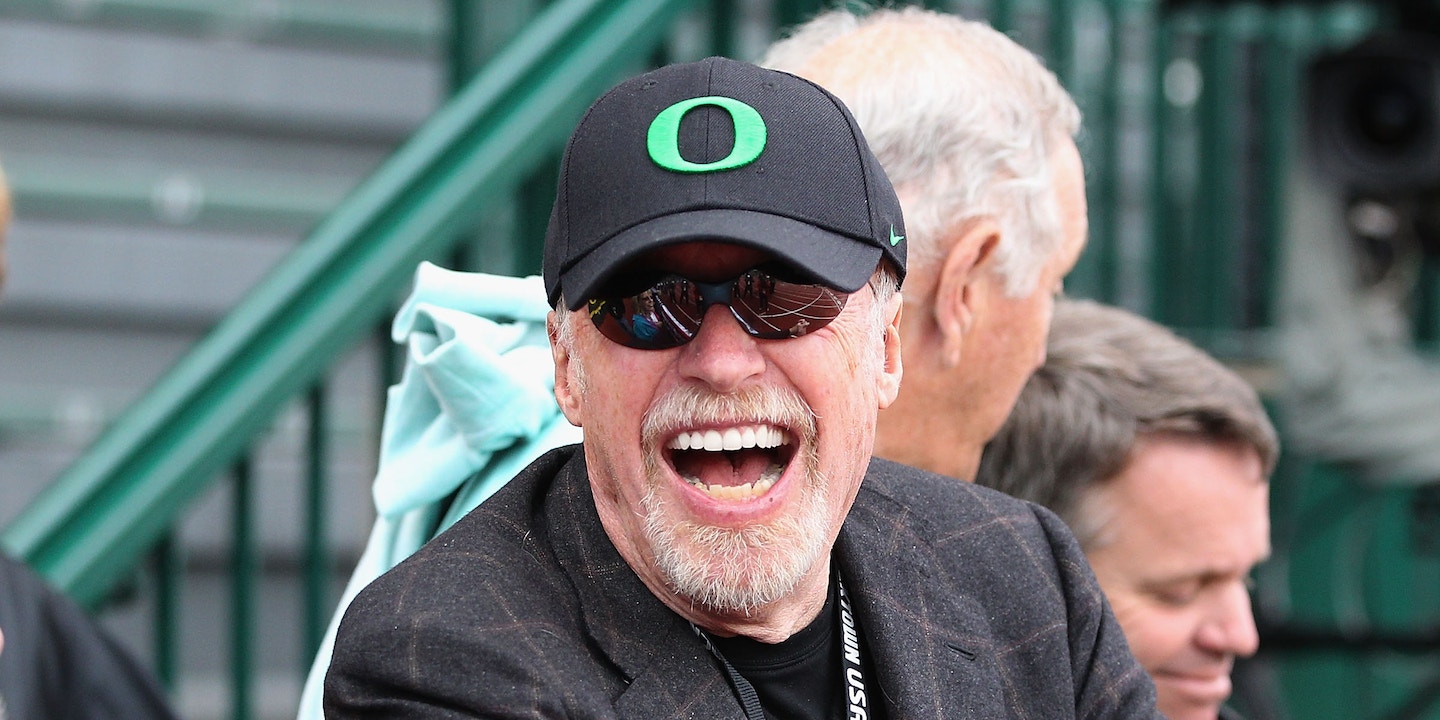 IN A RECENT INTERVIEW with USA Today, Phil Knight, the co-founder and chair of Nike, expressed puzzlement over Americans’ anger about trade agreements like NAFTA, and concern that this anger is having an effect on the presidential race.

“Everybody’s railing on NAFTA now,” said Knight, currently the 16th-richest person in the U.S., “but since 1996, when we signed NAFTA, the gross national product of the United States has risen three times. Do we really think it would have gone up more than that if we didn’t have trade agreements?”

Knight’s frustration might be understandable if it had some connection to reality. It does not.

The U.S. economy has not tripled in size — or to put it another way, grown by 200 percent — since the signing of NAFTA.

According to the Bureau of Economic Analysis, the U.S. real gross domestic product has actually grown by just 69 percent, or a third of what Knight believes, since the beginning of 1994. (NAFTA was signed in 1993, not 1996, and took effect on January 1, 1994.)

Moreover, if Knight knew the most basic facts about the U.S. economy he would have realized he was wrong without checking. For the GDP to triple in size in 22 years would require an average annual growth rate of over 5 percent — but the U.S. economy didn’t grow that fast, year over year, even once from 1994 to 2016.

So how has Knight latched onto this blatantly wrong factoid? Possibly because there is something that’s tripled in size in the past 20 years: Knight’s own net worth. According to Forbes, Knight’s net worth in 1996 was, adjusted for inflation, about $8 billion; today it’s $25 billion. You can understand why he’d be convinced the economy is in great shape.

And it’s not just Knight: a belief in blatantly wrong numbers is a tradition among U.S. elites anxious about elections and trade. In December 2007, the Washington Post editorial page was similarly concerned that Barack Obama and Hillary Clinton were listening to voters’ concerns about trade deals. Why didn’t anyone care about NAFTA’s benefits for Mexico, the Post wondered, since its GDP had “more than quadrupled since 1987″?

In fact, Mexico’s economy had grown by just 84 percent from 1987 to 2007, not 300 percent. The Post failed to correct its made-up statistic even after the paper’s own fact checker called it “misleading,” and it’s still sitting there on the Post website nine years later.

This is why being an American feels sort of like being a passenger on a plane approaching the Rockies when the flight crew announces there’s a big tunnel in Mt. Elbert and they’re going to fly through it to the other side. You’d like to think they’re lying and will pull up at the last second. But in fact they honestly believe that, and are going to plow the plane right into the side of the mountain.