WhatsApp, Used by 100 Million Brazilians, Was Shut Down Nationwide by a Single Judge

It is stunning to watch a single judge instantly shut down a key means of online communication for the world’s fifth-largest country. But similar battles are inevitable. 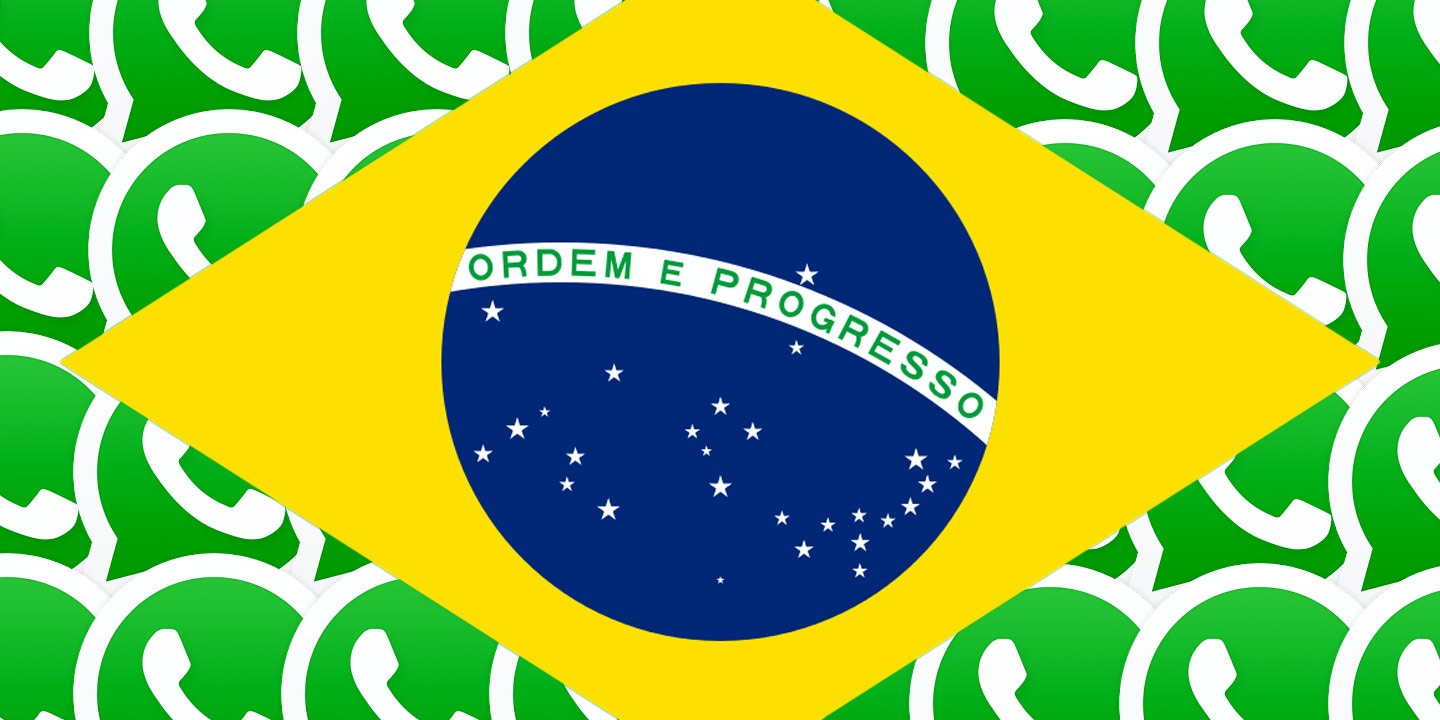 A BRAZILIAN STATE JUDGE ordered mobile phone operators to block nationwide the extremely popular WhatsApp chat service for 72 hours, a move that will have widespread international reverberations for the increasingly contentious debate over encryption and online privacy. The ruling, issued on April 26, became public on Monday when it was served on mobile service providers. It took effect the same day at 2 p.m. local time (1 p.m. ET); as of that time, people in Brazil who tried to use the service could not connect, nor could they send or receive any messages. Failure to comply will subject the service providers to a fine of 500,000 reals per day ($142,000 per day).

WhatsApp is the most-used app in Brazil, a country of 200 million people (it is now owned by Facebook, the country’s second-most used app). An estimated 91 percent of Brazilian mobile users nationwide — more than 100 million individuals — use WhatsApp to communicate with one another for free (it has 900 million active daily users around the world). Brazilians spent this morning, in the hours before the block took effect, frantically sending each other messages on WhatsApp warning that the service was going down for three days.

This ruling comes from the same judge, Marcel Maia Montalvão, of a small town in Sergipe state, who two months ago ordered Facebook’s vice president for Latin America, Diego Dzodan, to be detained over WhatsApp’s failure to cooperate with a subpoena issued as part of a criminal investigation. The judge said the arrest was justified by Facebook’s “repeatedly failing to comply with judicial orders” in a drug-trafficking case. Pursuant to that order, Dzodan was arrested by federal police and held in custody for a full day, until an appellate court overturned the order.

Afterward, the Facebook executive insisted that “the way that information is encrypted from one cellphone to another, there is no information stored that could be handed over to authorities.” WhatsApp similarly said: “WhatsApp cannot provide information we do not have.” According to Folha de São Paulo, Brazil’s largest newspaper, Monday’s ruling ordering the shutdown of WhatsApp stems from the same case.

The extraordinary orders reflect what is becoming a global controversy over the fight of technology companies to offer their users “end-to-end” encryption. That service, which has become quite in demand in the wake of reporting from the archive provided by Edward Snowden, ensures that only the users — but not the company itself — can access the content they are sharing. The post-Snowden fixation of tech companies to demonstrate a genuine commitment to protect the privacy of their users (motivated by business self-interest) has driven a wedge between the once-fully collaborative Silicon Valley and U.S. government surveillance state partners, creating a protracted and bitter public PR war that culminated last month in the Apple/FBI fight over access to iPhones.

As a result of its encryption protections, the position of WhatsApp in response to subpoenas has been that it is incapable of turning over users’ communications because the encryption not only keeps governments and non-state actors out but also the company itself. Over the past several years, numerous countries have begun enacting laws to bar companies from using any encryption that they cannot circumvent, and the Obama administration has been debating whether to support legislation that would allow only the use of encryption to which government agencies have backdoor access (in the 1990s, the Clinton administration used the Oklahoma City bombing to argue for a similar law, but it was blocked by a coalition of privacy advocates from both parties in Congress).

THIS IS NOT the first time WhatsApp service has been interrupted in Brazil. Last December, in a separate case, a lower court judge in São Paulo state ordered service providers to block the app for 48 hours as retribution for its failure to cooperate in a criminal investigation. An appeals court overturned the ruling but only after hours of service outage, invoking “constitutional principles” to say that “it does not seem reasonable that millions of users are affected because of the inertia of a company.”

In many ways, Brazil — with huge numbers of internet users and a growing online population of young people — is a key battleground for the global struggle for internet freedom. The Wall Street Journal called Brazil “the social media capital of the universe.” In January, after the last WhatsApp shutdown, two analysts from the Brazil-based Igarapé Institute, Robert Muggah and Nathan Thompson, wrote in the New York Times, “The country has one of the fastest growing populations of internet users in the world. Online tools like Facebook, Twitter and WhatsApp are used not only to express opinions; they are an affordable alternative to exorbitantly priced Brazilian telecom providers.”

In a country with turbulent political conflicts and a highly engaged online population, the debate over internet freedom has become very prominent. Along with Germany, the Brazilian government, in the wake of the Snowden revelations, was the most vocal in denouncing the U.S. for excessive NSA surveillance (Brazil was a key target for such spying). In 2014, the government enacted what it claimed was a law to protect internet freedom, “Marco Civil da Internet,” that did provide some privacy protections but also granted new surveillance powers to the government. Just last month, the government demanded, and received, a new draconian anti-terrorism law that provided it with extreme new law enforcement powers (causing ex-President Lula da Silva to break with his party, which controls the government, by telling The Intercept in an interview that he opposes the new law).

And now, as The Intercept reported last week, a new cybercrime bill on the verge of being enacted could codify internet-shutdown powers of the type the state judge imposed on Monday. In a Facebook post, Ronaldo Lemos, founding director of the Institute of Technology and Society of Rio de Janeiro and an architect of Brazil’s landmark 2014 Marco Civil internet legislation, wrote: “Tomorrow, the Cybercrime CPI will vote on a proposal to make this type of block lawful. If the CPI proposal goes forward, this will be the new normal in the country. Every week we would have news of sites and services that are blocked, as it is in Saudi Arabia and North Korea.”

It is stunning to watch a single judge instantly shut down a primary means of online communication for the world’s fifth-largest country. The two security experts in the NYT wrote of the first WhatsApp shutdown: “The judge’s action was reckless and represents a potentially longer-term threat to the freedoms of Brazilians.” But there is no question that is just a sign of what is to come for countries far from Brazil: There will undoubtedly be similar battles in numerous countries around the world over what rights companies have to offer privacy protections to their users.