The column, on CNN.com, was written by a corporate lobbyist and edited by Correct the Record, one of several pro-Clinton Super PACs. 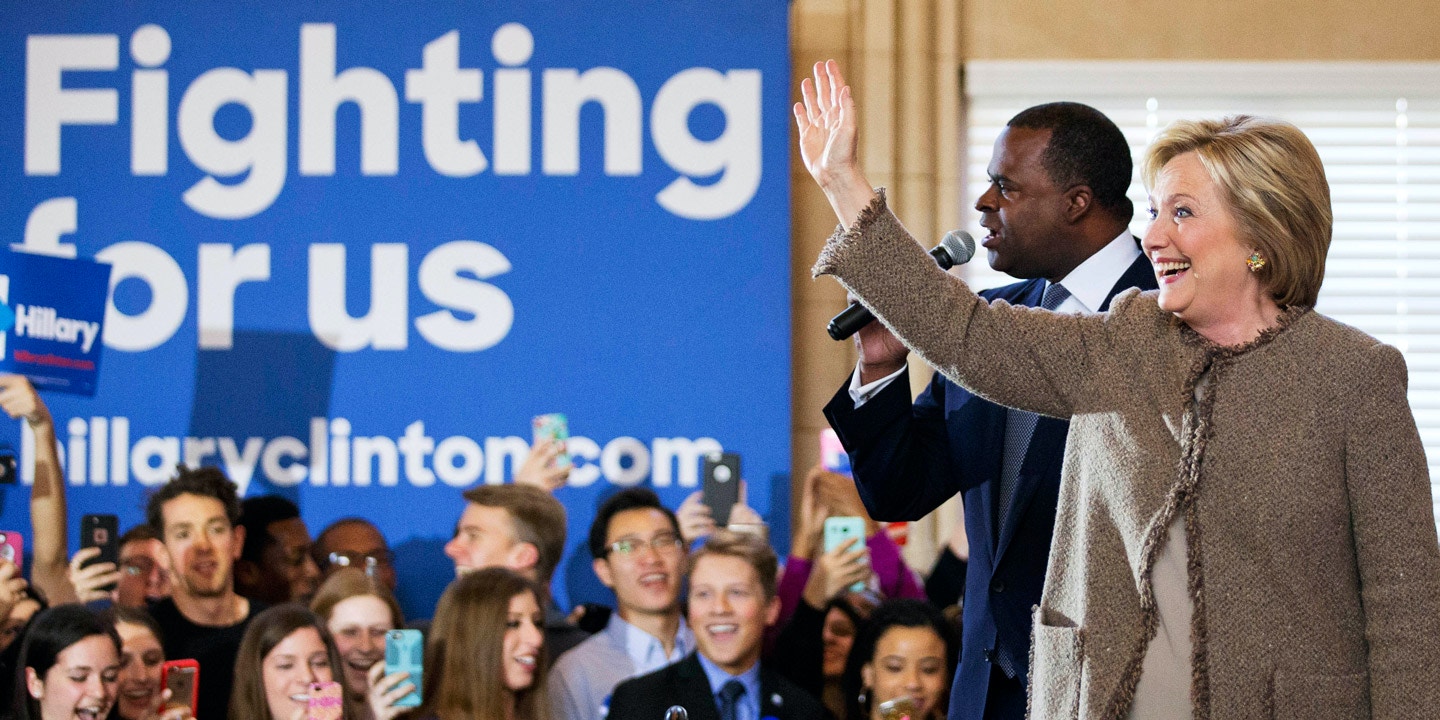 A few days before the Georgia primary, influential Atlanta Mayor Kasim Reed published a column on CNN.com praising Hillary Clinton and ripping her opponent, Bernie Sanders. Reed attacked Sanders as being out of step with Democrats on gun policy, and accused him of elevating a “one-issue platform” that ignores the plight of the “single mother riding two buses to her second job.”

But emails released from Reed’s office indicate that the column, which pilloried Sanders as out of touch with the poor, was primarily written by a corporate lobbyist, and was edited by Correct the Record, one of several pro-Clinton Super PACs.

Anne Torres, the mayor’s director of communications, told The Intercept this week that the column was not written by the mayor, but by Tharon Johnson, a former Reed adviser who now works as a lobbyist for UnitedHealth, Honda, and MGM Resorts, among other clients. The column’s revisions by staffers from Correct the Record are documented in the emails.

Johnson, Torres told us, is a “capable writer,” who managed Reed’s first campaign. Reed “provided verbal edits and feedback to Tharon, but other than that, no one from my office or the mayor’s office wrote this op-ed,” Torres said.

One email describes how Torres was introduced to Daniel Wessel, a press secretary for Correct the Record, by Johnson.

On the morning before the column was published, Torres sent an email to Correct the Record asking Wessel to send her the “final version.” She sent over Reed’s bio and headshot and wrote, “Let me know if you need anything else.”

“Attached is a slightly modified version after CNN ran a fact check,” Wessel wrote back. The attached Word document shows a number of revisions through track changes, with multiple Correct the Record staffers providing edits. (The metadata of the document shows that Wessel created the document.)

Wessel emailed Torres and Johnson again later that day, after the piece was posted, to indicate that he was in touch with CNN to make a post-publication “fix” to an error in the piece. “Thank you for all your help, turned out great,” Wessel wrote. “We’ll promote throughout the day.” Torres said that Correct the Record reached out to assist with the piece after being contacted by Johnson. “The extent of my assistance (as you can read in the emails) was sending over the mayor’s bio and headshot,” Torres said.

Correct the Record is the Super PAC founded by David Brock, a Republican-turned-Democratic strategist who controls a number of pro-Clinton campaign entities and websites.

In April, Correct the Record caused a stir when it announced plans to spend $1 million to build a “digital task force” dedicated to “pushing out positive content to Hillary supporters online to counter negative attacks and false narratives.”

Super PACs were intended to be independent entities, explicitly prohibited from coordinating directly with campaigns. Correct the Record, however, has tested the limits of campaign finance law and openly coordinates with the Clinton campaign. The group claims it is not engaging in campaign speech known as “independent expenditures,” a classification for traditional campaign communications, and therefore is exempted from the coordination rules.