California’s Supreme Court must decide whether to vacate a murder conviction based on flawed and unscientific expert testimony. This week, in an airy courtroom in San Francisco, the California Supreme Court heard oral arguments in the notorious case of Bill Richards, who in 1997 was sentenced to life in prison for the brutal beating death of his wife, Pamela. The Richards case has long been viewed as a clear case of wrongful conviction that was based on the discredited forensic science of bite-mark analysis. The court’s eventual decision, due within 90 days, could finally vacate Richards’s conviction and clear a path toward his ultimate exoneration.

Junk science and the fallibility of expert opinion are key to Richards’s case. After two hung juries failed to convict him of his wife’s grisly murder, in a third trial San Bernardino County prosecutors introduced new evidence that Richards had supposedly bitten Pamela’s hand while murdering her. If the mark on her hand was in fact a human bite mark that matched Richards’s teeth, that would prove Richards was present when Pamela died, a circumstance Richards has consistently and vehemently denied.

Prosecutors called as a witness Dr. Norman “Skip” Sperber, a forensic dentist whose expertise in bite-mark evidence had been used in cases against serial killers Ted Bundy and Jeffrey Dahmer. Sperber testified that Richards’s dental pattern was so unique that out of 100 people, “one or two or less” would have a similar bite. Moreover, Sperber provided to the jury a blown-up image of the alleged bite mark covered by an overlay of Richards’s teeth and concluded that the mark was clearly “consistent” with Richards’s unique bite.

The problem is that there was no scientific underpinning to support Sperber’s conclusions. Bite-mark analysis relies on two conceits: that human dentition is unique — as unique as DNA — and that the skin is a suitable substrate on which to record that uniqueness. Unfortunately, the only recent empirical research on the reliability of bite-mark “science” has demonstrated that neither proposition is true.

Indeed, bite-mark evidence has been at the epicenter of ongoing controversies in forensic science, which were underscored by a groundbreaking 2009 National Academy of Sciences report that criticized nearly every forensic practice — save for DNA — as having no underlying scientific basis. Bite-mark analysis received some of the harshest criticism. 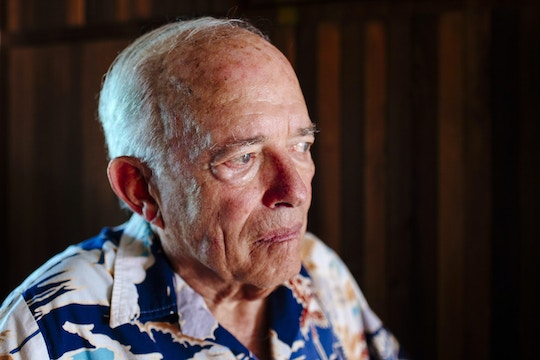 Photo: Kendrick Brinson for The Intercept

Eleven years after Richards’s conviction, Sperber recanted his testimony during an evidentiary hearing, lamenting that he’d used a distorted photo of Pamela’s hand in order to make the overlay exhibit, and saying that he never should have claimed there were statistics to back up his conclusions about the possible match between Richards’s teeth and the wound on Pamela’s hand. He admitted that there was simply no science to back up his contentions. His revised opinion was that Richards’s teeth were not consistent with the mark. At the end of the hearing (which also included testimony regarding newly developed DNA evidence), the judge ruled that the prosecution’s entire case had been undermined and the record now pointed “unerringly” to Richards’s innocence.

But Richards was not exonerated. Instead, an appeals court rejected the trial court’s conclusions, and the California Supreme Court followed suit in a controversial 2012 opinion. According to the majority decision, in an opinion condemned by California Lawyer magazine as the worst of the year, the testimony of an expert witness could never be wrong or legally false because that testimony was merely opinion.

A three-judge minority of the court issued a strong dissent. The majority, it argued, had imposed a new burden on defendants by claiming expert opinions are somehow different from other kinds of evidence, when a plain reading of the law made no such distinction. “The underlying basis of Dr. Sperber’s trial testimony as well as the testimony itself have been proven false by a preponderance of the evidence, and it is reasonably probable that the verdict at the final trial would have been different without Dr. Sperber’s testimony,” Justice Goodwin Liu wrote for the dissenters. “Accordingly,” he continued, he would reverse the appeals court decision “and grant [Richards’s] request for habeas corpus relief.”

The Supreme Court’s opinion makes little sense if you consider it critically. Under the court’s reasoning, a conviction could be overturned if, for example, an eyewitness to a crime later realized he was wrong about what he saw. But if an expert who testified that DNA evidence belonged to one person later realized that the DNA belonged to someone else, nothing could be done to remedy that error, even if it was responsible for a conviction.

In the wake of that opinion, and with Richards’s case firmly in mind, lawyers from across the state asked for a change in law — one that would make it clear that a conviction can be overturned when experts recant their prior testimony as a result of scientific or technological advances.

Known as a junk science statute, the Bill Richards Bill changed the state penal code to address problematic forensic practices in individual criminal cases. Faulty forensics have been implicated in nearly half of all DNA exonerations, according to the Innocence Project, and in roughly 23 percent of all wrongful convictions, according to the National Registry of Exonerations. California’s bill, which passed with bipartisan support, is only the second such statute in the country (following one in Texas), and its passage propelled the Richards case back to the Supreme Court for further consideration.

Since the 2012 ruling, two of the justices making up the previous majority left the court — including the opinion’s author. The three dissenters remain on the bench, and two new jurists have joined the court. While two of the judges previously in the majority remain — including the court’s chief justice, Tani Cantil-Sakauye — it appears their thinking may have changed, judging from the questions they posed during the oral arguments this week.

Before the high court, San Bernardino prosecutor Stephanie Zeitlin largely maintained the state’s previous position, arguing that even without the bite mark there was plenty of other circumstantial evidence linking Richards to the murder. She cited his strange behavior at the crime scene, alleged blood spatter on his clothing, and the lack of foreign tire or shoe prints at the scene that would suggest someone else had been there.

In response, Jan Stiglitz, a law professor and founder of the California Innocence Project, noted that every element of the state’s case was countered by the defense and that it wasn’t until the third trial, when bite-mark evidence was introduced, that a jury finally convicted Richards. Clearly, he said, the bite-mark evidence was crucial to the conviction.

The jurists seemed to agree, meeting Zeitlin’s contentions with skepticism. Among the most vocal of the judges were Chief Justice Cantil-Sakauye and Justice Carol Corrigan, who both had joined the court’s 2012 majority opinion in the case. Cantil-Sakauye observed that it was “hard to get around” the impact Sperber’s evidence had on Richards’s jury. When Zeitlin posited that it would be hard to quantify Sperber’s influence, since each of Richards’s trials was considered by 12 unique jurors, Corrigan was quick to jump in. It was the state who called Sperber as an expert, she said, and on the stand he represented himself as the “King of Teeth.” How is that “not significant” to the trial outcome? Zeitlin stood firm. Corrigan pressed on, are you “asking us to conclude, even though the prosecution went out of its way to call Dr. Teeth, [that his testimony] really wasn’t that helpful?”

Zeitlin tried a different approach, seemingly without much success, by suggesting that Sperber’s recantation might not truly repudiate his prior testimony — and as such, the case might not actually fall under the purview of the new junk science statute.

That did not appear to go over well with several jurists — including Justice Liu, who authored the 2012 dissent. If the court doesn’t consider that Sperber has repudiated his previous opinion — in the very case that prompted the change in state law —then what kind of case would the law actually serve?

A Precedent for Other States

How the court rules will be significant not only for Richards, but also for the future of junk science statutes. Richards’s case is the first test of California’s new law. In Texas, the state’s highest criminal court has upheld the law’s plain meaning, granting a new trial in at least one case, and sending another, a death penalty conviction, back to the trial court for further vetting. If California follows suit and vacates Richards’s conviction under the new law, that could prompt other states to adopt similar laws, thereby providing criminal defendants a significant avenue for challenging convictions based on shaky or nonexistent science.

For Richards himself, the stakes are clearly high. Vacating his conviction could lead to a full exoneration, though San Bernardino prosecutors could also attempt to try Richards again. In announcing last month that his office was setting up a conviction review unit, San Bernardino District Attorney Michael Ramos noted proudly that his county has seen “zero exonerations.”

“Our record of only convicting the guilty is due to many factors,” Ramos wrote. “Primarily it exists because our prosecutors work tirelessly every day to ‘do the right thing.’”

So far, it appears that Ramos sees nothing wrong with the handling of the Richards case, though other state officials apparently do. In March, California’s parole board recommended that Richards be released from prison, despite the fact that he has refused to take any responsibility for a crime he says he absolutely did not commit. Gov. Jerry Brown’s decision whether to accept the board’s recommendation is due at nearly the same time as the state Supreme Court’s ruling.

In a March letter, Richards wrote to me that he was pleased with the outcome of his parole hearing, but that he must still “wait for a good ruling from the Cal Supreme to move on with my life.”