The Secret NSA Diary of an Abu Ghraib Interrogator

A document from the Snowden archive is described in Eric Fair’s new memoir, Consequence, which reckons with the abuse of Iraqi prisoners. After working as an interrogator for a U.S. military contractor in Iraq, Eric Fair took a job as an analyst for the National Security Agency. When he went to the NSA, Fair was reckoning with the torture of Iraqi prisoners, torture he had witnessed and in which he had participated.

Fair would go on to write a memoir detailing his experiences in Iraq; the book, Consequence, was published last month to strong notices, including not one but two positive reviews in the New York Times. But Fair actually wrote about his time as an interrogator more than a decade earlier in an internal NSA publication.

One of the publication’s editors asked him to contribute a piece about “how my experience as an interrogator influences my work at the NSA,” as he put it in Consequence. Fair submitted an article in which “I question the efficacy of certain intelligence-gathering techniques and wonder whether, for the sake of morality, it might be best to sacrifice some level of tactical knowledge.”

“I was asked rewrite this section. I cut it completely. Instead, I wrote about how my experience in the interrogation booths had familiarized me with the overall intelligence cycle.”

Fair’s article for the NSA publication is among the files provided by former agency contractor Edward Snowden. It appeared in SIDtoday, a newsletter for the NSA’s Signals Intelligence Directorate, or SID, and is being released by The Intercept. (Read Part 1 and Part 2.)

In the essay, dated March 2005, Fair examines the relationship between human intelligence, or HUMINT, which can be derived from interrogations, and signals intelligence, or SIGINT, which comes from electronic communications. Fair’s article is titled “From SIGINT to HUMINT to SIGINT (through HUMINT): How a SIGINTer became an interrogator in Iraq, and what he learned as a result.”

The article describes his deployment to Iraq in 2003 and 2004, when he worked as a contractor at Abu Ghraib and at a base in Fallujah. In his previous intelligence work, he had “been limited to gathering only the information a target would reveal in conversation, searching for clues and hints,” he wrote. In Iraq, he was “excited” by “the opportunity to get to know these targets, ask them questions about their personal lives, gain a better understanding of who they were.”

But Fair soon became overwhelmed by the number of prisoners being brought in, and “as the numbers grew, so too did the ominous feeling that things were going downhill.” Fair wrote that “detainees were scared and apprehensive, and it was all I could do to get them talking about basic biographical information let alone their knowledge of the insurgency. When the success stories would come, it was often because the detainee was tired and worn out from his ordeal and hoped to gain something by providing information.”

Back in the United States at the NSA, he was assigned to a team that sorted through interrogation reports from Iraq to develop leads for signals tracking. Most of the rest of the article consists of platitudes about making SIGINT and HUMINT “work more effectively together.”

The can-do tone of the SIDtoday article belies the true nature of the prisoners’ “ordeals,” which Fair would soon make public. In 2007, he published the first of many public articles about the brutality with which he and other U.S. personnel treated Iraqis. Abu Ghraib, he insisted, was not “an isolated incident in an otherwise well-run detention system.”

In Consequence, he recounts the daily work of manipulating and mistreating prisoners even as he became disillusioned with the idea that such interrogations produced any intelligence of value.

He writes about shoving detainees into walls and throwing chairs, seeing men naked in freezing temperatures and subjecting them to sleep deprivation. He sees detainees being struck by other interrogators. He describes a technique known as the “Palestinian chair,” rumored to have been taught to U.S. forces by Israeli interrogators. Fair describes the torture of one Iraqi detainee in the chair in excruciating detail. “His hands are tied to his ankles. The chair forces him to lean forward in a crouch, forcing all of his weight onto his thighs. … He is blindfolded. His head has collapsed into his chest. He wheezes and gasps for air. There is a pool of urine at his feet.” 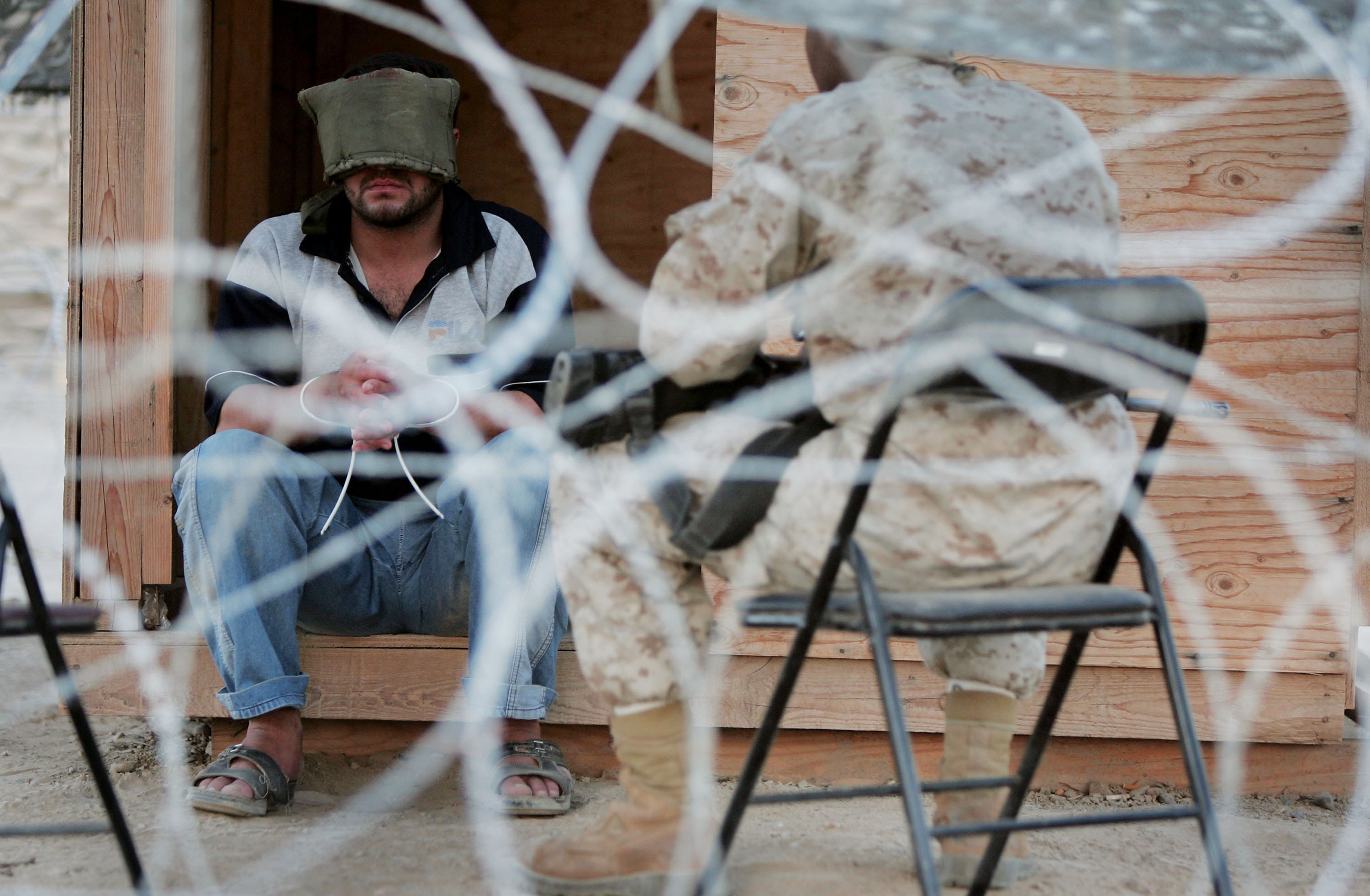 In May 2005, not long after he wrote the SIDtoday article, Fair deployed to Iraq again, this time as an NSA intelligence analyst, part of a team known as a “Cryptological Support Group.” In fact, he writes, “like most analysts in Iraq, I spend much of my day playing solitaire and Minesweeper.”

Fair did not respond to requests for an interview with The Intercept. He has said that he is still bound by a nondisclosure agreement with the NSA, and had to submit a draft of his book for pre-publication review. As a result, large sections of the book, where Fair talks about his second tour in Iraq with the NSA, are redacted.

“My intention when writing this book was never to reveal classified information,” Fair told the writer and Iraq veteran Matt Gallagher in an interview in the Daily Beast recently. “Do I agree with what they decided to strike? Absolutely not.”

“Don’t they realize this allows readers to put whatever preconceived notions or worst-case scenarios they want into those sections?” Gallagher asked.

“There’s an endless conversation there about unintended consequences. I’ll just leave it at that,” Fair replied.

By 2005, horrific photos from Abu Ghraib had been made public, along with other allegations of prisoner abuse in Iraq, Guantánamo, and Afghanistan, and military commanders had reined in the use of many interrogation techniques. Still, between the redactions in Consequence, Fair writes that at this point, “there is to be no redemption for me in Iraq.”

He recounts a visit to a facility at Camp Victory, the U.S. base at the airport in Baghdad. Although portions of the description of the room are blacked out, the space is clearly for interrogations and contrasted with the conditions Fair worked under at Abu Ghraib and Fallujah; he notes that the chair is “too heavy to throw,” and that “there are no marks on the walls.”

He writes that, “unlike the CIA, the NSA doesn’t draw conclusions or make assumptions. Signals intelligence is unambiguous.” Then a few redacted lines. Then:

What follows — presumably the interrogation — is blacked out. The next sections are also mostly redacted. The few lines that remain describe Fair playing on the computer and drinking the alcohol his wife has smuggled to him in bottles of mouthwash as he begins to break down and slip into depression that would later drive him almost to suicide.

“I am not disgusted by my actions” is readable amid the black bars. So is “I am disgusted by how good it felt to wield power.”