Heather Podesta has hit the trail for Hillary Clinton during the primaries, organized fundraisers for Clinton, and raised at least $348,581 in campaign funds. 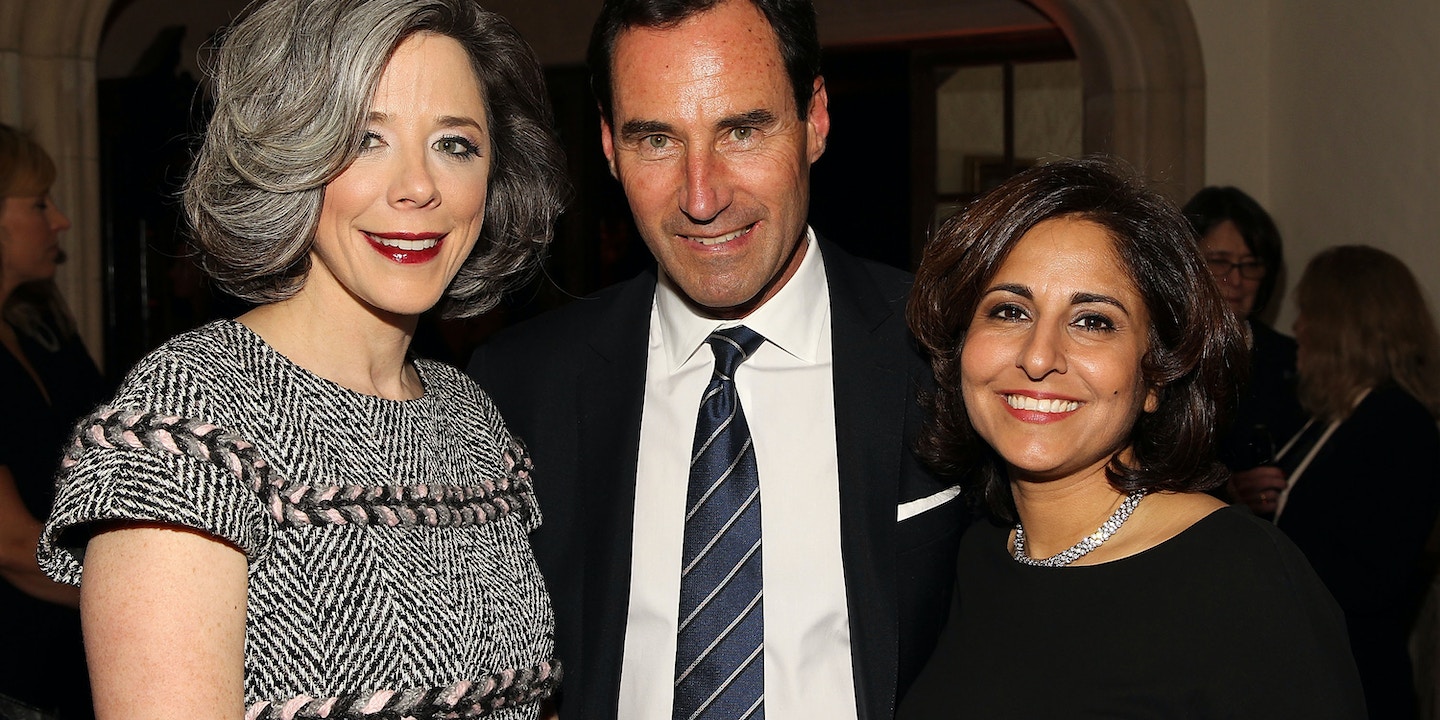 “I think Obama hurt himself by taking such an arms-length posture with the Washington community,” Podesta, a multimillionaire who has represented chemical companies, health insurers, and for profit-colleges, told Vox’s Ezra Klein. “By attacking Washington in that way, there was a bit of a brain drain. And a lost opportunity.”

As for the idea of taking money out of politics, “I just find it preposterous,” she said. It is “not the lobbying class that keeps people from taking hard votes, it’s the member themselves,” Podesta claimed.

The interview was held on Facebook, and a question came in from a viewer: “If lobbyists don’t have more power and influence than a regular person, why are lobbyists paid so much?”

“I think we’re not paid enough,” Podesta replied with a smile, as she and Klein shared a laugh.

As we’ve previously reported, Heather Podesta represented the health insurance giant Cigna as the company sought to weaken and derail the Affordable Care Act. This week, she registered to lobby on behalf of chemical firm LSB Chemical on nitrogen-based fertilizers, which have been under scrutiny since a chemical explosion in West, Texas, killed 15 people and injured nearly 150.

This year, Heather Podesta has hit the trail for Clinton during the primaries, organized fundraisers for Clinton, and raised at least $348,581 in campaign funds.

The Democratic National Committee and the Clinton campaign apparently agree with Podesta that Obama went too far on ethics reforms. The former ended all of Obama’s restrictions on lobbyist donations earlier this year, while the latter never restricted them at all.

Correction: June 3, 2016
An earlier version of this story incorrectly reported that Heather Podesta represented foreign governments and named one as an example. According to foreign agents registration data, she does not represent any foreign governments.