In a pending case before the U.S. Supreme Court, lawyers for a death row inmate are asking the justices to put a stop to an “epidemic” of prosecutorial misconduct. In a Louisiana case now pending before the U.S. Supreme Court, lawyers for a death row inmate named David Brown are asking the justices to put a stop to what the outspoken jurist and author Alex Kozinski has called an “epidemic” of prosecutorial misconduct. One of the most common forms of such misconduct is the withholding of evidence that might exonerate or mitigate the guilt of a defendant. Failure to turn it over, according to the court’s seminal 1963 decision Brady v. Maryland, is a violation of due process. Brown’s lawyers argue that nothing less is at stake in their client’s case than the future of Brady and the right to due process in criminal proceedings.

Although prosecutors have bristled at Kozinski’s charge, there is certainly plenty of evidence to back up his claim. According to the National Registry of Exonerations, a project at the University of Michigan Law School, 933 of the nearly 1,800 exonerations to date involve official misconduct by prosecutors, police, or other government officials. Thirty-five of those exonerations come from the state of Louisiana alone, where prosecutors have a dismal record of complying with their legal obligations. According to Pace University School of Law professor Bennett Gershman, a leading expert on prosecutorial misconduct, many of Louisiana’s prosecutors “have an incomplete and even warped understanding of the Brady rule, and their enforcement of their Brady duty is deficient.” In Kozinski’s estimation, it is the duty of the courts to solve the misconduct problem. “Only judges can put a stop to it.” 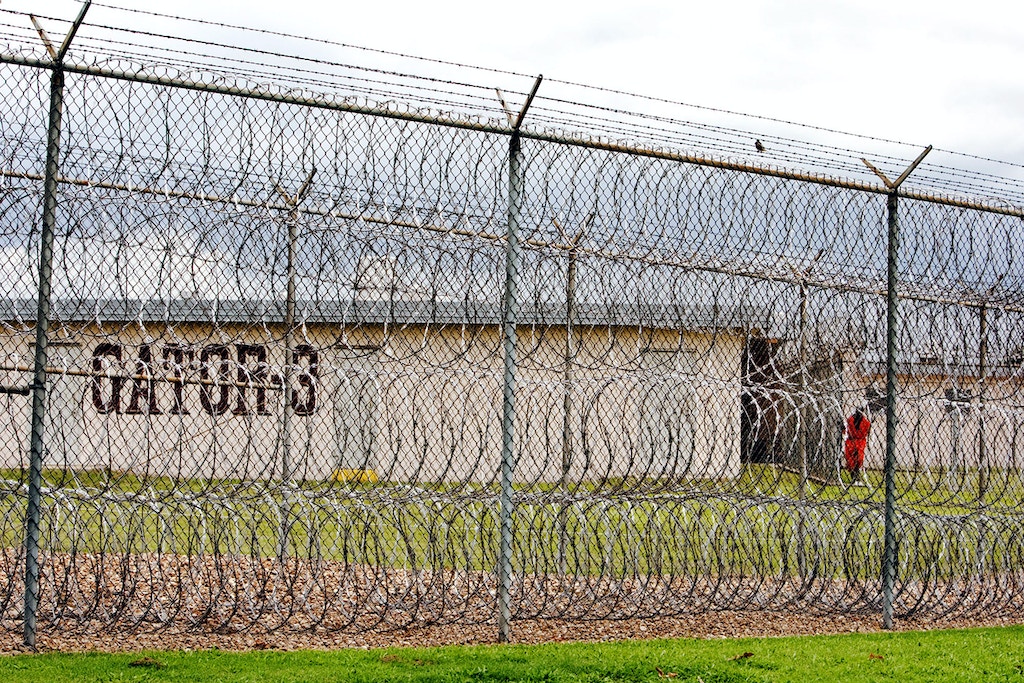 A prisoner, far right, behind layers of razor-wire fencing at the Louisiana State Penitentiary in Angola, La., on April 22, 2009.

On the evening of December 28, 1999, six inmates at the Louisiana State Penitentiary, known as Angola, embarked on a plan to break out of the notorious prison. The plan was relatively straightforward: One or more of the plotters would don uniforms stolen from guards and then lead the remaining inmates out of the prison camp and into the parking lot where they would steal a car and flee. But almost immediately, things went sideways.

Prison guard Captain David Knapps happened to be leaving an employee bathroom as the inmates were moving through the prison hallway. One of the prisoners, a man named Barry Edge, struck Knapps over the head with a mallet. When Knapps fell to the floor, a second inmate asked David Brown to help drag Knapps back into the bathroom and out of sight. Knapps was bleeding, but he continued to kick at Brown. Brown later said he told the guard to relax and that “nothing’s going to happen to you. Nobody’s going to hurt you. Just be cool, you know. Relax a little.” He offered Knapps some water, he said, and then left the bathroom, leaving the guard behind with Edge and another inmate.

Outside the bathroom, the situation quickly devolved into chaos. Additional guards came into the hall and the inmates tried to round them up. Brown admitted to tying together the shoelaces of two guards and attempting to gag one in an effort to incapacitate them. Several of the inmates eventually gave up, while others had to be subdued by the prison’s tactical assault team. Brown recalled sitting down and putting his hands up in surrender. Guards killed one inmate, who was allegedly wielding a shank, before corralling and cuffing the others.

Then there was the gruesome discovery inside the employee bathroom. Knapps was dead; he’d been beaten and repeatedly stabbed. Blood was everywhere. Brown said he was shocked — when he’d last seen Knapps, the guard was injured but very much alive.

Five of the inmates — known as the Angola Five — were eventually indicted for capital murder. The state sought the death penalty against each. By the time Brown’s trial began in October 2011, he was the third to be tried for the crime. One of the inmates, Jeffrey Clark, had already been sentenced to death and a second inmate had been given a life term. But it wasn’t exactly a slam-dunk death case for the Louisiana prosecutors. The five defendants were responsible for the plot to break out of prison and thus could be held responsible for Knapps’s murder. But when it came to punishment, there was no clear indication of which inmate dealt the fatal blows, nor was there an independent eyewitness or other exacting evidence that could definitively demonstrate how things went down or who was responsible for what.

Brown claimed he had absolutely nothing to do with the murder and that in devising the escape, the conspirators never intended to hurt anyone. Even so, Brown was found guilty and sentenced to die. 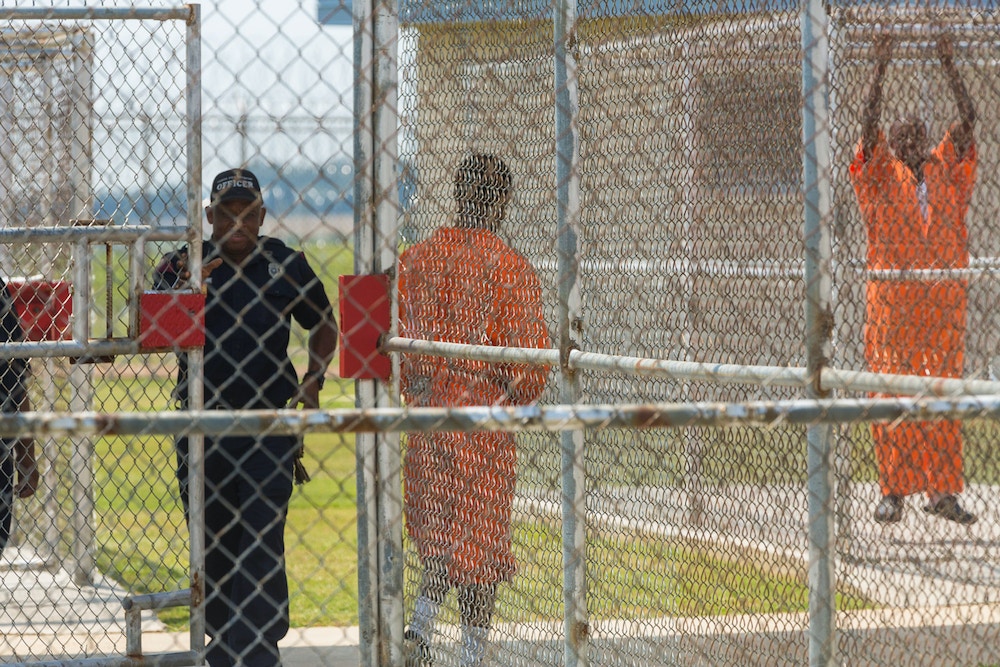 Inmates are let outside at the Louisiana State Penitentiary in Angola, La., Sept. 9, 2013.

We Didn’t Have to Kill Him

As it turns out, however, an important piece of evidence existed that could have helped to corroborate Brown’s account: a 37-page statement provided by an Angola inmate named Richard Domingue that was never turned over by prosecutors to Brown’s lawyer. Domingue was friends with Edge, the inmate who Brown said remained in the bathroom with Knapps. According to Domingue, Edge bragged that he and conspirator Clark were responsible for Knapps’s death. According to the statement, as related in court filings, Edge told Domingue that he and Clark decided to kill him. “We didn’t have to kill him,” Domingue recalled. “He said we could have let him live. He said we did it. We made a decision to kill him to help our self.”

The statement was taken by prosecutors Hugo Holland and Tommy Block — the same pair who handled all the Angola Five cases — and was obtained months before Brown was ever tried. But Brown’s appeal attorneys only found out about the statement some four months after Brown was convicted, when the prosecutors sought to introduce it as evidence at Edge’s capital trial.

In 2012, Brown’s court-appointed appellate lawyers filed a motion seeking a new trial for Brown, claiming that the state improperly withheld the Domingue statement in violation of Brady v. Maryland, which requires the state to turn over evidence that is material to a determination of guilt or punishment. The Angola Five prosecutors had clearly violated that mandate, Brown’s lawyers argued.

In September 2014, Judge Jerome Winsberg, who presided over each of the Angola Five prosecutions, entertained the motion and heard testimony from Domingue. Three months later, Winsberg affirmed Brown’s conviction — there was plenty of evidence of guilt — but granted him a new punishment hearing. “The jury did not have the benefit of all of the evidence in the case that could have been presented,” Winsberg ruled.

The state appealed the decision and the reviewing courts, including the Louisiana Supreme Court, overturned Winsberg’s ruling, concluding that Brown had failed to demonstrate that the outcome of his trial would have been different if he’d been able to present Domingue’s statement.

Brown’s appeal attorneys argue that Louisiana’s prosecutors and appeals courts simply misunderstand and misinterpret their Brady obligations. In their petition to the U.S. Supreme Court, the lawyers note that the evidence withheld from Brown is almost identical in nature to what was improperly withheld by the state in the original Brady v. Maryland case. The exterior of the Supreme Court of Louisiana in New Orleans, Aug. 24, 2007.

A Perverse Message to Prosecutors

In 1958, John Brady and Donald Boblit hatched a plan to steal a car from a Maryland man, William Brooks. In the course of the robbery, Brooks was killed. Brady and Boblit were tried for the murder and both were sentenced to death. At trial, in an effort to avoid the death penalty, Brady claimed that it was Boblit who’d actually killed Brooks; the jury didn’t buy it. What Brady didn’t know at the time was that prosecutors had withheld from his defense a statement Boblit provided to police in which he admitted strangling Brooks. The Supreme Court ruled in Brady’s favor: “The suppression by the prosecution of evidence favorable to an accused upon request violates due process where the evidence is material either to guilt or to punishment,” Justice William Douglas wrote for the majority.

Brown’s attorneys argue that the duty of the Louisiana prosecutors to turn over Domingue’s statement is equally unambiguous. In an email to The Intercept, Pace’s Gershman wrote that if the Supreme Court fails to act in Brown’s case, it would send a “perverse message to lower courts and prosecutors that constitutional rules can be violated with impunity, and that there are no consequences, or any real accountability, for prosecutors who violate the rules.”

Louisiana’s prosecutors have repeatedly suppressed such evidence, and its courts have affirmed this conduct time and time again. According to a friend-of-the-court brief filed on behalf of Brown by several prominent legal ethicists — Ellen Yaroshefsky from Cardozo School of Law, Bruce Green from Fordham University, and Lawrence Fox from Yale — the federal courts, including the U.S. Supreme Court, have had to intervene in Louisiana cases involving Brady violations at least 19 times since 1980. The Supreme Court’s most recent intervention came in March, when it ruled it was “beyond doubt” that evidence withheld by prosecutors “undermines confidence” in the conviction of a defendant named Michael Wearry.

Yet neither the state’s courts nor its prosecutors seem to have learned the lessons of those cases. “Efforts to hold Louisiana prosecutors to account for withholding exculpatory evidence have failed,” the ethicists wrote. “We believe that when courts do not enforce Brady, they not only damage the integrity of the proceedings at issue, but also undermine public confidence in the legal system.”