The CIA will give the Senate intelligence oversight committee a closed briefing on how employees were held accountable and punished for their involvement with torture. 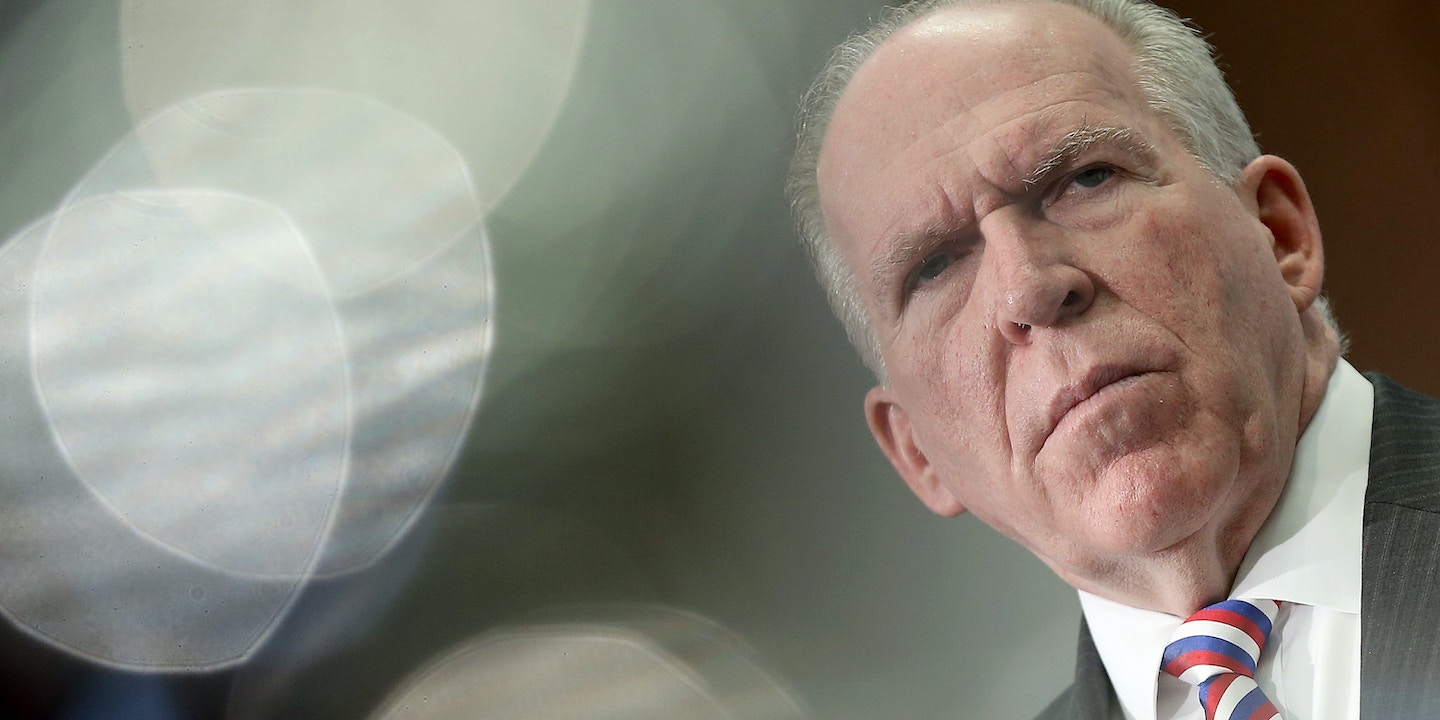 The CIA will give the Senate intelligence oversight committee a closed briefing on how employees were held accountable and punished for their involvement with torture, the agency’s director told lawmakers in a hearing Thursday.

“The agency over the course of the last several years took actions to address shortcomings,” CIA Director John Brennan said during a rare appearance at a public Senate Intelligence Committee hearing on Thursday. He told the panel that “individual accountability” was a part of that.

Brennan’s promise comes just two days after the CIA released dozens of new documents to the American Civil Liberties Union — which sued the agency for access to the records after the release of the Senate Intelligence Committee’s notorious December 2014 “torture report” detailing the agency’s failed “enhanced interrogation” regime.

Brennan’s remarks were in response to Sen. Ron Wyden, D-Ore., who asked him whether anyone, after two years, had been held accountable for torture, as promised.

President Barack Obama reportedly dismantled the CIA’s detention and interrogation program in which hundreds of detainees were subject to brutal conditions, primarily in Afghanistan. Few people, however, have been reprimanded in any formal way for building and fostering the system.

In addition to owing answers about accountability for torture, Brennan also promised to provide Wyden details about the CIA’s policies on the use of NSA foreign intelligence — specifically intercepted communications under Section 702 of the Foreign Intelligence Surveillance Act. Though the database is supposed to be restricted to foreign internet communications, some American messages end up there as well.

Reps. Zoe Lofgren, D-Calif., and Thomas Massie, R-Ky., have offered an amendment to the House Defense Appropriations Bill currently being considered in Congress that would force a warrant requirement to search the massive database for American communications.

“The CIA routinely conducts warrantless searches for the emails of Americans” on the NSA database, Wyden pointed out. “My question is, if there was a rule that the CIA could only search if the Department of Justice has obtained a warrant — with the exception of an emergency situation, … would the CIA be able to comply?”

Brennan didn’t have an answer.