No, That Donald Trump Ad Is Not Real

A surprising number of people seem to think that a satirical “Japanese Donald Trump Commercial” proves that the candidate is popular in Japan. 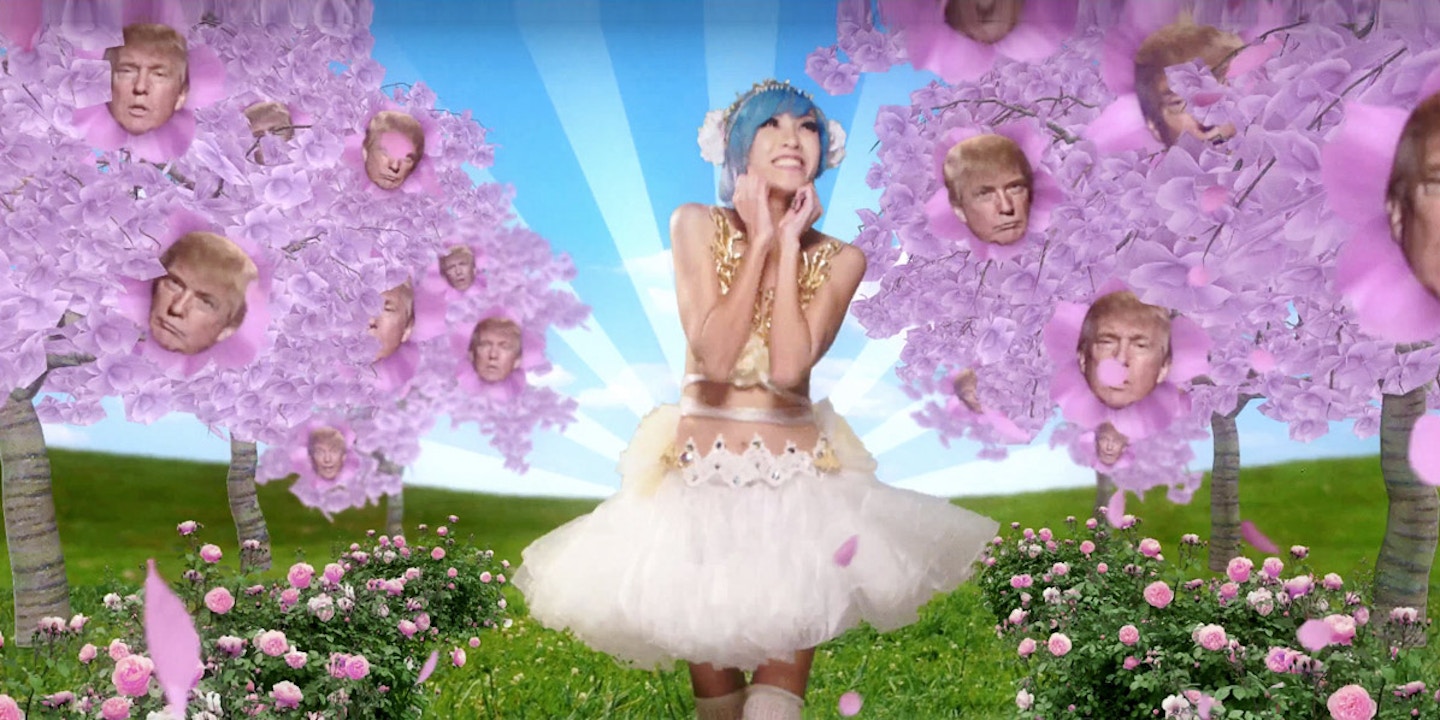 This should go without saying, but the deliriously funny “Japanese Donald Trump Commercial” viewed nearly 8 million times since its release on Wednesday — in which a young woman joyfully imagines her hero, Donald Trump, becoming “World President” — is a work of satire.

The reason that seems worth pointing out, even before @realDonaldTrump has the chance to retweet it by mistake, is that a surprising number of the first 24,000 comments on the video on Facebook and YouTube have come from people who took it to be genuine, despite the fact that it features a hopelessly love-struck young woman dreaming of a world in which Trump’s bust is atop every building, rainbows emanate from his mouth, and the candidate is able to transform into a mythical beast that is half dinosaur, half pony.

Here is a sample of comments that have already been liked hundreds of times on Facebook:

“No matter how cool this makes Trump, please don’t vote for him. Geez.”

“Trump sucks and so does this commercial. It glorifies him for most of it, while then showing him destroying the world. Obviously you have no idea about American politics.”

“So … Are we just going to ignore the fact that at the end, he destroyed the earth?? Please tell me that the people who are saying that this video makes you want to vote for him, please tell me you’re being sarcastic. Please, for the sake of humanity. Don’t do it.”

That has surprised the visual effects artist who shot the video in April, Mike Diva, and the wig stylist and cosplayer who stars in it, who goes by the name Sushi Monster on social networks.

I made a commercial for my senpai - future world president Donald Trump ???????? https://t.co/YyrD2rQuiv pic.twitter.com/TXE5ctTakG

The sheer amount of people who think its a real Japanese commercial and that Im some Jpop girl actually obsessed with Trump....

Since the comments started pouring in, both the video’s creator and star have taken some time to gently correct those who mistook it for real evidence of love for Trump in Japan — by pointing to subtle clues embedded in the clip, like the candidate giving a Nazi salute against the backdrop of swastikas and the fact that, yes, he does turn into a massive robot and destroy planet Earth at the end.

@Mikediva is this meant to make him look bad??

I dunno. i guess it depends on whether u think swastikas and trump literally blowing up the planet is bad https://t.co/YKXeI9jKl8

Their efforts to set the record straight in the comment threads were echoed by genuine Trump supporters who sternly warned that it was “100% INAUTHENTIC. This fake-Japanese video is made by WESTERN LIBERALS who do not support Trump…. THIS VIDEO IS ANTI-TRUMP GARBAGE.”

The notion that Japan would swoon for Trump is of course unlikely, given that the billionaire real estate heir has been complaining since at least 1987 that the Japanese have been taking advantage of the United States by not paying enough for their defense by the American military. In March, he told the New York Times that the time would come when Japan might have to defend itself against North Korea without U.S. help, even if that meant building its own nuclear arsenal.