Politico’s Ben White quoted fully five anonymous sources to the effect that Clinton would be making a major misstep by selecting Warren as her running mate. 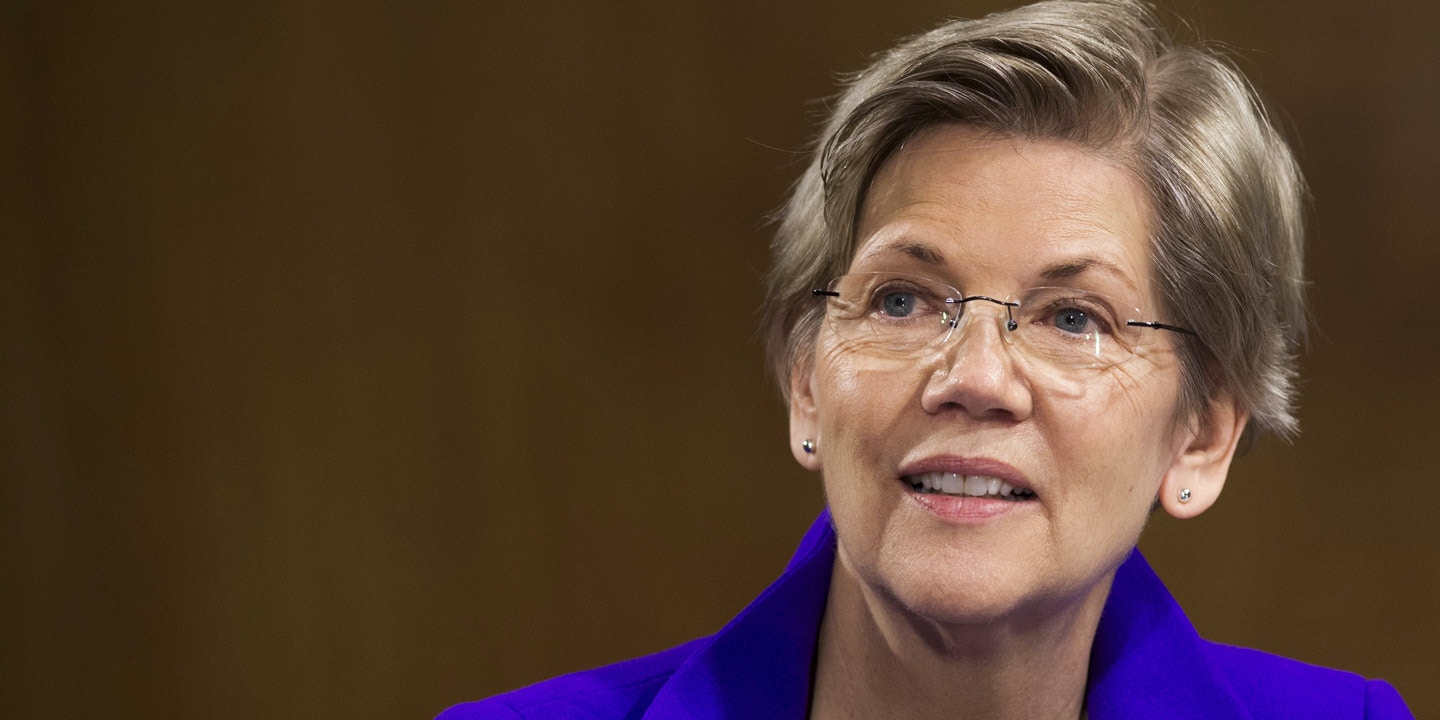 The fast rise of Sen. Elizabeth Warren within the Democratic Party has coincided with another phenomenon: the continual use by elite-media journalists of anonymous sources in articles that either criticize Warren directly or warn other politicians about the dangers of embracing her, her political style and the policies she advocates.

That journalistic trend manifested itself most recently on Monday, in a piece by Ben White in Politico that quoted fully five anonymous sources — including “one top Democratic donor,” “one moderate Washington Democrat” and “one prominent hedge fund manager” — to the effect that Hillary Clinton would be making a major misstep by selecting Warren as her running mate. Warren is an expert in bankruptcy and predatory lending and a leading critic of the financial industry.

Is the “top Democratic donor” Politico quoted a self-interested executive at Citigroup or Goldman Sachs fearful that Warren would influence policy decisions? We’ll never know. Journalists in this way let powerful individuals take potshots without any fear of accountability and without the reader being able to discern what conflicts of interest might be involved.

And when it comes to Warren in particular, pretty much any “administration official” or “political strategist” interested in advancing a narrative gets the anonymous treatment. The Intercept in short order compiled a list of 15 other articles and political newsletters over the last few years of the anonymously sourced, anti-Warren genre. Not surprisingly, given its institutional affinity for establishment sources and contempt for political idealism, Politico was the worst single offender, its reporter Ben White in particular:

— Politico’s Morning Money newsletter in 2013 reprinted a lengthy email from “One top exec” slamming Warren for demanding that bank regulators step up enforcement on banks during a committee hearing. “Perhaps someone ought to remind the senator that the campaign is over and she should act accordingly if she wants to be taken seriously,” the anonymous executive wrote.

— A few months later, Politico’s Morning Money newsletter quoted a “senior DC Republican” to say that Warren’s call for Wall Street banks to disclose donations to Washington think tanks and advocacy groups “sounds uncomfortably like the kind of demand that Joe McCarthy would have made in the 1950s.”

— Politico, in a 2015 article on Warren’s opposition to the nomination of a Lazard banker Antonio Weiss to a prominent Treasury Department role, provided anonymity to a “senior Wall Street Democrat” to claim, “In this case, the thing Warren was against — adding another Wall Street anti-regulatory guy — wasn’t even remotely true.” The source, Politico’s Ben White noted in his piece, “like many interviewed for this article, declined to be identified by name to avoid Warren’s wrath.”

— Politico, previewing candidates for the 2016 presidential election, reported that “one top Republican-leaning Wall Street lawyer said over lunch in midtown Manhattan” that Warren would be a “nightmare.”

— Politico, reporting on Warren’s opposition to the Trans-Pacific Partnership in 2015, gave anonymity to “one Washington operative” to argue that Warren might not have an impact on the politics of the trade agreement. In the following paragraph, “one Democrat” was quoted mocking Warren’s “protectionist fears.”

— In another article about Warren’s opposition to the TPP, Politico quoted “one person close to the White House” to call Warren’s stance a “sign of desperation.”

— A 2015 Politico magazine feature about Warren’s political ambitions provided a “a top adviser to Obama” anonymity to say “there’s a loyalty question with Liz.”

— Politico allowed anonymous lobbyists to mock Warren’s appointment as part of the Senate Democratic leadership team in 2014, including “one financial services lobbyist” who called Warren’s new roles as “a meaningless position.”

— Politico allowed “a financial services industry insider and former GOP Senate aide” to preview the ways in which bank lobbyists were planning to defeat Warren during her 2012 Senate election bid.

— The Washington Post quoted an anonymous “Democratic aide” in 2015 to dismiss concerns that Warren did not endorse Clinton’s campaign early in the race, claiming “I don’t think it’s hugely notable that she is not there.”

— “I don’t see the Senate being spurred into action by Elizabeth Warren,” the American Banker quoted “one former Hill aide” as saying in a 2013 story about efforts in Congress to shield the Consumer Financial Protection Agency from legal challenges.

— As Congress debated an omnibus legislative package that included potential changes to the Dodd-Frank financial reform bill in 2014, Politico gave a “GOP aide” anonymity to blame Warren in case the bill failed.

— When Warren drafted an effort to give regulators more authority over auto dealers in 2014, the Hill granted anonymity to “one lobbyist familiar with the congressional discussions” to downplay the effort as “not going to go anywhere” unless Warren could bring on “a Democrat who is more credible than her.”

— CNN in January let “one Democratic senator who asked not to be named” criticize Warren for not endorsing a candidate, presumably Clinton, earlier in the Democratic presidential primary.

—  The Hill granted anonymity to “one former Democratic staffer turned financial services lobbyist” in 2015 to claim that “Elizabeth Warren is the mirror image of Ted Cruz, and if we aren’t careful, she’ll drive the Democrats into the same ditch.”

The use of anonymous sourcing for quotes has been a topic of debate for ages, with many journalism ethics experts arguing that the privilege should only be granted under rare and exceptional circumstances, such as when the safety or livelihood of the source is at risk. “Identify sources whenever feasible,” says the Society of Professional Journalists guide on the issue. “The public is entitled to as much information as possible on sources’ reliability.”