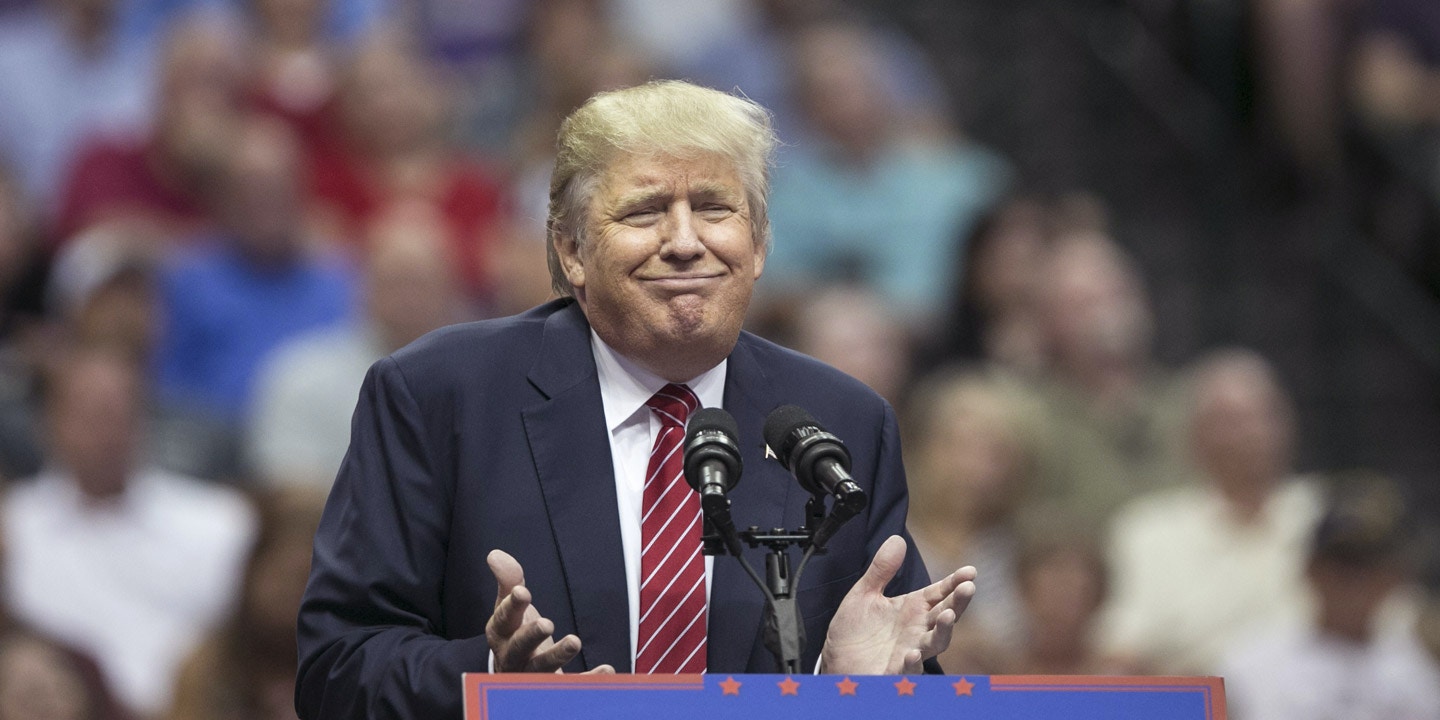 Donald Trump denounced the controversial Trans-Pacific Partnership trade agreement on Tuesday and charged that Hillary Clinton, a long-time supporter of the deal, is deceiving voters when she says she now opposes it.

Trump wasn’t wrong to charge that Clinton has surrounded herself with members of the global elite who promote and benefit from deals such as TPP. In fact, many members of Clinton’s inner circle have continued to advocate for the trade agreement.

But a similar critique could be made against Trump, now that his growing campaign operation includes lobbying and political consultants who have worked to pass the TPP or have been recently employed by firms that promote the TPP. Among them:

— David Urban, a consultant with the American Continental Group, lobbied on behalf of Time Warner, the parent company of CNN, in support of the Trans-Pacific Partnership, according to disclosures. Urban volunteered with the Trump campaign during the GOP primary in Pennsylvania, and is now serving as the deputy director of the Trump campaign’s GOP convention team.

— Tony Fabrizio, hired in May as the Trump campaign pollster, serves as a senior counselor at Mercury Public Affairs and is a principal at the consulting firm Fabrizio Lee. Disclosures show that Mercury has lobbied for the Trans-Pacific Partnership on behalf of a number of clients. Fabrizio Lee also provides strategic consulting to the Emergency Committee for American Trade, an advocacy group that has aggressively touted the TPP trade deal.

— Doug Davenport founded the lobbying practice of the DCI Group, a public affairs firm that was retained last year by the government of Japan to help promote and secure passage of the TPP. Davenport joined the Trump campaign in April and is now reportedly helping to court delegates.

— Alex Castellanos, a veteran Republican advertising strategist, is the co-founder of Purple Strategies and National Media, Alexandria, Va.-based political consulting firms that have long provided consulting for the U.S. Chamber of Commerce, the corporate trade association that has taken the lead role in promoting the TPP. Castellanos, once a Trump critic, now advises the largest pro-Trump SuperPAC, Rebuilding America Now. Speaking to the Los Angeles Times last year, Castellanos was dismissive of Republican opposition to the TPP, claiming that most simply opposed the deal because it is backed by Obama. These Republicans, Castellanos said, “oppose their president more than they support free trade and economic growth.”

And while Trump raised valid concerns about the TPP and other free trade deals — namely that these trade agreements have benefitted multinational corporations often at the expense of U.S. workers — he also has a very long history of changing his positions, including taking diametrically opposing views on abortion, immigration, Israel policy, and the minimum wage.