The Economist and The Hill offer convention sponsorship packages that include interviews with editorial staffers and coverage. 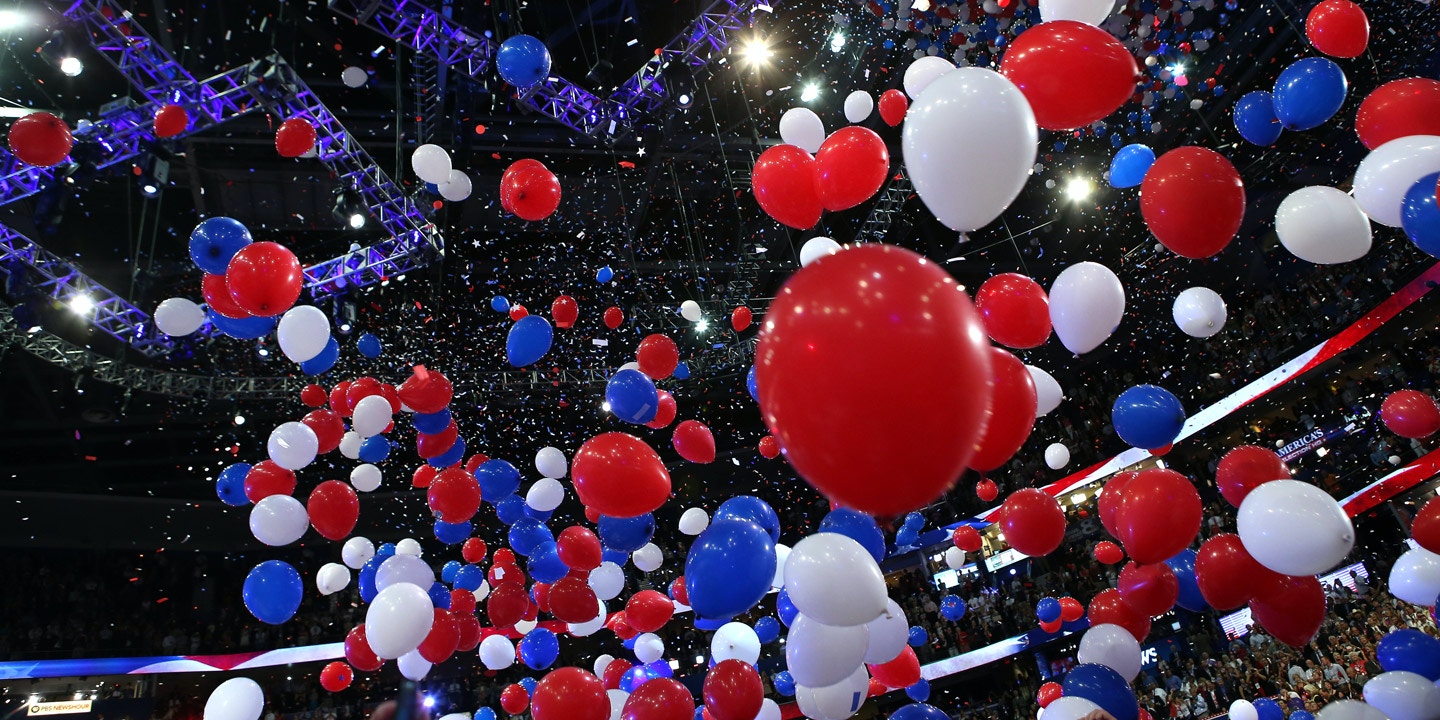 For high-rolling special interests looking to make an impression at the presidential conventions next month, one option is to pay a lot of money to a media outlet. Lobbyists for the oil industry, for instance, are picking up the tab for leading Beltway publications to host energy policy discussions at the convention, including The Atlantic and Politico.

And for the right price, some political media outlets are even offering special interviews with editorial staffers and promotional coverage at the convention. Screen grab of the price list from The Hill’s brochure.

The Hill newspaper, which is sponsoring events at both the RNC and DNC, offers sponsors “a turnkey and custom experience,” including a “Thought-Leader Luncheon” moderated by The Hill’s editorial staff and the luncheon sponsor, who also gets to “curate a list of participants from politics, government, media and industry.” Screen grab from The Hill’s brochure; highlight by The Intercept.

Sponsors who pay $200,000 are promised convention interviews with The Hill’s editorial staff for “up to three named executives or organization representatives of your choice,” according to a brochure obtained by The Intercept. “These interviews are pieces of earned media,” the brochure says, “and will be hosted on a dedicated page on thehill.com and promoted across The Hill’s digital and social media channels.” Our inquiries to The Hill went unanswered.

The Economist, along with its subsidiary CQ Roll Call, similarly offers convention sponsorship packages. Sponsors can share lunches or dinners “with top policy experts from CQ Roll Call and The Economist” that are livestreamed “so your reach extends beyond the room.” According to the website advertising the packages, sponsoring a meal is also good for “getting your CEO publicity — we’ll film an interview segment after event concludes.” The Economist/CQ Roll Call did not respond to our inquiries. Screen grab from the CQ Roll Call website; highlights by The Intercept.

“My impression is that paying for journalistically greased access to bigwigs is now routine,” says Todd Gitlin, a professor of journalism and sociology at Columbia University. “Journalists should be covering conventions. Selling access to their leadership strikes me as an invitation to corruption.”

“There are a lot of ethical red flags here,” says Jim Naureckas, editor of the journalism watchdog group Fairness and Accuracy in Reporting. Naureckas notes that for The Hill to refer “to the interviews as ‘earned media’ — that is, as opposed to advertising — raises the question of whether these advertorials will even be distinguished from news coverage in the fine print. If so, The Hill is operating as a straight-up PR agency.”

Politico’s nearly nonstop programming during the conventions is led by the outlet’s “award-winning team of reporters and editors.” In both Cleveland and Philadelphia, Politico plans to hold a “Caucus Energy Conversation” sponsored by Vote4Energy.org, an election effort of the American Petroleum Institute, which is the lobbying arm of Chevron, ExxonMobil, and other major oil and gas companies.

Politico is also hosting a discussion of the economy with the Peter G. Peterson Institute, an advocacy group that pushes for cuts to Medicare and Social Security. Other Politico convention event sponsors include Microsoft, Diageo, Google, and Bank of America.

Vote4Energy is also listed as the underwriter for The Atlantic’s “cocktail caucus during the Democratic convention” to explore “the nation’s energy and environment landscape.”

The Intercept asked both Politico and The Atlantic if such sponsorship deals might make it difficult to ask adversarial questions to sponsors at these events. “We do not defer any of that control to event underwriters. Our events are produced by an Atlantic editorial team, which has full control over speakers selected and panels produced, and events are moderated by journalists — both from The Atlantic and outside of it — who have complete editorial independence over each conversation,” Anna C. Bross, senior director of communications with The Atlantic, said in a statement. Politico did not respond.

Political consultants and interest groups routinely use political conventions to peddle influence and improve their image. Google and FedEx were among the many companies that helped to sponsor lavish parties for attendees of the 2012 Republican and Democratic conventions. These events attract policymakers, members of Congress, journalists, and delegates, many of whom are elected officials. Members of the transportation industry are planning events in Philadelphia, advertising the chance for executives to mingle with legislators, mayors, and governors.

But the role of media outlets in embracing the same strategies is the latest sign that the ethical boundaries of journalism are changing.

As traditional advertising revenue has collapsed over the last two decades, many newspapers and magazines have turned to sponsored events for income. In 2009, the Washington Post planned to offer off-the-record salons with lawmakers, business leaders, and Obama administration officials, selling seats at the table for as much as $25,000. After rival Politico broke the news, the Post reversed course and canceled them.

Many media outlets have embraced native advertising, an industry term for advertisements that looks like editorial content, except for a small disclosure to identify the content as sponsored. In 2013, The Atlantic briefly hosted an “advertorial” from the Church of Scientology that promoted controversial leader David Miscavige.