For Hillary Clinton’s Campaign, “Extremely Careless” Is a Soundbite to Celebrate

The Clinton campaign is “pleased” that an FBI investigation concluded that she and her aides “were extremely careless in their handling of very sensitive, highly classified information.” 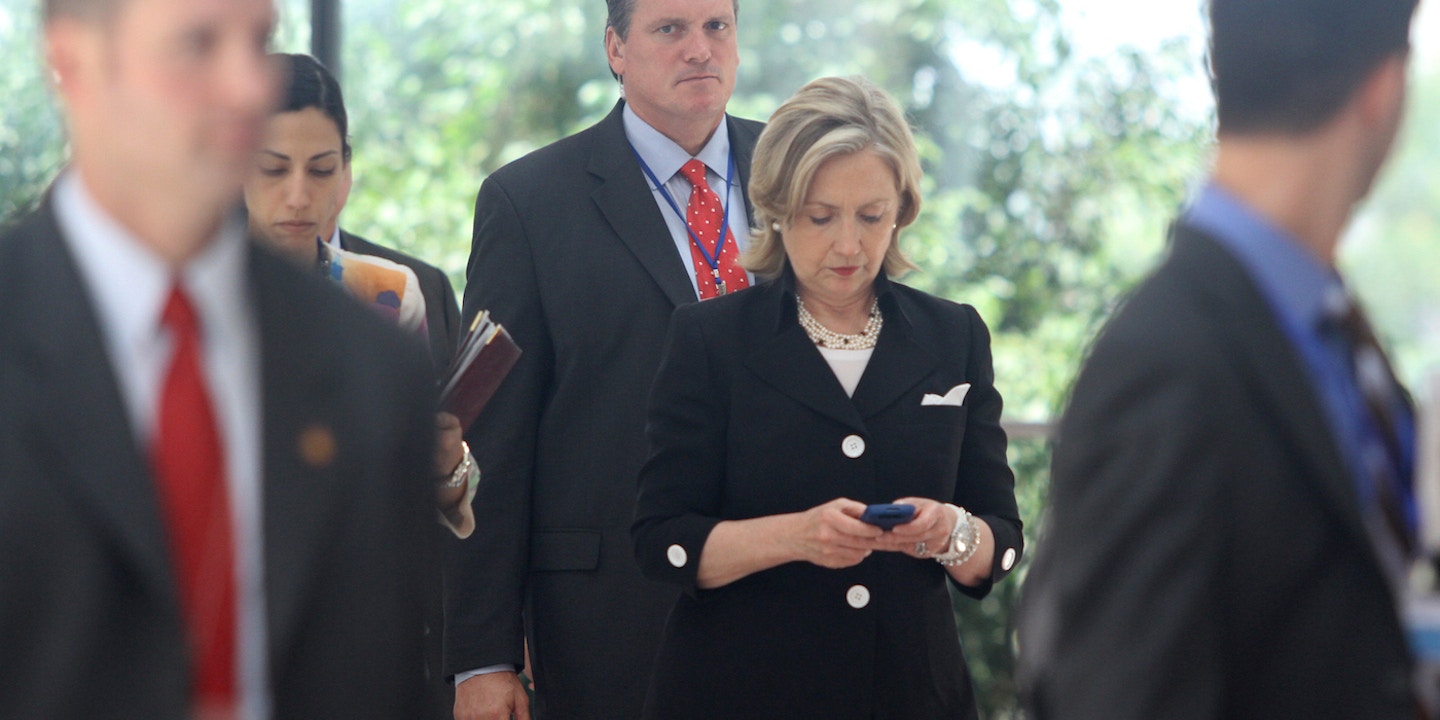 When Hillary Clinton first acknowledged in March 2015 that she had indeed used a private email account —  and her own server — to conduct official government business as secretary of state, it would have been hard to imagine that her campaign would 16 months later pronounce itself “pleased” that an FBI investigation concluded that she and her aides “were extremely careless in their handling of very sensitive, highly classified information.”

But that is precisely what happened on Tuesday, after FBI Director James Comey announced that the bureau had recommended to prosecutors at the Department of Justice “that no charges are appropriate in this case,” despite finding that 110 of Clinton’s emails did “contain classified information at the time they were sent or received.”

Of course, it was not the criticism that Clinton’s campaign was pleased about — or the fact that Comey presented evidence that the candidate’s repeated claim that she “never sent nor received any information that was classified at the time that it was sent and received” was demonstrably false.

Here, for the record, is Clinton saying, on March 10, 2015, “I did not email any classified material to anyone on my email.”

Four months later, that talking point was revised slightly, as Clinton began to say that she was “confident” that none of the 30,000 emails she turned over to the State Department contained classified information.

By ignoring the damning information uncovered by the FBI — that Clinton’s elaborate system for avoiding the requirement that public servants should make their official correspondence available in public archives had exposed dozens of messages containing secret information to potential interception — the candidate clearly hoped to put the matter behind her.

While that satisfied many of her supporters —  and predictably angered most of her detractors — treating the FBI director’s conclusion of “not criminal” as a seal of approval seemed to leave many Americans feeling queasy, and others wondering if the laws on mishandling classified information just do not apply to those in power.

2/ The why-why-why is why HRC would make herself vulnerable this way.

Similar Q has come up with other members of the family.

FBI destroyed CIA officer Jeffrey Sterling's exemplary life for a fraction of what Clinton was not prosecuted for. https://t.co/tawLWg7Wpe

The response to the news on social networks divided along partisan lines to such an extent that it seemed like further evidence that those who love and hate Clinton might just as well live in parallel universes.

After months of treating the idea that Hillary Clinton would be indicted and hence “not allowed to run” as an article of faith, Republicans were stunned to hear the FBI director — who was appointed Deputy Attorney General by George W. Bush and had donated money to both John McCain and Mitt Romney — recommend that she should not face charges.

In the real world the American people dont have a "get out of jail free" card. Neither should Hillary #ClintonEmails pic.twitter.com/yyOYQNXj1Y

The system is rigged. General Petraeus got in trouble for far less. Very very unfair! As usual, bad judgment.

I'm just impressed he spelled Petraeus correctly. Now someone ask Trump what Petraeus did. He has no clue https://t.co/agllUB3tsa

So the FBI cleared her as a warm-up act to today’s Obama/Clinton rally. Unfuckingbelievable.

don't like Clinton but man the conservative anger over this is heartwarming https://t.co/t5i5bHIsn6

And after more than a year of casting her use of a private email server as a minor issue, Democrats who support Clinton ignored the parts of Comey’s statement that were unflattering to her and celebrated what they called the unmasking of a “pseudo-scandal.”

nobody could have predicted yet another right wing pseudo scandal would fizzle, unless you've paid attn to politics for the last 20 yrs

We seem to have arrived at judgment that was 99.9% predictable,100% obvious 6, 9, 12 mos ago. All warbling to the contrary notwithstanding.

This woman says she's surprised she is only one to show up at FBI bldg to protest no charges against HRC. pic.twitter.com/wI3JFKIfft

Top photo: After meeting Russian officials during an international conference in Vietnam in 2010, Secretary of State Hillary Clinton checked her phone.