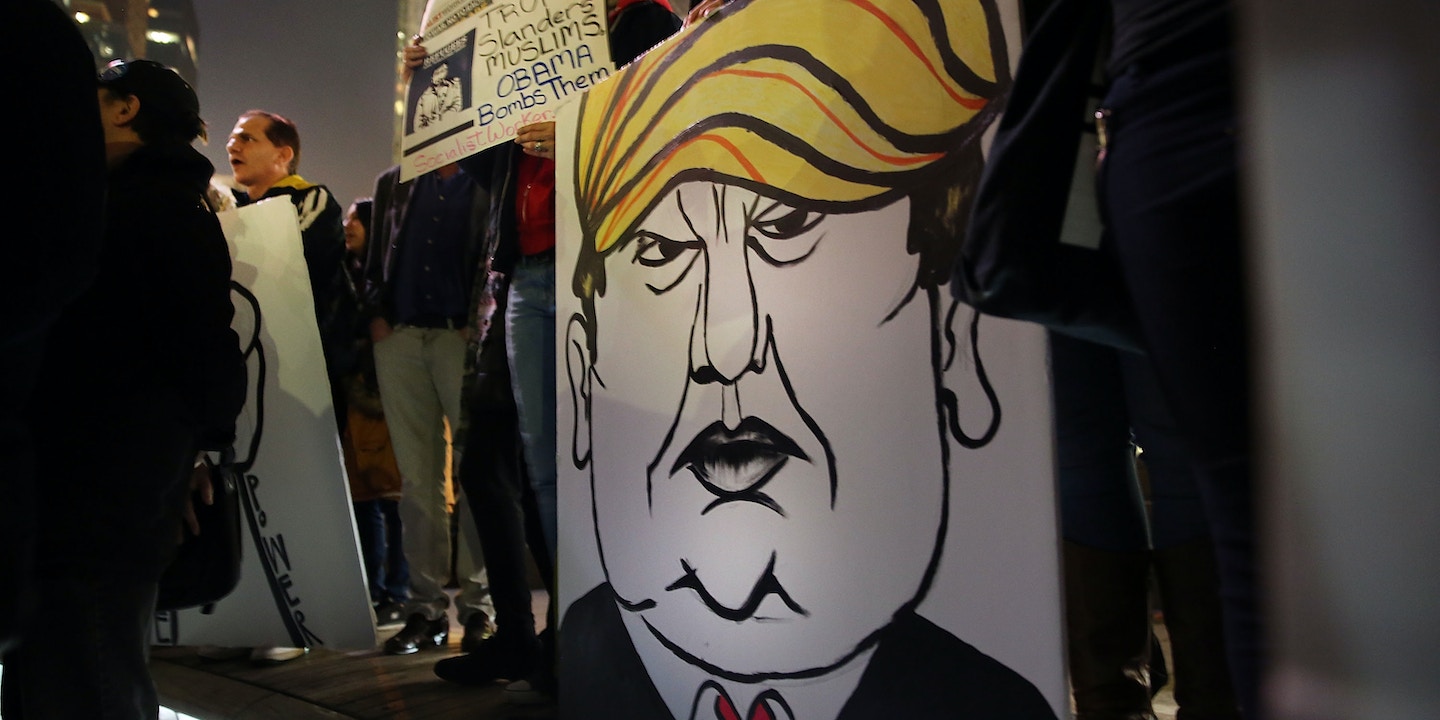 The American Civil Liberties Union is preparing to fight a deluge of unconstitutional acts should Donald Trump become president.

“If implemented, Donald Trump’s policies will spark a constitutional and legal challenge that will require all hands on deck at the ACLU,” said Executive Director Anthony Romero.

In a 27-page memo released Thursday, the ACLU accuses Trump of “police state tactics” and says his proposals on counterterrorism, border security, and women’s rights would routinely violate the First, Fourth, Fifth, and Eighth Amendments.

The report says Trump’s plan for a border wall and “deportation force” would escalate the militarization of border communities, “promising a border security approach akin to the fortified shoot-to-kill zones dividing the Koreas.”

And Trump’s pledge to deport 11 million immigrants within two years would require in excess of 15,000 arrests a day, which the ACLU notes could only be achieved with suspicionless arrests, electronic surveillance, and home raids on an unprecedented scale.

Much of the report expresses concerns for the rights of American Muslims – referencing Trump’s advocacy of profiling and banning Muslim immigrants. The ACLU notes “there has never… been an immigration ban on the basis of religion,” even during periods of racial exclusion in the 1800s.

The report also calls attention to Trump’s apparent ignorance of the law. In addition to raising constitutional concerns about Trump’s plan to “open up the libel laws,” the ACLU points out that Trump doesn’t seem to know that there is no federal libel law to “open up.” The report’s table of contents.

The ACLU, which is the nation’s largest public interest law firm, is a nonpartisan organization, so it does not endorse candidates. It made clear that a review of Hillary Clinton’s policies was “forthcoming” but singled out Trump’s policies as especially dangerous.

The ACLU regularly issues nonpartisan reports on politicians’ civil liberties records, but it is unusual for the organization to pledge its resources ahead of time to fighting a specific candidate’s policies.

But Trump is a special case. “The ACLU and its more than 300 attorneys in all 50 states, Puerto Rico, and Washington, D.C., stand ready to challenge and impede implementation of his unlawful proposals, should he attempt to see them through,” Romero said.

Top photo: A protester holds a caricature of Donald Trump during a demonstration against racism in New York City.